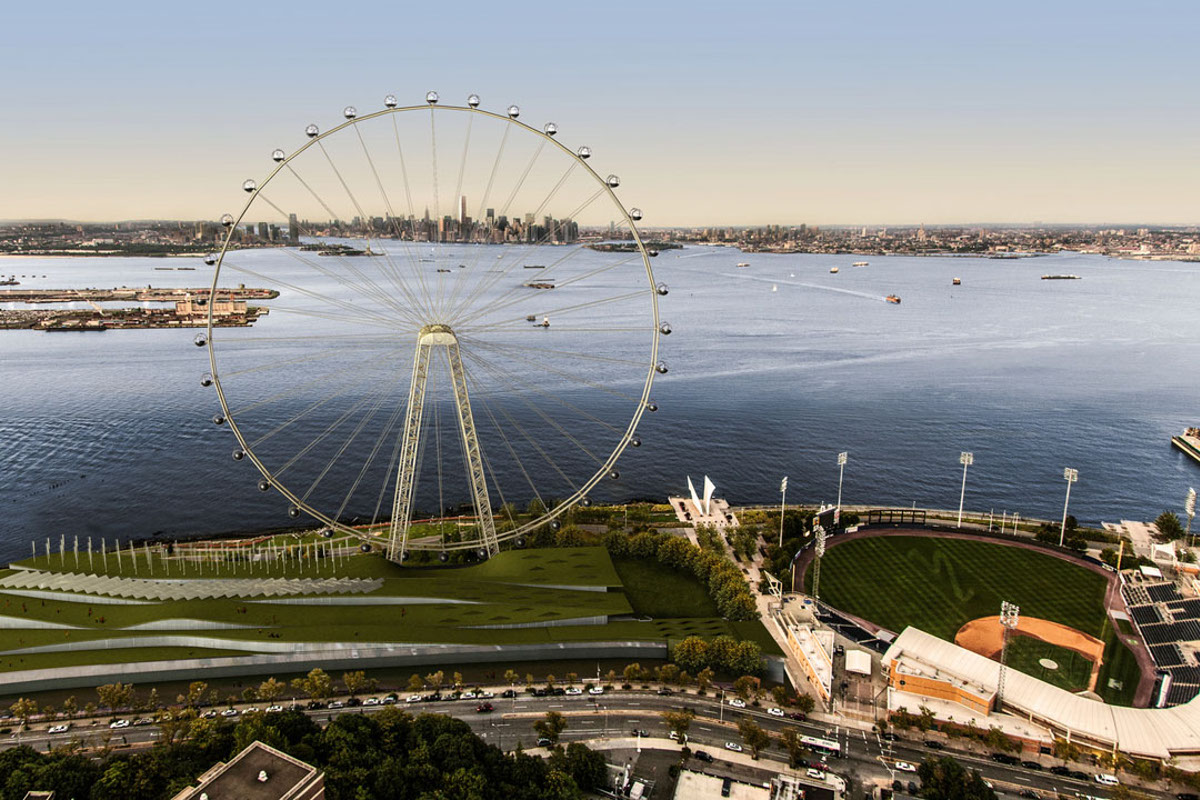 New York City has gone through a tremendous transformation over the past 20 years, and in that time period, Staten Island has always been at the forefront of that evolution.

Between 1990 and 2010, Staten Island’s population not only saw the highest growth among the five boroughs with a 24 percent increase, it also became significantly more diverse in terms of both age and ethnicity.

In that same time period, private sector employment in the borough increased by 32 percent and public transportation options expanded and became more efficient, among many other areas of growth.

Tourism plays a crucial role in New York’s economy, and that is due in no small part to Staten Island’s contributions.

The most notable upcoming addition to the borough’s list of attractions is the New York Wheel. Upon completion, its peak height of 630 feet will make it the tallest observation wheel in the world – as well as the only one in New York City. It will accommodate up to 1,440 people per ride, and welcome an expected 30,000 visitors per day, which will add up to over four million visitors per year.

Inspired by the iconic London Eye, the New York Wheel will offer an unparalleled view of New York City, and undoubtedly become one of the City’s greatest attractions.

In a City that places significant emphasis on its rich history, Historic Richmond Town is an existing, distinguished Staten Island attraction that provides a way to visit the distant past without setting foot outside of the five boroughs.

Historic Richmond Town is a collection of 28 landmarked buildings dating as far back as the late 17th century, and is truly a one-of-a-kind and must-have experience for anyone in New York, whether they are native or visiting.

Staten Island is also intriguing from an artistic and cultural perspective, being home to The Alice Austen House, the Newhouse Center for Contemporary Art, the Snug Harbor Cultural Center and Botanical Garden, and the Staten Island Museum, among many more galleries and exhibits.

Because of this strong commitment to culture, Staten Island has often been the borough of choice for artists and musicians, as well as the setting for films and events such the four-day Staten Island Film Festival, which debuted in 2006 and is due to return to the borough next year.

In light of the recent population explosions in neighborhoods such as Astoria, Bushwick, and Williamsburg, Staten Island is beginning to look more and more like the next area on that list.

This fall, Ironstate Development is set to launch 571 new luxury apartments in the Stapleton area as part of project “Urban Ready Life,” or “URL” for short. The end result of this new development will include 900 apartments with amenities and an array of surrounding retail that caters to young adults living on Staten Island.

Although it can sometimes be overshadowed by the more dramatic and noticeable growth in the other boroughs, Staten Island has been pulling its weight in rising from the recent recession.

According to REBNY’s latest Residential Sales Report for the second quarter of 2015, the total consideration (total amount paid for sold real estate) in Staten Island saw an increase of 27.7 percent from the first quarter of 2014, and home sale prices rose 31 percent in the same period.

Coupled with its steadily growing population and tourist attractions, Staten Island has shown that although it might not have all the bells and whistles of Manhattan, it more than makes up for it by representing New York’s diverse community and rich culture.

August 18 is REBNY’s next Residential Breakfast Club Seminar. From 9:30 a.m. to 11 a.m., join your fellow REBNY members at this free seminar in our Mendik Education Room, where our top industry leaders will be imparting hints and tips to improve your business. For more information, contact Yesenia Dhanraj at YDhanraj@rebny.com, or check the Events section of www.rebny.com.

REBNY’s next Residential Rental Clinic Seminar in September 11 from 9:30 a.m. to 10:30 a.m in the Mendik Education Center. Presented by Daniel Marrello of Town Fifth Avenue LLC and Douglas Wagner of Bond NY Properties LLC, join fellow REBNY members in this exciting seminar that will teach you more about how to expand and improve your residential real estate business. For more information, contact Yesenia Dhanraj at YDhanraj@rebny.com.

The City has developed a new e-cycleNYC program to assist residential buildings in complying with a new law which makes it illegal for New Yorkers to discard electronics in the trash. Residential buildings wishing to participate in this free program will be required to sign a Site Sponsor Agreement, and REBNY’s Residential Management Council and its legal team have reviewed the Terms of Agreement with the Department of Sanitation and ERI, who have agreed to REBNY’s recommended changes. Special thanks to Ben Kirschenbaum, Eva Talel, and Michael Wolfe for dedicating their time and expertise on behalf of the industry.