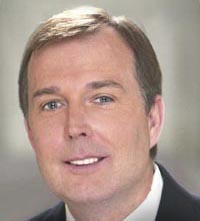 For Martin (Marty) Brady, executive vice president of sales and leasing at The Marketing Directors, residential real estate is a true passion – one that started soon after graduating from St. John’s University with a degree in marketing.

While he tried his hand in consumer marketing at Armour Dial Inc., real estate beckoned. A conversation with his brother Dennis, a real estate developer, and currently Executive Managing Director of Jack Resnick & Sons, sealed the deal. With one caveat: Brady wanted to work in the residential side of the industry.

Since that time and for more than two decades, Brady has honed his skills to become one of the most successful residential real estate executives in the region.

Today, Brady can see his work in residential communities throughout the tri-state region. In fact, he looks at his projects with pride – in many cases they have been at the forefront of the creation of entire neighborhoods.

Brady started off his career in JI Sopher’s Greenwich Village office, where he was an off-site broker. After several years at the firm, Brady decided to make the move to residential project sales and joined The Marketing Directors.

The firm’s professional hands-on approach, combined with on-site sales and marketing teams provided the ideal platform for Brady to learn and hone his craft. It was the perfect match for what he was looking for at that stage of his career.

“Driving sales on the residential side of project development is something I find challenging and fascinating,” said Brady. “When you’re involved in a building from conception to completion, and you watch families move in to residences that you’ve worked so hard to make into a success, it’s a wonderful feeling.”

At The Marketing Directors, Brady has borne witness to the creation of many iconic residential projects, including The Pinnacle in Forest Hills, which, when it came to market in 1992, was named “One of New York’s Top Ten Residences.”

Since then, Forest Hills has undergone a complete transformation, and Brady is once again active in the area, this time supervising efforts at the Aston, a planned 16-story condominium by Cord Meyer Development on Queens Boulevard.

“One of the best features of working on residential project sales at The Marketing Directors is the reach the firm has had throughout the years,” said Brady. “We get to introduce new neighborhoods to a whole different generation of buyers, often returning to that neighborhood several years later. It’s nice to see the buildings we’ve worked on thriving and playing a huge role in the community.”

One example is Greenwich Court Condominium at 275 Greenwich Street, which Brady opened in 1987, when Tribeca was considered an outpost; today he is marketing 415 Greenwich’s penthouses starting at $9,500,000. Some of Brady’s other notable sellouts include: Platinum, 45 Park Ave, Apex, 2 Columbus Ave, Cielo, Morton Square, Centria, 150 Nassau Street, the Impala, and the Empire.

Recently, he spearheaded the record setting sell-out of The Jefferson on East 13th Street in Manhattan.

For Brady, he has found his home at The Marketing Directors, and he continues to use his sparkling personality and extensive knowledge of the market to help the firm achieve tremendous success at its rental and condominium properties throughout the region.