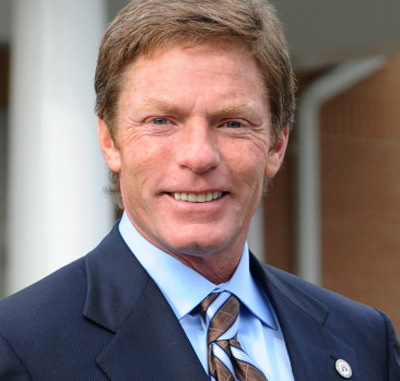 The 2015 REBNY Banquet will be Steven Spinola’s last as REBNY President. He will be retiring later this year after nearly three decades of dedication to the board.
On the day of  the 119th Annual Gala, leaders of the city, state and its real estate community pays tribute to Steve’s work .
We at Real Estate Weekly would like to add our own salute to this stalwart of the industry and thank him for his years of working to help make New York City an even greater place to live and work. Thank you Steve.
— Linda O’Flanagan, managing editor,  Real Estate Weekly

“Steve is a consummate and passionate professional who has dedicated the past 30 years to the betterment of New York City and the real estate community.  It is my honor to call him a trusted advisor and great friend.  He is a class act, and I wish him well in his future endeavors.” –   Ken Fisher, Partner,  Fisher Brothers

“I am so proud to have worked with Steve at REBNY over the past nearly three decades, and throughout his career “There was not a single issue facing our industry, our city, or our state, that Steve shied from. His strong and decisive leadership, his strategic and political instincts and his tremendous dedication to New York has ensured that our city’s real estate industry had the tools and resources we needed to make important and significant capital investments, create jobs, and enhance communities throughout the five boroughs. I know that while we will miss him at REBNY, Steve’s impact on our city will continue for years to come.” –  Bill Rudin, Vice-Chairman and CEO of Rudin Management Company and Chairman of the Association for a Better New York (ABNY).

“Steve Spinola has been an effective advocate for 30 years for New York’s real estate industry and the hundreds of thousands of jobs it represents because he follows old time practices—hard work, being a man of his word and the trust he has been afforded as a result.  Steve’s success is due in large part to his ability to build consensus based on those virtues.” – Patrick Foye, Executive Director of the Port Authority of New York & New Jersey.

“Whenever I made a request to Steve it got filled quicker than anybody I know. Apologies to all of you who thought you are the best. He is.” – Governor David Paterson

“Probably one of the most impressive and overlooked qualities that Steve possesses is his ability to keep a multitude of competing constituencies happy. Under the leadership of Steve, REBNY has skillfully brought together every major player in our industry, brokers, owners, developers, politicians etc., and got them all to play nicely in the same sandbox. Our industry is the better for it and we owe a debt of gratitude to Steve for his many decades of tireless and selfless leadership.” –   James R. Wacht, president Lee & Associates NYC.

“Steve has always impressed me with his ability to effectively maneuver amongst some of the strongest personalities in our industry, providing an open ear to their opinions and often getting everyone to an unified position. This ability has provided REBNY with tremendous ammunition with which to fight for the best interests of our industry and our city. He will be leaving extremely large shoes to fill and we will truly miss him.” – Bob Knakal, chairman, New York Investment Sales, Cushman & Wakefield.

“No one has worked harder for the real estate industry than Steven.  He has built the framework for it’s continued success.” – Jonathan J. Miller, CRE, CRP President/CEO, Miller Samuel.

“Steven Spinola is so much a part of the way we do business today. I can’t stress enough how much I have admired and appreciated the work he has done on our behalf. He has been our industry’s statesman and it’s going to be hard to imagine

REBNY – and all of New York real estate – without his calm, sure hand. He’s been a part of my life and career for as long as I’ve been in the City; I honestly don’t remember a time when he wasn’t at the helm of REBNY. His steady leadership saw our industry through  some of its greatest crises, including the 1991 real estate downturn, 9/11, 2008 downturn and Superstorm Sandy, as well as greatest comebacks in our industry’s history. He’s worked with multiple mayors and administrations, more owners and investors I can count, and made REBNY one of the greatest real estate forces in the world. He will be greatly missed, but I still expect to see him at least once a year at the Gala! – Faith Hope Consolo, chairman, retail sales & leasing, Douglas Elliman

“Steve’s incredible knowledge, expertise and devotion to the real estate industry and, by extension, NYC,  will be sorely missed. He was an early supporter of the Brooklyn Marriott and helped push through all kinds of rezoning and economic development initiatives that particularly benefited Brooklyn. The effects will continue for decades to come. Good luck Steve – from all of us at Muss Development.” –  Jason A. Muss, Principal, Muss Development

“My admiration for Steve stems first from his great service in city government. Steve has taken those skills and brought them right into the private sector.  He is a consummate diplomat and a great listener, who forges consensus on issues that impact all of us in the real estate industry.  Under his leadership, REBNY has become much more than a group that represents owners as he represents all of us, and represents the best in us.” – Joseph Harbert, President, Eastern Region, Colliers International

“Steven Spinola is an ally and partner to the real estate industry, and a champion for new housing and economic development Citywide. He continues to stress the importance of the industry to New York City’s economy and throughout his tenure, cultivated and developed REBNY’s membership to make the Board a true force in uniting to solve important problems facing our industry and helping to achieve REBNY’s longtime mission of building and serving New York.” –   K. Thomas Elghanayan, Chairman, TF Cornerstone

“Steve Spinola has done a tremendous job throughout his career in unifying the disparate elements of our industry with REBNY speaking as one voice to both the New York City and State governments, as well as to Washington D.C. This has been a benefit to us all and allowed our industry to have far more influence than if many individual voices were speaking separately.” –  Peter Hauspurg, Chairman and CEO, Eastern Consolidated

“Steve Spinola has been a tremendous advocate for the commercial real estate community and all New Yorkers. He’s carried himself with the utmost integrity and has served as a valued leader for New York. We wish him the very best in this next chapter of his life.” –   Ron Lo Russo, President, NY Tri-State Region, Cushman & Wakefield

“Steve is one of the all-time greats and I have great respect and admiration for him. In addition to being a terrific advocate for the industry, he proved himself an effective leader during difficult times, including in the aftermath of 9/11, the Great Recession and Hurricane Sandy.” –  Larry Silverstein, Chairman, Silverstein Properties Inc.

“Steve Spinola has been a singular, unified leader and voice not just of the Real Estate Board but of the entire real estate industry.” –  Paul J. Massey Jr President, New York Investment Sales, Cushman & Wakefield

“Steve Spinola is a true giant in the real estate industry.  He is one of those rare people who can look back at a long list of important accomplishments that will impact the industry, the city and the country for years to come. We were extremely lucky to have him and personally, I will miss working with him. He’s truly one in a million.” –   William C. Montana, Senior Managing Director, Savills Studley

“I’ve loved working with Steve Spinola over the years.  He’s had an incredible tenure as REBNY President and has been a pivotal force in advocating for the New York City real estate industry. His legacy is to be celebrated and will not be forgotten.” –  Dottie Herman, President & CEO, Douglas Elliman

“Steven Spinola has demonstrated incredible leadership during his tenure as REBNY President and we are very grateful for all he has done for the industry. We wish him all the best and will miss his dedication, passionate advocacy, and tireless devotion to the citizens of New York City.” –  Miki Naftali, Founder and CEO of the Naftali Group.

“Steven Spinola is an icon who exemplifies integrity and whose vision has unified our industry. His work extends well beyond REBNY, as he has helped all of New York City through his tenacity and unwavering dedication to our industry.” –  Andrew Heiberger, CEO and Co-Chairman, TOWN Residential

“Steve Spinola’s leadership at REBNY has had an enormous  impact on New York City real estate over the last 30 years.  His contributions cover every product type, every part of the City, and are everywhere to be seen on the skyline. Steve, Bravo and thanks!” – Mary Ann Tighe, Chief Executive Officer, New York Tri-State Region, CBRE, Inc

“In honor of his outstanding efforts and his incredible achievements in the real estate industry, I am thrilled to congratulate Steve Spinola on his impeccable, long-standing career at the Real Estate Board of New York. We are a better and stronger real estate community thanks to his leadership.” –  Diane M. Ramirez, Chief Executive Officer, Halstead Property

“Steve Spinola has been tremendous advocate for our industry.  He has led REBNY skillfully through five mayoralties and countless crisis. Throughout his tenure, he has kept the organization together and made our City a better place using his disarming disposition, skillful diplomacy and well-timed sense of humor.” –  Douglas Durst, Chairman, The Durst Organization

“Steve’s been a fixture of REBNY and probably one of the most quintessential spokespersons for our industry. It’s hard to replace that level of experience and relationships and gravitas over the decades; I think their choice is a good one. Steve set a good foundation and made it what it is.” –   Scott Rechler, CEO, chairman, RXR.

“Steve has been a principal voice offering unwavering support for the real estate community for nearly 30 years, and is one of the most well-respected individuals in the industry. He’s served as a leader, voice of reason and advocate for New York City real estate, and I am incredibly grateful for his valued contributions. To say he will be missed is an understatement.” –  Pamela Liebman, President and CEO of The Corcoran Group

“Steve Spinola has been the engine that has led our industry over the past 30 years through various cycles and different administrations.  He has the unique ability to blend all of our egos into a cohesive unit with one strong voice.” –  Stephen L. Green, Chairman of the Board, SL Green Realty Corp

“Over the last two decades, it has been my enormous pleasure to work at REBNY with Steve Spinola. Steve is smart, even-handed, skilled at compromise while always adhering to principles. The Board of today is what it is because of Steve. I will really miss him!” –   Frederick Warburg Peters, President, Warburg Realty