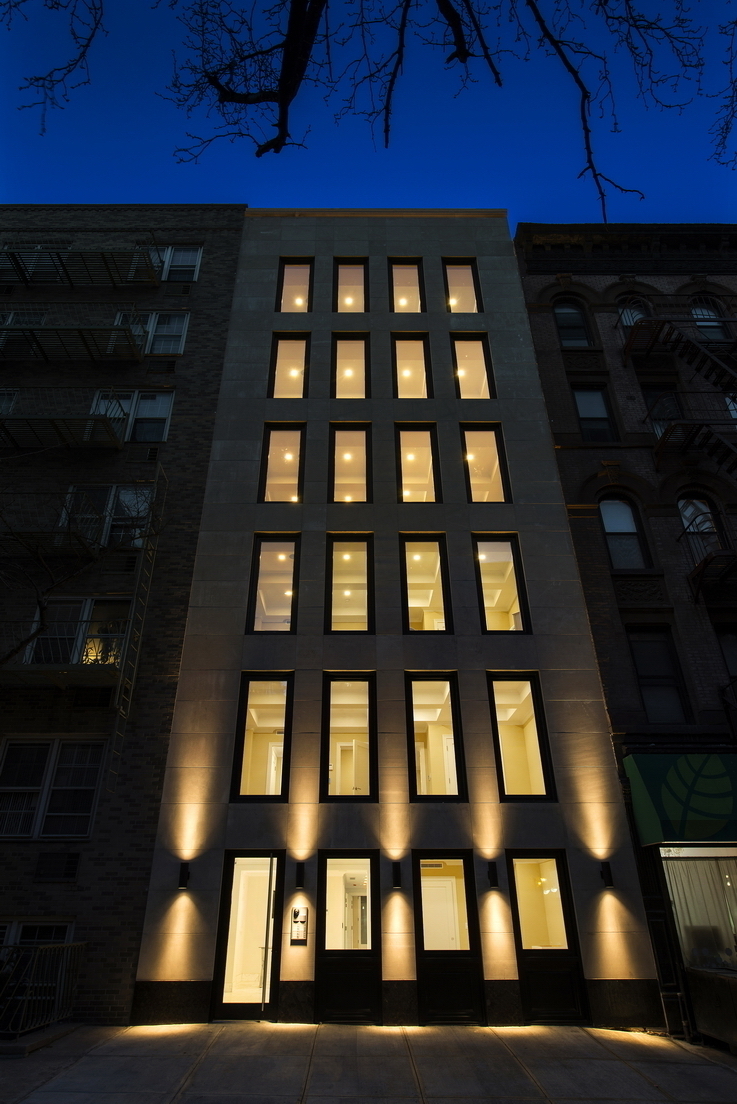 The Justin adorns subdued corner of Upper East Side

The Justin, a condominium building located in a subdued corner of the Upper East Side, is generating fast-moving transactions, with prospective residents being lured in by a generous amount of floor space and tree-lined surroundings.

The property, located in 225 East 81st Street, had three units under contract in less than a month. Sales were launched last September, lasting for about two weeks. According to the developer, Michael Paul Enterprises, they took the building off the market because they wanted to finish construction before they showed it to buyers.

The Justin resurfaced last May, with Michael Paul hosting a screening party for the season premiere of reality show Million Dollar Listing New York on the premises. One of the show’s subjects, Ryan Serhant of Nest Seekers International, is one of the sales agents for the property.

“We had high expectations with this building, and with good reason,” Serhant said. “Buyers have been drawn to the desirable lifestyle this boutique building offers. Each home was designed with great detail by Michael Paul Enterprises, which they appreciate and have responded to.”

Perhaps the most curious element of the property is its name. Oddly, the developers are keeping mum about the origin of the structure’s nom de guerre, simply saying that their brokers advised them not to discuss it.

The mystery is unlikely to dampen interest. The remaining two apartments, a floor-through three bedroom and a three bedroom penthouse, were listed last week, with the developers expecting the same results. “They should be sold, again, within 30 days. We already have the offers,” said Yvonne D’ Alessio, the vice president of Michael Paul Enterprises.

The 13,000 s/f building is a collection of three and four bedroom apartments stacked six stories high. Prices range from $3.3 million to $6 million, with the cost of units ramping up based on size.

The property used to be a multifamily building. Nothing of the original brownstone structure remains except for the side walls. The renovation process took over 12 months to finish, with the developer excavating the basement to construct a new steel and concrete structure.

The rebuilding process, which was classified as an alteration, cost Michael Paul $625 per s/f. The result was, as D’Alessio puts it, a living space that mimics a quiet townhouse. “It’s for somebody who wants to live in a townhome but doesn’t want that townhome expense,” she said.

All the units in the Justin come with full height Kolbe windows, masonry fireplaces, coffered ceilings, wideplank oak floors with radiant floor heating and outdoor space. The apartments are large; the two apartments that are on the market, the three-bedroom and the penthouse, both occupy an area of 1,766 s/f.

The penthouse is priced at $4.9 million, over a million more compared to the other available unit, because of the addition of a 1,700 s/f roof deck. The most expensive unit in the building is a four bedroom triplex maisonette on the first floor. The apartment has an area of 3,822 s/f and was sold for $6 million.

While the trimmings generate interest, one of the biggest perks the property provides is the opportunity to live in a quiet corner of a hectic city. It’s a small sample size, but the property’s new owners are a mix of families and couples, and D’Alessio said that they were seduced by the neighborhood as much as the contents of their apartments.

“The 2nd avenue subway coming is a big plus. People who are buying in this area… the school system, a lot of people coming here are for the school system. It’s very family-oriented, especially on 2nd Avenue. If you walk down, there are tons of children and strollers. I think it’s a great place to raise children,” she said.