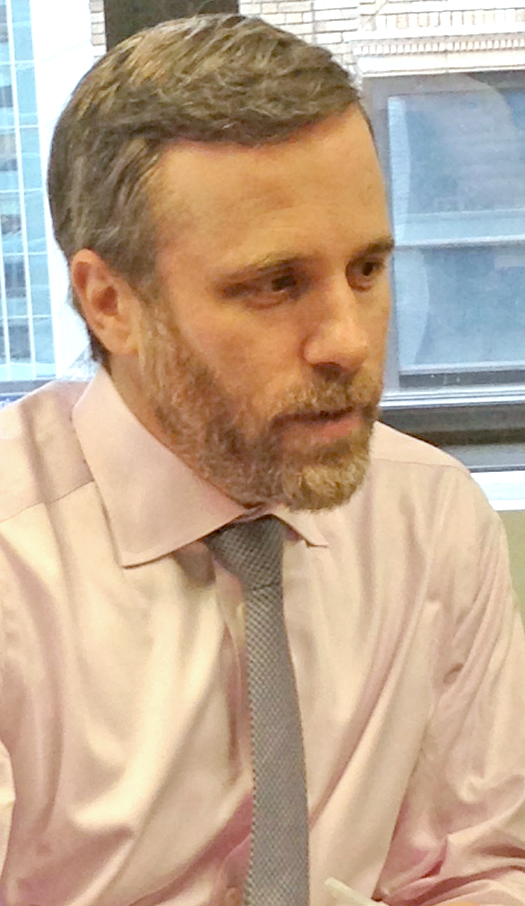 Taxing times as investors examine all the options

James Nelson: What is your most recent office acquisition and your typical business plan?
Bill Elder: 61 Broadway and 470 Vanderbilt are the two most recent acquisitions that we have closed in the last 60 days or so. We are excited to have a Downtown presence now, and are looking into Brooklyn and potentially Queens as we see opportunities past Manhattan. Every building is different, but for the most part we try to find great existing real estate: well located, good floor plates, and a theory about the direction of that submarket or location. Downtown is re-emerging as a hot market, and everyone is going down there, so we wanted to get in front of it.
Brian Steinwurtzel: We’re focused on assets under 500,000 square feet. We look for buildings that either have room for NOI growth through asset upgrades or natural lease expiration in areas of like Long Island City. Our three most recent commercial acquisitions are an office/manufacturing building in Long Island City, a retail play in Little Italy and an office building on 34th Street. We have also been purchasing residential properties in the East Village and Lower East Side with partners.

Andrew Levin: We haven’t done an office acquisition since 2010, when we acquired 510 Madison Avenue. The building was under development, and we acquired the mezzanine position. We worked with Harry Macklowe, the developer, to acquire the property, and then paid off the underlying mortgage, which had been bought by SL Green. These days, we’re on the hunt for ground-up development or major redevelopment.
Chris Schlank: We love Downtown, and own about two million square feet. Our most recent acquisition is 110 William Street, a 940,000 square foot, 37-story office building. The building is in good shape. Mechanically, the lobby needs to be redone, and then we roll about 120,000 square feet of leases over the next four years. We’re also doing a recap and ownership takeover of the Citicorp Building in Long Island City.
Bill Elder: Long Island City is a really interesting market in that the product is much like Midtown South and West Chelsea, which is attractive to the creative industry. I think Long Island City’s going to do pretty well over the next few years.

James Nelson:What is the metric that you buy on?
Bill Elder: The gut check is many times the price per foot, but the IRR is a big component for us.
Andrew Levin: We are current return and cap rate driven. It is difficult for us to compete with groups who are more IRR driven and are looking at the residual exit in 3-5 years, or the folks who are willing to accept a much lower yield to park capital.
Chris Schlank: We’re more IRR driven than we are cap rate driven, because we have a fund structure, so we don’t need current return. We look for residual, and we’re much more concerned about the stabilized price per square foot. We’re buying 110 William for $285 a foot, but they stabilize at $297 a foot, because there is cash flow. I feel very good about owning a stabilized 950,000-square foot building downtown for $300.

James Nelson: Are you all seeing a lot of competition?
Bill Elder: We’re seeing it from all angles. REITs are back in the game a little bit, a lot of private equity, and definitely foreign participation. It depends on the building and the market, though.

James Nelson: Are you buying all these deals with cash? What kind of leverage do you put on these?
Andrew Levin: We have the flexibility to do all kinds of financing. We first go with the balance sheet because we have a lot of cash and a lot of capacity, then we find the best financing structure possible, whether it’s using our corporate unsecured debt, asset specific debt, or other means.
Chris Schlank: Because we’re doing the value-add projects, we’re typically doing floaters. We’re always 65 percent of the buy, and then we go 65/35. The nice thing about being fund structured, if you have the money, you can pretty much do whatever you want with it.
Bill Elder: For the most part, 60/40 is our general threshold; sometimes a bit less. We do a lot of balance sheet lenders and some CMBS. Generally, we have co-investment opportunity with our fund investors, and between that and our fund allocations, provides most of the equity for an entire asset. If we don’t have a co-investor for a particular asset, we’ve got a joint venture with North Star. We can take it down that way and syndicate out afterwards, hold it, or whatever we feel comfortable with.

James Nelson: What kind of rents are you achieving?
Andrew Levin: 510 Madison Avenue in Midtown is more of a boutique office building where rents range from the upper $90s to $140 a square foot. We’ve seen a growth market in smaller financial services, and high-end product in the Plaza District, where as Midtown South has been seeing growth in technology.
Chris Schlank: One of the keys to being able to take an old building and make it relevant with new infrastructure is to do an internal redo all at once. It’s much easier to do that than to take a building and retro-fit it around the existing tenants.

James Nelson: How does New York City compare to the Boston, Washington D.C., and San Francisco markets?
Andrew Levin: I would say the hottest market for Boston Properties right now would be the markets that are most exposed to the tech market. San Francisco is obviously the hottest right now. Parts of Boston, Cambridge specifically, is a very strong market and they are both markets that we’re trying to grow. Washington is less exciting at the moment as most of the leasing velocity is expiration driven. New York City, as we spoke about before, is really a tale of a few different markets, some hot and some not but no part of New York seems to be suffering from a Landlord perspective. It really depends on where you are and what space you have available.

James Nelson: Are you looking outside of New York City?
Chris Schlank: Secondary and tertiary markets are called that for a reason. We were seduced by cheap bricks back in the last 90s that were built for and occupied by IBM and then vacated by IBM. You think, well, how could you go wrong? There is no market up there, and there is no liquidity up there. We’re focusing on New York City, Brooklyn, and Long Island City.
Bill Elder: We’re in the process of raising an emerging markets fund, which will focus on opportunities in Brooklyn, Long Island City and Staten Island, as well as other locations in the tri-state area. We’ve looked at a bunch of things, and we’re positioned to take advantage of opportunities outside of New York City.

James Nelson: Is real estate tax something that’s on your mind? Is it a concern?
Bill Elder: It’s something we look at, and part of a deal analysis. We have tax consultants that help us underwrite increasing tax bases over period of time. I don’t think it has driven anyone necessarily out of the city yet, but as the years go on, it becomes more and more painful.

Brian Steinwurtzel: Our family tilts to the left politically. Along those lines, real estate tax is what pays for the infrastructure that makes New York great. That being said, there are two primary issues with our current system: 1) a lack of transparency in how they’re calculated and 2) the disproportionate share of taxes that commercial buildings pay versus the co-ops, condos and townhouses in the city.
Andrew Levin: From an office development standpoint, there are very few new office buildings that get built of any size or scope that don’t have some sort special real estate tax package which lowers the real estate taxes for some period of time relative to market taxes. Real estate taxes are a huge number today compared to market rents and is one of the largest constraints to new development in New York today.
Chris Schlank: Tenants renting 10,000 square feet and above always make sure that the tax base year that they’re signing up takes into consideration the bump in taxes.

James Nelson: What other type of job growth beside tech do you see in the city? Who are the tenants that are, taking up more space right now?
Bill Elder: You are starting to see individuals and teams leaving the big financial institutions to set up their own businesses: private equity funds, hedge funds, venture capital. Bigger financial firms are getting close to running out of space, and eventually will run out of options in the existing stock of building inventory.
Brian Steinwurtzel: We complete over one million square feet of leasing per year in our portfolio and very few of our tenants are growing. Those that are growing are accommodating their growth by right sizing their spaces. With rents rising significantly in the areas we own property, most tenants look to lock in the lowest rent they can; and avoid the cost of moving.
Chris Schlank: We’ve done about a million square feet of renewals and new leases. I can’t think of one tenant that’s taken more space, but I can think of 15 tenants who we’ve moved from one building in 20,000 square feet to another building Downtown at 60 percent of the rent and 70 percent of the square footage.