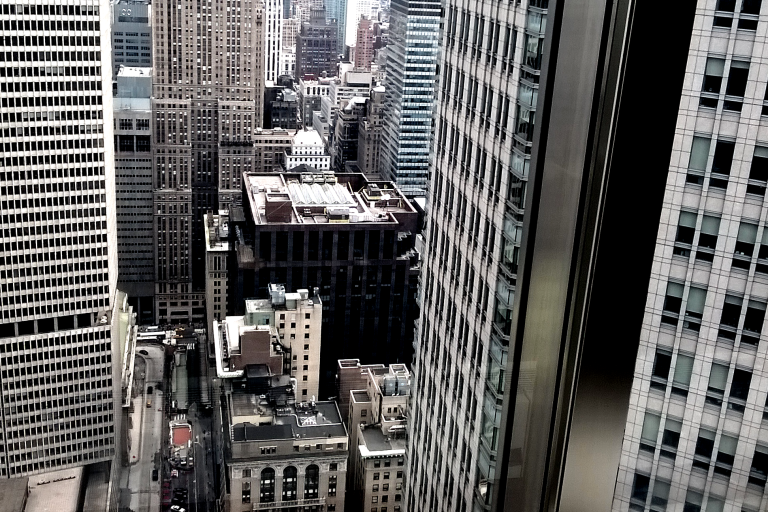 East Midtown rezoning got its biggest endorsement to date last month: buy-in from one of the neighborhood’s oldest and most important corporate occupants, JPMorgan Chase.

Yet, while the bank’s commitment to a new and improved 270 Park Avenue provides a vote of confidence and a blueprint for other firms to follow, it’s unlikely to set off the chain reaction of development some may have hoped.

“The impact of Midtown East rezoning is something that will play out over a number of decades,” Cushman & Wakefield New York Investment Sales Chairman Bob Knakal said. “The properties that are most likely to be developed in the near future are either owner-occupied, like 270 Park, or hotels, provided they don’t have any rent-regulated tenants.

“With that in mind, there are probably 16 sites that could take advantage of the zoning changes and the overwhelming majority cannot be developed in the short term because they have multiple owners, some have seven or eight owners; some have more,” Knakal said. “These things take time to play out.”

Bound by Third and Fifth Avenues, and 39th and 57th Streets, Greater East Midtown is home to some of the country’s most desirable office property, with access to top-notch restaurants and hotels as well as Grand Central Terminal.

However, the aging towers in Midtown East are quickly falling out of step with market demands while modern replacements rise in Midtown West and the Financial District.

To protect its status as the premier office market in Manhattan, the city council rezoned Midtown East last year, increasing as-of-right FAR and creating an exchange for landmarked buildings to sell air rights freely throughout the district.

To take advantage of these changes, owners must create public spaces and pay into an improvement fund for subways and sidewalks, with the end goal being a wholly revitalized neighborhood to rival those recently built from scratch.

In February, JPMorgan announced its plan to demolish its current headquarters and replace it with a new 70-story, 2.5 million s/f tower. As the first project to use the new zoning, the bank’s headquarters sparked a renewed excitement in Midtown East.

“It’s the single biggest piece of news we’ve had for Midtown post-One Vanderbilt in terms of what it’s going to do positively for the marketplace,” Cushman

“All this development has created a nuclear arms race when it comes to redeveloping old buildings, (there are) 40-plus buildings that are going through very substantial capital modifications so they can compete,” Clark said. “On Park Avenue, a lot of those buildings don’t lend themselves to that, so what JPMorgan Chase did is great. I know of two large corporate tenants that would love to do something like that on Park Avenue.”

JPMorgan’s announcement drew effusive praise from politicians in city hall and Albany, both for the building itself and the underlying plan that facilitated it. A week later, MRP Realty and Deutsche Bank announced the purchase of 30,000 s/f of air rights to add four floors to 405 Park Avenue.

“The recent announcements make it clear that we struck a good balance in East Midtown,” City Councilman Daniel Garodnick said.  “As a result of our plan, new development will not only spur economic growth but also will deliver hundreds of millions of dollars of investment into public spaces. I expect there will be more to come.”

However, the redevelopment will be less like a domino tumble and more akin to a slinky that needs to nudged along every few steps. “When East Midtown was fashioned, I think the expectation was always that it would happen over a period of several years,” said Carl Weisbrod, director of the City Planning Department and chairman of the Planning Commission.

Eligible sites that could take advantage of the zoning change include the W Hotel on Lexington Avenue, the former Pfizer headquarters on East 42nd Street and the InterContinental New York Barclay on East 48th Street, Knakal said, though he noted the InterContinental recently underwent a $180 million renovation so additional modifications aren’t likely to come in the near future.

In addition to bolstering an important part of New York’s tax base, Mosler said the rezoning in Midtown East also serves as an example of the stratification of the Midtown market.

“The decoupling of Midtown from Midtown West, Midtown South and Downtown has occurred,” he said. “We’re now looking at each of these as separate submarkets unto themselves and no longer does Midtown drive demand across the spectrum.”

Eric Michael Anton, an associate broker at Marcus & Millichap who specializes in commercial real estate and investment sales, said he still views Midtown East as the leading business district in the city and he doesn’t expect that to change, even as millennials become the dominant demographic in the workforce.

However, Anton said the spread of business activity throughout Manhattan creates ever more opportunities for investors. In particular, he sees the former Garment District—near Penn Station in the West 30s—holding a lot of potential for Class B offices that can serve Class A neighborhoods in Midtown East, West and South.

“It has, literally, the best transportation in the city; Penn Station, Port Authority, PATH and the Times Square subway station,” he said. “It also seems to be the highest concentration of building not owned by institutions, not owned by REITs.

“As the economy and our population grow over the next several years, the area that I call the Midwest will thrive by providing space for accountants and other professional services that service the big firms elsewhere in the city.”