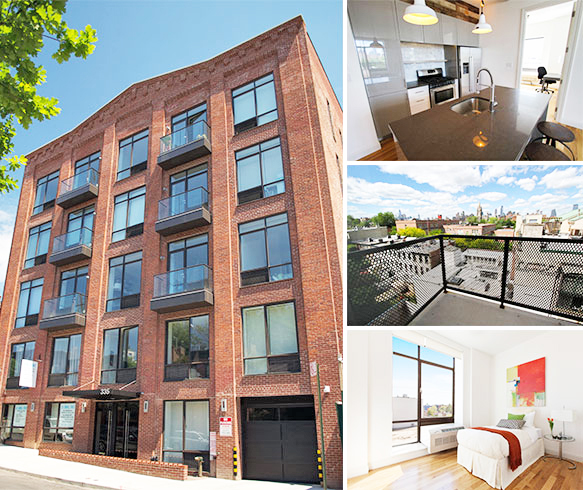 Rosewood Realty Group announced the sale of a Section 8 housing portfolio in the Gravesend section of Brooklyn to a subsidiary of the New Jersey-based property owner, Orbach Group for $17 million.

The seller was Black Spruce Management.

The property includes 17 parking spaces, which rent for $175 a month. Black Spruce purchased the portfolio for $11.4 million in June 2015, city records show.

“It’s a good area and the buildings were well maintained and have a cash flow, and when you combine all that with the scarcity of the market, it was a good deal,” said Aaron Jungreis of Rosewood Realty Group, noting the properties collectively have a roughly 4.5 percent cap rate. He represented both sides in the transaction.

Orbach already manages more than 6,000 affordable and market-rate multifamily units across the north east and California.

The company wants to increase its affordable housing units in the city, and the Gravesend portfolio has a housing assistance payment contract in place with the U.S. Department of Housing and Urban Development.

Tenants generally pay about 30 percent of the rent at the property and the rest is subsidized by the government.

“This is a strategic acquisition for us that strengthens our portfolio in both the short- and long-terms,” said Meyer Orbach, the chairman of Orbach.

Originally built in 1931 as a warehouse loft building, 335 Carroll Street was redeveloped into residences in 2014.

The five-story property has a mix of studio, one-, two- and three-bedroom units, some with home office space and balconies. Amenities include a rooftop deck, lounge with TV and pool table, fitness center and below-grade parking.

Cushman & Wakefield’s Guthrie Garvin and Michael Gembecki exclusively arranged the said of the The five-story walk-ups which contain 40 one-bedroom apartments, of which 37 are rent stabilized and the remaining three are rent-controlled.

The properties are near Memorial Sloan Kettering and other healthcare and educational institutions with accesse to the 68th and 59th Street subway stations, as well as the slated 72nd Street stop on the Second Avenue subway line.

“These rent stabilized buildings achieved great pricing, trading at a 2.61 percent capitalization rate. This is due to the continued high level of demand in the rental market place on the Upper East Side. We see room for growth in this submarket as the Second Avenue subway begins to materialize,” said Garvin.

So far this year, Rosewood Realty has closed over ten Queens deals representing 30 buildings worth over $500 million.

In July, the company closed the $72.15 million sale of a six-building portfolio in Jackson Heights, Queens featuring 324 units.

TerraCRG has been retained to represent ownership in the ground leasing of three senior housing development sites in the recently rezoned East New York neighborhood of Brooklyn.

Dan Marks and Adam Courtney, along with their team, are marketing the properties.

“The increasing demand for high quality and affordable senior housing across the country, and particularly in Brooklyn, makes this offering an excellent opportunity for developers,” said Courtney, associate vice president at TerraCRG.

The recent rezoning has created new demand and will bring density and retail amenities to an already growing neighborhood.

Cignature Realty Associates brokered the $9.4 million sale of a five-story corner multifamily walk-up building in the Inwood section of Manhattan to Hillcrest Acquisitions.

The seller was Geisinger Equities.

Cignature Realty’s Lazer Sternhell and Peter Vanderpool represented both the buyer and seller in the transaction.

The building, which was built in 1928, is located at 546 Isham Street at the southeast corner of Isham and Vermilyea Avenue.

It is approximately 37,700 s/f and features 49 apartments: 32  one-bedrooms, 10 two-bedrooms, four three-bedrooms and three studios. None are free market.

According to the brokers,  Geisinger Equities, led by Larry Geisinger, bought the property in 1985.

“The building was in great condition with no heavy lifting needed in terms of repairs. The average rent per apartment and the average rent per room were very low, leaving the new owner with tremendous potential to increase the rent roll,” Vanderpool said.