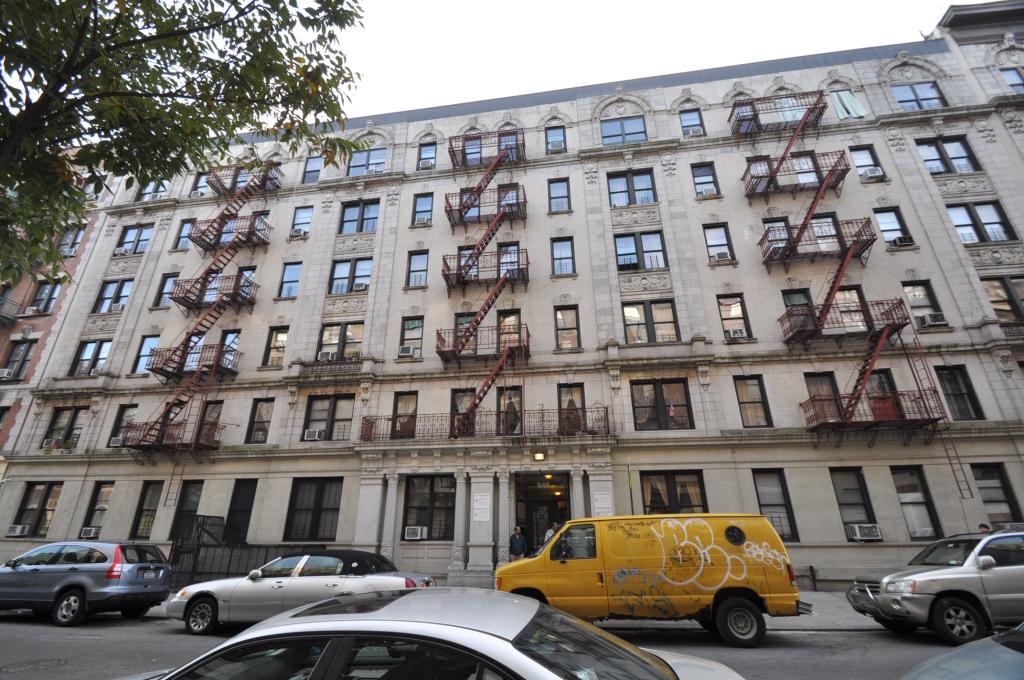 Ritman has directed the leasing program for the property since 2011, bringing the building to 92.2 percent capacity, and will continue to provide these services to the new owner for the remaining vacant space.

JMC plans to initiate a pre-built program in the remaining 8,800 s/f. The Camuto Group will maintain its corporate headquarters at 411 West Putnam Avenue.

According to Mowers, “JMC Holdings was attracted to the property’s strong credit tenancy and minimal near term rollover, and should fare very well with the investment.”

According to NGKF Capital Markets, the sale is the largest commercial sale of office space in Greenwich since 2007.

HFF marketed the property exclusively on behalf of the seller, Invesco Real Estate.

Cornerstone Real Estate Advisers, one of the largest global real estate investment advisers, purchased the asset on behalf of an institutional client.

HFF previously brokered the sale of the property to Invesco in 2007.

“This transaction continues to exemplify the high demand for well-located multifamily in the New Jersey suburban markets,” Cruz said.

“Buildings with such frontage are getting harder and harder to buy because the demand is so great and owners generally are reluctant to sell them.”

The purchaser plans to hold onto the building and increase the property’s income, according to Vanderpool.

The buyer, Six-O Realty Corp, found the property on LoopNet, according to Mitzman, who said the proeprty will be owner-occupied.

“A commercial strip center like this one rarely comes on the market,” said Mitzman. “Located on the Miracle Mile, it’s ideally located for commerce.  Northwell Health is just half a mile away and 60,000 s/f of office space under construction across the street was just taken by NYU Langone Medical Center.”

Upper West Side site picked off for $55M

Cushman & Wakefield announced the sale of 346-350 West 71st Street, a 101 ft. wide redevelopment opportunity between West End Avenue and Riverside Boulevard, on the Upper West Side.

“The width, size and condition of the buildings, vacant and gutted to the studs, presented an ideal opportunity for developers seeking a short duration project in the severely supplied constrained Upper West Side,” said Oster.

Prior to sale the buildings had been completely gutted and positioned for a purchaser to renovate either as luxury condominium or rental apartments.

Situated on the south side of West 71st Street, the buildings are just east of the new community of luxury residences that have been constructed in recent years along Riverside Boulevard and less than a half block from Riverside Park.

CBRE Group, Inc. announced that Jeffrey Dunne, Gene Pride and Travis Langer of CBRE’s Institutional Properties, represented an institutional owner in the sale of Riverview, a 92-unit apartment community located in Norwalk, Connecticut to The Silverman Group for $19.5 million as part of a 1031 Exchange.

Built in 1991, the 92-unit apartment community, located on Richards Avenue, is a value-add opportunity as the interiors have original finishes allowing the buyer to renovate units and capture the increasing demand for luxury apartments in lower Fairfield County.

The building offers underground garage parking, a quiet setting adjacent to the Five Mile River and easy access to I-95 and the Route 1 retail, restaurant and entertainment district.

Dunne commented: “The interest in Riverview Apartments was very strong given the upside to grow rents through a unit renovation program, coupled with its proximity to I-95, Darien, Stamford and New Canaan. We expect new ownership will fare well with their planned renovation program.”

Admiral Capital Group and Wood Partners have completed the sale of 3833 Peachtree, a 222-unit multifamily property located in Atlanta.

The joint venture originally acquired 209 of the 240 units in the broken condominium conversion project in 2012.

The investment provided an opportunity to acquire a well-located asset in need of value-add capital at a discount to replacement cost.

During its ownership, Admiral repositioned the property. A new outdoor pool and cabana area were installed, the lobby, fitness center, and conference areas were upgraded and the partnership purchased an additional 13 units during the hold period.

“3833 Peachtree was another successful execution for Admiral,” said Daniel Bassichis, co-founder of Admiral Capital Group. “Atlanta has experienced very strong job growth, and we will continue to invest in this market.”

Both the buyer and seller were represented by Jones Lang LaSalle’s Atlanta team.

Admiral has three remaining ACRE I assets under management including two multifamily properties (Kent, Washington and Manhattan, New York) and one hotel property in Fort Worth, Texas. Additionally, 3833 Peachtree is one of several Atlanta area communities in Wood Partners’ portfolio.

The RADCO Companies (RADCO) completed its fourth acquisition of 2016 with the closing of The Park at Sutton Place Apartments in Winter Park, Florida, for $32.1 million.

The property adds 288 B class units to its portfolio and will be proudly managed by RADCO Residential.

Lakeside at Winter Park is RADCO’s first acquisition in the Orlando market, and its fourth community in Florida.

The company plans to spend upwards of $4 million in capital improvements.

RADCO financed the acquisition and forthcoming renovation for this property using private capital and financing from BBVA Compass.

Since August 2011, the company has raised over $390 million in private capital to fund its acquisitions making it one of the largest private capital companies of its type in the nation.

This transaction was brokered by CBRE Inc.’s Orlando office.

“The property has significant upside to be gained from its high percentage of rent-regulated units,” said Seth Glasser of Marcus & Millichap’s Manhattan office. “This section of northern Manhattan is rapidly changing and rent growth is on the upswing.”

Glasser, along with Peter Von Der Ahe, Joe Koicim and Jacob Kahn, all in Marcus & Millichap’s Manhattan office, represented the seller and procured the buyer.

Composed of predominantly one- and two-bedroom apartments, the building is located between West 131st Street and 133rd Street across from City College.

Currently occupied by a health center, the property is a historic building with an oversize rear yard and substantial unused development rights potential.

The building, which will be delivered entirely vacant, presents opportunities to be redeveloped for office, retail or residential uses, according to the brokers.

“Investors continue to value Manhattan assets with historic character,” said Noonan. “This is an opportunity for a thoughtful developer or user to create something truly special.”