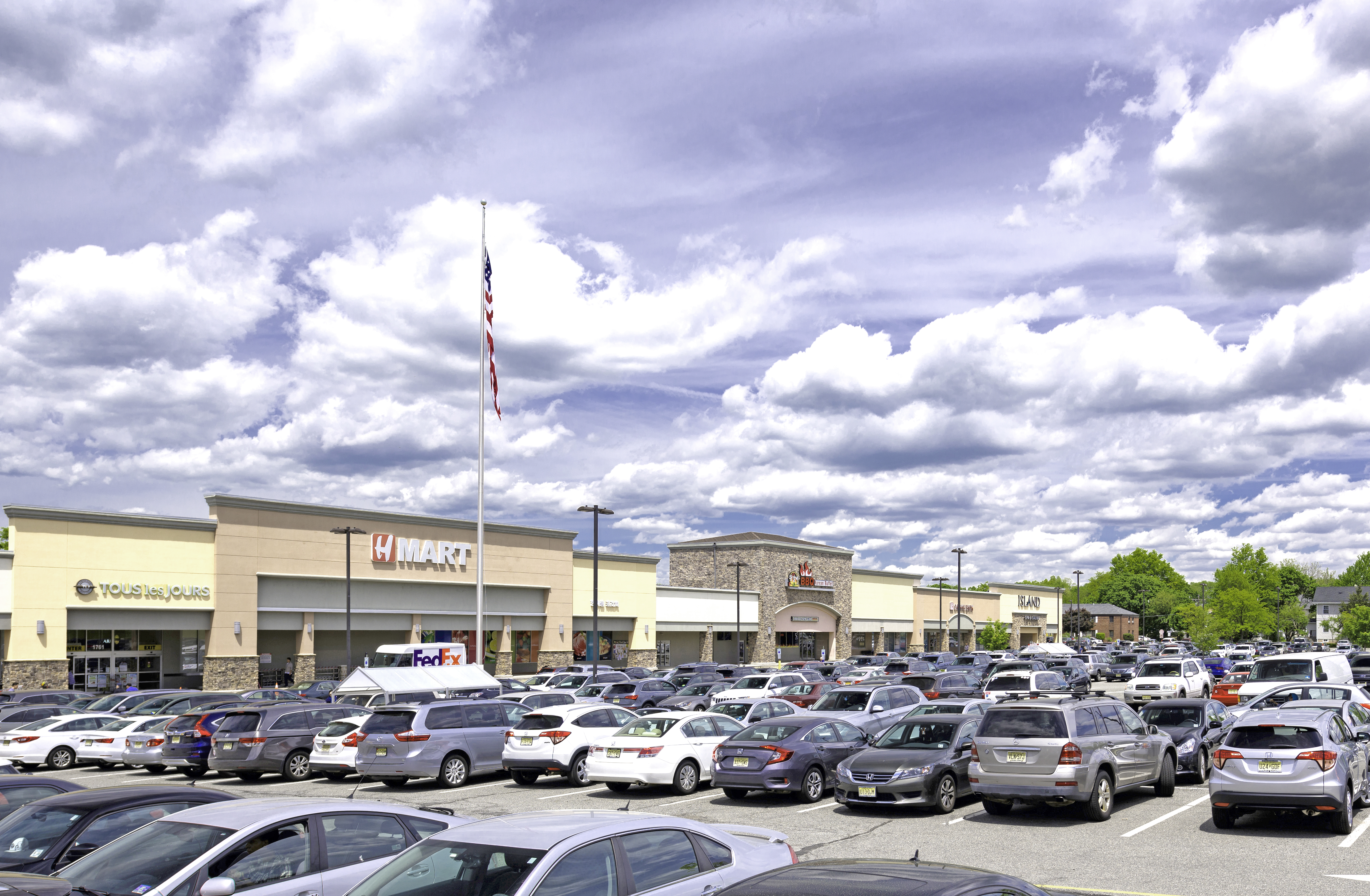 Festival Plaza, a redeveloped strip mall in Edison, NJ, anchored by Asian grocer, H Mart, has been sold for $53 million.

Jeffrey Dunne, David Gavin and Travis Langer of CBRE’s National Retail Partners represented the owner, Edison I, LLC, in the sale. The team was also responsible for procuring the buyer, a local private investor.

Festival Plaza is a 151,763 s/f high volume grocery directly on Route 27 in Edison. The center is fully leased and anchored by H Mart, one of several asian retailers and services in the area catering to the surrounding demographic.

“The property’s strong rent roll and long-term leases should provide stable cash flow to the buyer.”

Holliday Fenoglio Fowler announced the sale of The Rivington, a 240-unit, luxury apartment community in Hoboken, New Jersey, for $146 million.

The deal represents the largest apartment sale in New Jersey in 2018.

The Rivington is situated at 1130 Grand Street in the northwest section of Hoboken, which offers commuters access into Manhattan via the Hoboken PATH Station, 14th Street Ferry Terminal and the NJ Transit bus line.

Completed in 1999, The Rivington features 240 two-bedroom, market-rate units housed within four six-story apartment buildings, each with one-story of covered parking at ground level.

A large portion of units have been renovated since 2014. Community amenities include an updated fitness center, newly renovated courtyard with lounge and grilling areas, clubhouse, private storage lockers and a Zipcar pickup/drop off station.

“Capital continues to be attracted to multifamily assets in markets with high barriers to entry and significant future rental growth,” stated Cruz.

The site was sold as a mixed-use conversion opportunity by Cushman & Wakefield director DJ Johnston for $11,500,000.

“The composition between this seller and buyer represents a growing trend in Brooklyn, as end-users weigh the value of their properties against the business benefits of remaining in their current location. In prime development areas, the seller need not look more than one or two miles away to justify selling and moving to a newer, larger, more efficient space to operate their business,” said Johnston.

333-335 Irving Avenue is an assemblage of two tax lots that offers corner to corner exposure with 400 ft. of wraparound frontage. One lot has a 12,500 s/f warehouse, and the other is a vacant lot with 31,500 buildable square feet.

“This property presented the perfect combination of frontage, location, and scale that attracted every active developer in the market,” Johnston added.

Greystone Development has sold the one-time public bathhouse at 227 4th Avenue in Brooklyn for $10 million.

Ofer Cohen of TerraCRG brokered the deal on behalf of Greystone. Brian Flanagan of Sterling Project Development managed the acquisition for the un-named buyer.

Greystone bought the landmarked building at auction in 2014 and went about renovating the property.
First built in 1910 as Public Bath No. 7, the building was later used as a theater. Located between President and Union Streets, the property’s entire square footage (16,700 s/f) has been leased long-term to Blink Fitness since 2017.

they manage to preserve almost 80 percent of the original glazed brick, limestone and terra cotta façade and keep ornamental details, such as the nautical-themed carvings and elaborate cornices.

Greystone’s restoration work was recognized by the New York Landmarks Conservancy with the Lucy G. Moses Preservation Award and by the Park Slope Civic Council with an Evelyn and Everett Ortner Preservation Award for excellence in Exterior Restoration.

“Ushering this historic landmark through a meticulous restoration has been nothing short of gratifying, and we are thrilled to see the property come full circle back to its original use as a public gymnasium,” said Thomas Ryan, head of Greystone Development.

In three separate transactions Gebroe-Hammer Associates has sold 145 apartments for a combined $22.6 million.

“As the recent recipient of a New Jersey Smart Growth Award, Hackensack is currently in the midst of a renaissance targeting the downtown district that will bolster its population density, which is already extremely high in the Bergen County seat,” said Nicolaou.

Also in Bergen County, Pomerantz represented the seller and procured the buyer of 47 Bergen Blvd., Fairview.

The 18-unit garden-apartment community features a mix of one one-bedroom, 13 two-bedroom and four three-bedroom layouts. The building was constructed in 2002.

“These two Class A office properties are located directly across from each other within Waterview Corporate Center, but are profiled differently, with value-add and core-plus attributes for 20 Waterview and 35 Waterview, respectively,” said Walsh.

The Waterview Corporate Center is a six-building office complex totaling approximately one million square feet. The four-story 20 Waterview Boulevard was constructed in 1988 and was 43.9 percent occupied when acquired by Vision.

35 Waterview Boulevard was constructed in 1990 and was 95.7 percent occupied when bought by Arcadian Capital Group.

The assignment, fueled by a $29 million Grow New Jersey grant, enables the consolidation of the technology and IT services firm’s U.S. operations into a single, northern New Jersey campus.

The team represented the company in contracting to purchase 133 Williams Drive, a 171,500 s/f industrial asset. Dan Foley of Savills Studley served as broker for the seller, Prestige Motors.

Baumstein and Graham, along with Manhattan-based Cushman & Wakefield sale-leaseback specialists Ben Cooper and Peyton Horn, then brokered a 277,900 s/f package involving the 133 Williams Drive contract assumption and sale of the adjacent, 100 Williams Drive from Konica Minolta to LCN Capital Partners.

Konica Minolta, which currently employs 474 people in Ramsey, leased back both buildings on a long-term basis. The firm continues to own a third, 85,000 s/f combination warehouse/office building at 101 Williams Drive.

Plans call for relocating the 101 Williams Drive warehouse operation to 133 Williams Drive, and replacing that portion of the building with a 52,000-square-foot office addition and structured parking. Ultimately, the new, unified campus will accommodate up to 400 additional jobs, according to Konica Minolta.

New Yorkers get ready to dive right in to Vegas