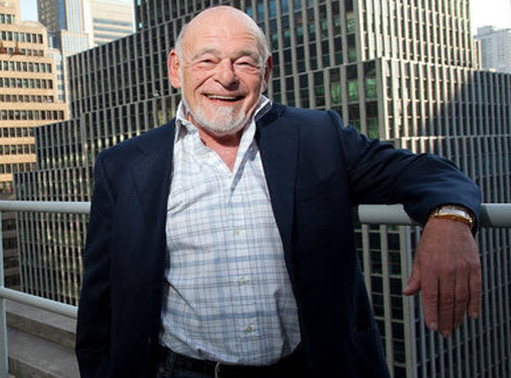 Sam Zell says he loves women, but don’t get him started on #MeToo.

Asked for his thoughts on workforce diversity and women speaking out against office harassment, the founder of Equity Group Investments blasted the movement as political correctness run amok, using terms that were anything but PC.

“That whole arena, frankly, has never been part of my world and I think that’s why it’s been so successful,” Zell said, “because I don’t think there’s ever been a ‘we’ve gotta get more pussy on the block [initiative],’ OK?

“When you’re my age there’s gotta be some things you can get away with,” the 76-year-old billionaire added with a proud grin. “Although you ask Steve Wynn, I don’t know.”

Wynn was ousted from his company, Wynn Resorts, earlier this year after a deluge of sexual misconduct accusations surfaced.

Zell’s comments came during a “fireside chat” at the National Association of Real Estate Trust’s New York REIT Week conference in the Midtown Hilton. The well-attended conversation between Zell and Nareit CEO Steven Wechsler was open to all 3,000 conference attendees.

Wechsler framed his question about “gender diversity, women in the workforce, Me Too and everything else,” within the context of Zell’s history of hiring and promoting women into prominent positions with companies.

Before his cheap (and successful) attempt to draw laughs from the mostly male audience, Zell explained that he has always operated on a merit-based system and left the question of gender off the table.

“I have had a lot of extraordinary women work for me, the CEO of my company was a woman, the CEO of one of my public companies today is a woman,” he said. “I’ve always lived and believed in a meritocracy so I guess you could say I’m colorblind. I’ve just viewed the women who’ve worked for me as worthy [and] competent, if they were competent. I wasn’t a quota system guy. I never promoted a woman because she was a woman and I never demoted a woman because she was a woman.”

He also described growing up as the only son of immigrant parents, being born between “two extraordinary, intelligent and successful sisters.”

The conversation also touched upon politics and business, with Zell issuing the prediction that the current positive economic and real estate cycles will come to an end within the next two or three years.

Asked for his thoughts on President Donald Trump’s first 500 days in office, Zell issued a grade of “incomplete.” While he’d like to see the former New York real estate mogul carry himself with more dignity and stop tweeting, Zell praised Trump for his judicial nominations, the new tax code and his foreign affairs policies, adding that he was the better of the two options in 2016.

“Compared to the alternative, I would stand up and vote rah for Donald Trump right now because I think if we would have ended up with Hillary Clinton we would have suffered tremendously,” Zell said. “Has he been a great president? No. Has he said a lot of stuff that’s he’s gone back on? Yes. Maybe that’s OK, I don’t know.”

On the economic front, Zell said he thinks the Federal Reserve will continue to roll back its quantitative easing measures but at a slow pace, raising tax rates incrementally to protect against underlying fragility in the job market. He wouldn’t be surprised if this process continued for another 10 years.

While he has confidence that, armed with more information, the country’s biggest industries will be better prepared for economic downturns, those dips and dives remain inevitable. Zell stood by his assessment that the economy was close to a down cycle in 2016 but noted that he thinks Trump’s election helped prolong the positive momentum.

“In early ’16, I felt we were in the eighth inning,” he said. “Trump getting elected, I think that led to extra innings [but] I don’t think Trump or anybody else has reversed the concept of cycles so I would fully expect that we’re going to see both the real estate and the business cycle [turn] in the next 24 to 36 months.”

If there’s one area in which Zell’s ideology diverges from the president’s, it’s in regards to immigration. The son of Polish nationals who fled to the states just before the start of World War II, he credited the immigrant mentality with making the country what it is today.

Zell also pointed out that while Trump was advocating for a wall on the Mexican border, he was building a bridge connecting Chula Vista, California to the airport in Tijuana, Mexico.

Architect looking for the answer to inner peace in the workplace