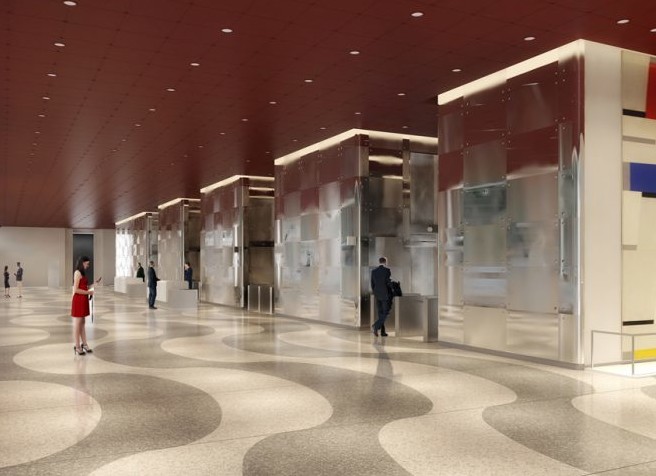 Rockefeller Group announced the completion of a new lease with Mizuho Americas for 148,000 s/f in 1271 Avenue of the Americas.

The deal brings Rockefeller Group’s 12-month leasing total along Avenue of the Americas to more than one million square feet.

Mizuho Americas is a subsidiary of Mizuho Financial Group, a leading financial institutions, with $1.8 trillion in assets globally.  It will occupy the second and third floors, as well as below-grade space in the 2.1 million s/f tower located between 50th and 51st Streets in midtown.

The firm will join Major League Baseball, which last year signed a lease for 400,000 s/f in the building.  Around 1.3 million square feet in the building’s tower floors remain available for lease, which is one of the largest blocks of contiguous office space in Manhattan.

“Mizuho is one of the most respected firms in finance and banking worldwide, and we are honored to welcome them to the new 1271 Avenue of the Americas,” said Ed Guiltinan, Senior Vice President and Head of Leasing in New York for Rockefeller Group.

“The ongoing renovations to the building enable Rockefeller Group to provide modern, efficient, and highly-desirable space to tenants in one of the most accessible and amenity-rich locations in Manhattan. We are pleased that Mizuho in making their decision recognized the many benefits of being located in the new 1271 Avenue of the Americas.”

In 2016, Rockefeller Group started a $600 million redevelopment of 1271 designed by Pei Cobb Freed & Partners. Major elements of the project include replacement of the building’s glass curtain wall and restoration of the building’s landmarked lobby.

John Maher, one of the members of the CBRE leasing team representing Rockefeller Group, said, “We are thrilled that yet another sophisticated tenant like Mizuho has decided to lease space with us.”