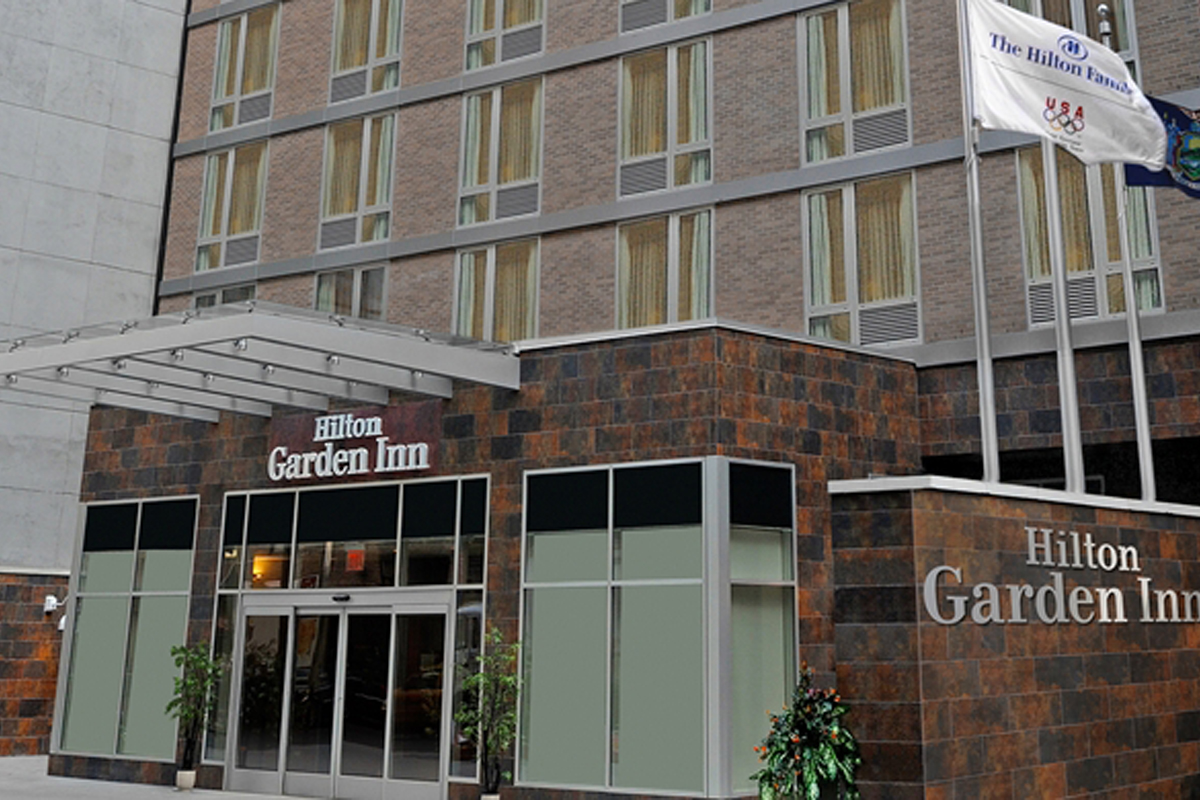 The transaction, which was agreed upon yesterday, involves the 298-room Hilton Garden Inn New York and the 280-room Hilton New York in the Fashion District.

“We capitalized on the strong interest from international investors in the New York City market to execute an opportunistic transaction,” said Ross Bierkan, the president and CEO.

“While we continue to believe in the New York City market over the long-term, in the near-term these sales reduce our exposure as this market goes through a soft period.”

RLJ bought the Hilton Garden Inn, located at 63 West 35th Street in Midtown, for $125 million in 2009. The previous owner was Brack Capital. The firm bought the Hilton New York a year later for $121.8 million, according to an SEC filing.

The sale comes as RLJ posts RevPAR declines in New York City. “Our hotels in New York reported a decline of 4.8 percent. In addition to the impact from new supply, our hotels also faced tough year-over-year comparables as we outperformed the market last year,” said Bierkan during an earnings call earlier this month.

Nonetheless, the company is not totally pessimistic about the New York market. It is betting on the largest asset in its portfolio, the DoubleTree Metropolitan Hotel, which may benefit from the closure of the nearby Waldorf Astoria. The landmark hotel is expected to close in 2017 as most of the rooms undergo conversion into luxury condos.

“New York doesn’t have demand issues, it has supply issues. Our portfolio is large enough to absorb this part of the cycle with New York. We have been working with our operator there (and) he has been doing a great job with us to eliminate non-essential services and tighten up the ship. We have gained market share, so we are feeling good about New York and certainly love the market long-term,” Bierkan said.

“We are excited about the closing of the Waldorf, frankly. It has been a drag on the Hilton system for some time. It is 1,300 to 1,400 rooms, it is one percent of the supply in New York City and it is virtually across the street from us and in the same brand family.”

The purchase price amounts to $494,500 per key. RLJ said that it plans to use the proceeds for general corporate purposes, such as paying down debt and repurchasing shares. With the sale, the company’s portfolio is reduced to 122 hotels and 20,100 rooms.

Under Armour CEO tells retailers to adapt to ‘populist shift’