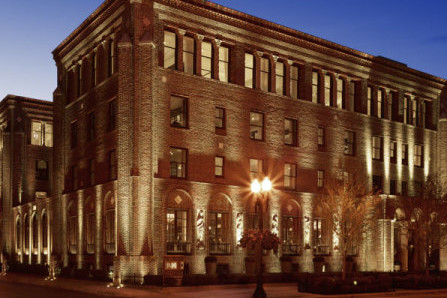 By David Birnbrey, Chairman and CEO of The Shopping Center Group

Earlier this  week the industry gathered for the annual International Council of Shopping Centers convention in Las Vegas. Nearly 40,000 people, retailers, restaurateurs, developers, landlords, were in attendance. With all the headlines pronouncing the demise of retail, some pundits went as far as calling it ‘Armageddon.’

To paraphrase Mark Twain, ‘The rumors of our death are greatly exaggerated.’ In fact, I would replace the word ‘Armageddon’ with ‘Renaissance,’ more aptly describing what is the greatest time in history to be a consumer of retail products and services.

I travel across the country visiting our offices regularly and know first-hand the challenges facing class C and below retail locations, many of which are still struggling with a transition from retail to other uses; and yet, there are just as many examples of creative developers conceiving and designing retail, restaurant and entertainment venues in spaces and places one would never have imagined. “Urban’ no longer defines danger, but rather convenience and pleasure. ‘Exurban’ is where disposable money and disposable time meet—the ‘experience’ is better than ever.

Check out B8TA, for example, a new retail concept where you can play with the coolest electronic and high-tech gadgets on the market before buying. Or Pirch, a kitchen, bath and outdoor showroom where everything works, you can turn stuff on, fire it up, you probably could make an omelet too. Customers spend an average of two hours in-store, just because it’s fun.

Today’s state of the art movie theaters like LOOK and The Alamo Drafthouse offer customers the comfort of leather recliners, craft beer, top-shelf liquor and chef-driven food options. The Korean based CJ 4DPLEX gives moviegoers an immersive experience with seats that shake and rumble, smells to enhance certain scenes, you might even get damp if watching Singing in the Rain.

Restoration Hardware (pictured top) transformed a dilapidated turn of the century building in Chicago into an RH Flagship with a 6-story showroom that features a café, wine tasting room and music venue in an area of town no one considered retail. By the way, everything you see from the tables and chairs in the restaurant to the pieces in the actual showroom, can be purchased. And Nebraska Furniture Mart, they took selection to a new level with a Dallas store larger than nine football fields. Remember the days when grocery shopping was a chore done a couple of times a month? Today food shopping is a daily, sometimes twice-daily experience that more closely resembles theater.  Wegman’s, Publix, Whole Foods, Sprouts and Fresh Market are among the many brands offering everything from natural and organic choices to the highest quality meats and everything in between, including knowledgeable and friendly store staff. Trader Joes, Aldis and soon to open, Lidl give shoppers value without sacrificing quality. Costco offers discount and value through bulk and proprietary-brand promotions.

Even the car showroom has transformed into an improved customer experience. Tesla and Karma Automotive are changing the way drivers purchase by customizing their cars in state-of-the-art showrooms, a far cry from the dusty, wood-paneled rooms where buyers were forced to wait until a sleazy sales manager appeared to get a deal done.

Restaurants?  Start with the Food Network, a basic cable television channel that made cooking a competitive sport and chefs, highly paid celebrities. Gordon Ramsey, Wolfgang Puck, Emeril Lagasse, Mario Batali, Bobby Flay and Rachael Ray are among the many ‘Top Chefs’ who changed the way we eat.

Speaking of food, there’s Eataly, 50,000 square feet of European styled open market and high-end food court, which became the inspiration for the numerous food halls opening throughout the country. And just when you thought Starbucks had put a store on every busy corner in America, they’ve opened The Roastery in Seattle, a coffee version of Willy Wonka’s Factory, as Howard Schultz calls it, a place where one is entertained, educated, and of course caffeinated.

Although bankruptcies, store closures and waning sales continue to make headlines, from my standpoint – urbanism, redevelopment, adaptive re-use, ‘live, eat, work and play’ developments, and most important, ‘experience’ are the headlines that came out of this year’s convention.