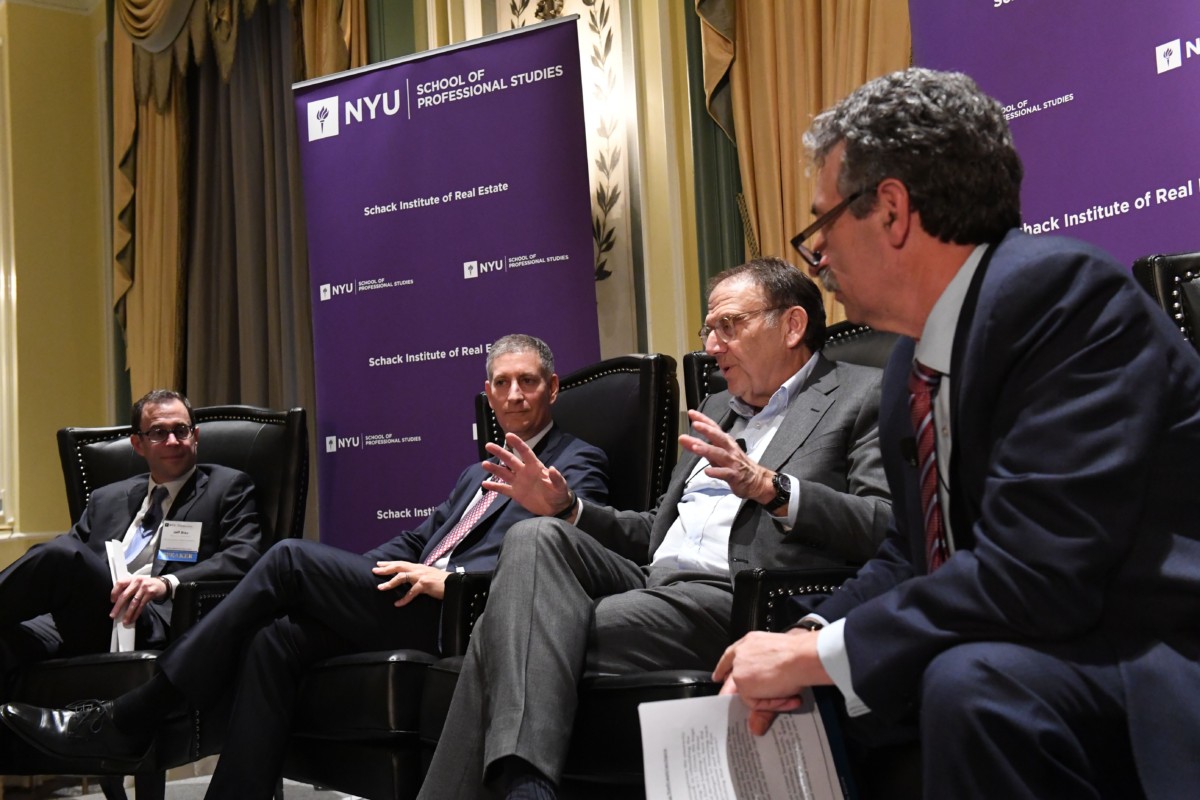 Real estate industry ‘in for a shock’ under Trump

The real estate industry may be in for a revamping. According to Richard LeFrak, a real estate executive who is one of President-elect Donald Trump’s closest friends, the way the industry operates will soon change, and he urged everyone to formulate contingency plans.

Much like his friend, LeFrak resorted to hyperbole to describe what he expects of the Trump presidency. He likened Trump to 9/11 and Hurricane Sandy, warning that people who expect to operate their business as usual are “in for a shock.”

“We already had major renovations as a result of 9/11. Sandy’s been cleaned up. Now we have a hurricane Donald,” he said during the NYU Schack Institute’s annual conference last week.

“I would tell everybody here that if you think that whatever went down in the past is going to continue, then you will be in for a shock. There’s no question that there’s going to be some major changes,” he said.

LeFrak, who was also one of Trump’s biggest campaign donors, said that he does not know what the incoming administration’s economic plans are. However, he’s preparing for the possibilities.

“If your understanding of real estate is based on current ideas, then they’re going to change dramatically. I don’t know exactly what he’s going to do. He’s a great friend of mine. Everybody in New York knows that. He’s been a friend for 50 years. But I’d still be different. I urge everybody to be sensitive to what’s coming because it’s going to change your business dramatically,” he said.

“There will be a lot of changes, some good and some bad. But there will be changes,” added Marty Burger, the CEO of Silverstein Properties, who joined LeFrak on the NYU Schack panel.

Jeff Blau, the CEO of Related Companies, was less of an alarmist. Nonetheless, he also foresees an overhaul for the real estate industry, particularly relating to the supply side of projects.

Blau’s firm may prove to be resilient if his prediction becomes a reality. Due to the massive requirements of building Hudson Yards and rising prices overseas, the company started to manufacture its supply chain in-house. Last year, it opened a 200,000 s/f curtain wall manufacturing facility in Pennsylvania.

While executives expressed uncertainty over the incoming administration’s plans, they were quick to present an optimistic outlook, based mostly on the personality of the new president-elect.

“Donald’s going to try to be the best president ever,” Burger said.

Blau added, “I’m actually pretty optimistic. Donald, Mr. President-elect, he wants to be a winner more than anything else. He wants to be successful. I think if you would ask him his definition of success, it’s really about creating economic development and jobs. If we just focus on that and not the rhetoric, I think it could be an incredible opportunity for this country because I don’t think that would be the answer if you asked many of our previous presidents what their definition of success is.

“And so, if you just purely look at this from a business perspective, I think the country may be in for some good times.”