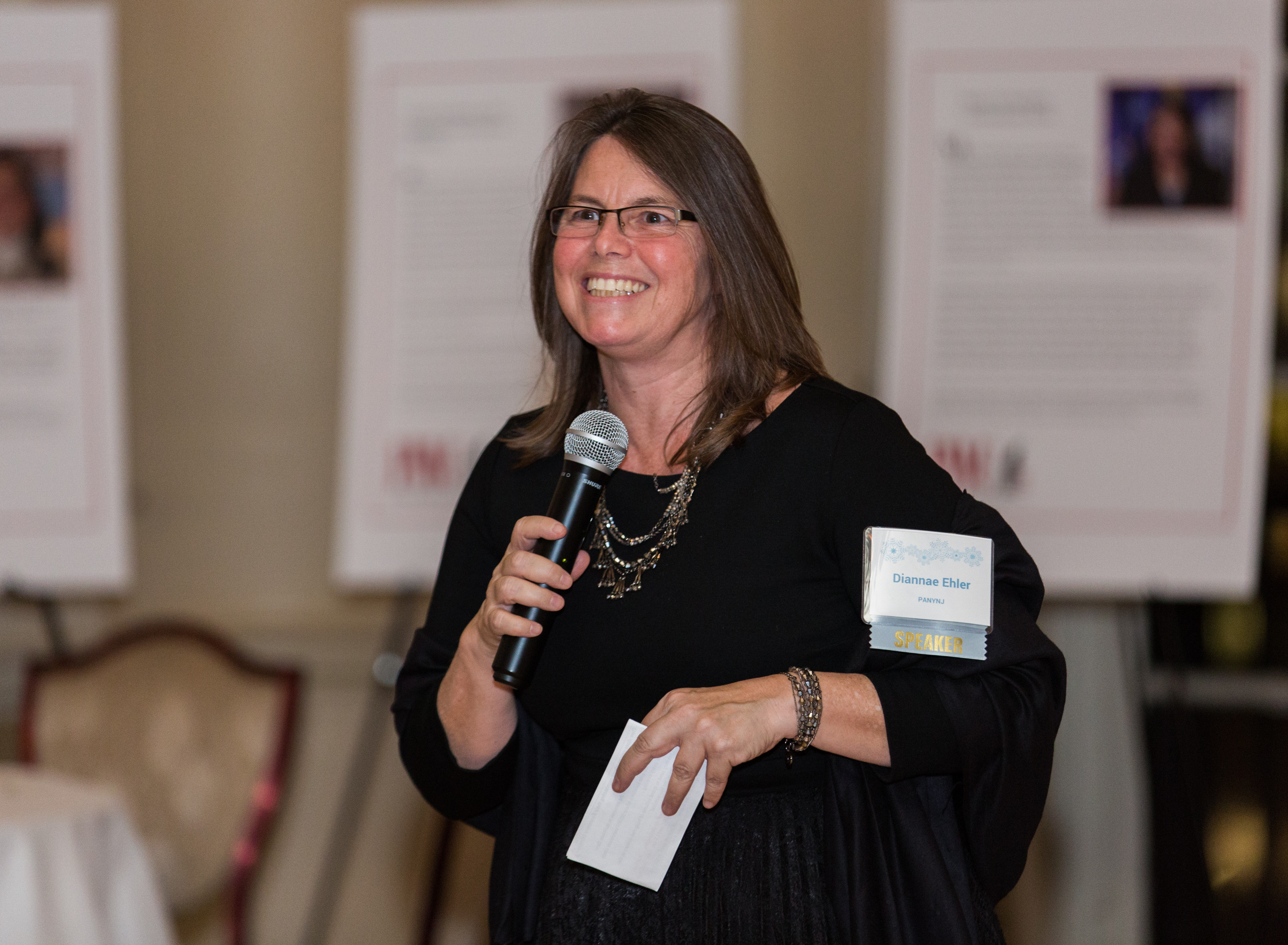 The AEC industry needs to cultivate a pipeline of talent from the next generation – that was the message expressed by a group of highly successful women from the private and public sectors toasted at Professional Women in Construction (PWC)’s   2015 Holiday Party and Scholarship Program fundraiser.

“What better way to kickoff PWC’s newly expanded Scholarship Program than to celebrate five remarkable women, each an inspiring role model and mentor eager to help develop and support the careers of young women who want to enter the construction and design field,” said PWC Executive Director Chelsea LeMar.

PWC President and President of Armand Corporation Barbara Armand noted that “PWC is proud to launch our effort by recognizing and honoring a group of dynamic and powerful women who are leaving their imprint on the New York area.”  The festive event, complete with food, music and dancing, drew a capacity crowd to the Grand Ballroom of The Yale Club in New York City. Colorful mosaic plaques for the honorees were designed, handcrafted and donated by artist Chelsea Hrynick Browne.

Honoree Stacey Cumberbatch, commissioner, Department of Citywide Administrative Services (DCAS), which oversees the critical resources and support for all City agencies, invited the audience to foster new talent to fill the void of retiring public sector employees. “Come partner with us, we’re looking to develop a pipeline, especially with women who remain under-represented in this field,” she said.

Honoree Christine Flaherty, CCM, associate commissioner, NYC Department of Design and Construction (DDC) and former PWC board member, cheered PWC’s new direction and welcomed the next generation noting that during her DDC tenure numerous recent graduates were hired. Asking all to partner, she said, “It’s one City, we can’t do it without you.”

Michel was introduced by MTACC Chief of Staff Jeannie Kwon who called her a gem; MTACC Senior Project Manager Justin Schultz who lauded her as an amazing mentor; and Melvin Glickman, retired from the MTACC.

Diannae Ehler, general manager, Bus Terminal and Lincoln Tunnel, Port Authority of New York & New Jersey (PANYNJ), praised the dedicated people at the Port Authority and noted that granting scholarships to women and mentoring young people and talent are close to her heart.

Robert Harvey, PE, senior vice president, Arcadis, noted Ehler’s outstanding accomplishments at Newark and LaGuardia Airport, as deputy director of Tunnels, Bridges and Terminals, and in increasing ridership and enhancing the customer experience for the quarter million people who take the Bus Terminal daily, the flagship facility of the Authority.

Honoree Yvonne Lopez-Diaz, PHR, VP, human resources director, HNTB, active with the Goethals and Tappan Zee Bridge projects, stressed her commitment to empowerment and aligning people with corporate business plans. Pointing to author Steve Farber, she said “Today’s leaders …enable others to be greater than they are.”

The Scholarship Program is being developed by LeMar; Armand; the PWC board; and the PWC Scholarship Committee.