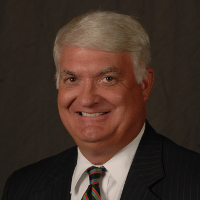 Multifamily demand and investor appetite is rising, and is on track for a record-breaking year, according to two new multifamily market reports.

CBRE’s U.S. Multifamily MarketView report predicts that multifamily investment in the U.S. is on track to surpass the previous high of $105 billion set in 2007.

“Third, REITs are playing a less active role in the investment arena, with market share of acquisitions falling from 20 percent last year to nine percent this year.”

In the 3Q of 2014, multifamily sales volume totaled $27.5 billion, an increase of 28 percent year-over-year.  The total in the first nine months of the year reached $73.1 billion, a 3 percent increase from the same period in 2013.

Total employment in the 3Q in all five boroughs was 6.5 percent above the pre-recession high and has continued to climb, helping attract millenials to NYC, said the report.

In 2014, developers will complete a total of 12,000 rentals, while multifamily permitting is expected to surpass 24,000 units, pointing to rapid growth in supply in the coming years, compared to last year, when 6,300 units were brought to market. The bulk of those permits will be issued in Brooklyn, a borough that is on track to surpass 8,500 units, while 6,700 permits are expected in Manhattan. Last year, approximately 17,600 units were permitted throughout the borough.

The largest project underway is a 60-story rental building at 605 West 42nd Street, developed by the Moinian Group. The 1,174 unit development also has 10,000 s/f of ground-floor retail space. The project is scheduled to open in the 3Q of 2015.

Vacancy is up as well, with delivery of new rentals expected to outpace demand, vacancy was up 20 basis points to 2.3 percent this year.

421a countdown has developers jittery over future plans