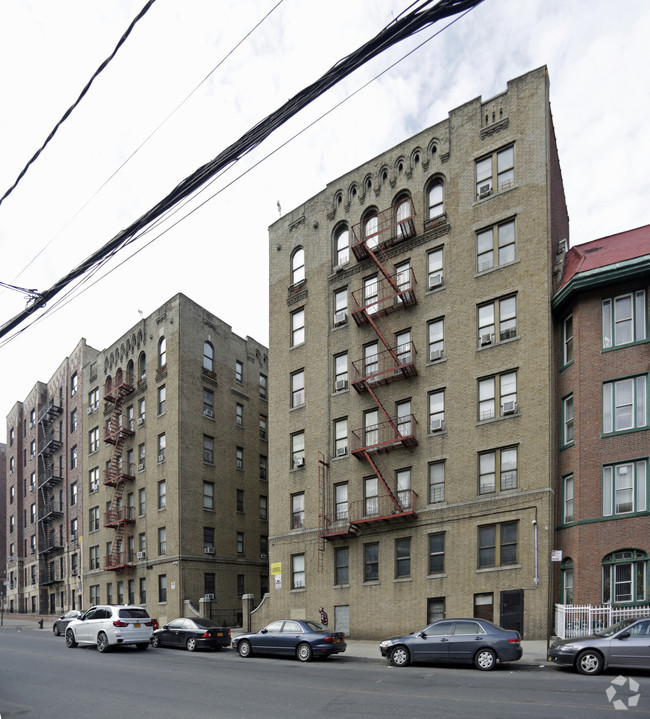 ONE THE SCENE: This week’s sales and exclusives under $10 million

GFI Realty Services announced the $8.45 million sale of 2285 Sedgwick Avenue, a six-story apartment building in the University Heights section of The Bronx. Associate director Josh Orlander represented the buyer and seller, both local investors. Located between West Fordham Road and West 183rd Street, the pre-war elevator building is composed of 52 apartments, with a mix of one-, two- and three-bedroom units. In total, the building comprises 58,212 s/f. The buyer intends to invest in capital improvements and hold onto it for the long term.

Highcap Group announced that Josh Goldflam, managing principal, and Daniel Hakimian, investment sales associate, arranged the off market sale of 758 Putnam Avenue in Brooklyn, for $1,200,000. The seller was Gloria Parish, and the buyer was a group of private local investors. The property is situated in the Bedford Stuyvesant neighborhood and consists of a 3-story walkup apartment building with 2,565 s/f and four floor-through units, one of which was delivered vacant and other units being on month to month leases. The property is in original condition and the buyer will look to renovate and reposition the apartments into luxury free market units. The property sold for $1,200,000, which equates to $468 psf and $300,000 per unit.

Kalmon Dolgin Affiliates (KDA) has arranged the $5 million sale of a 10,000 s/f, one-story warehouse at 100 Huntington Street on the Red Hook/Carroll Gardens border of Brooklyn. KDA brokers Sam Zupnick and Nathan Friedman represented the seller, Alliota Realty and the buyer, Luxor LLC in the transaction. The space is currently occupied by Towncar Auto Center body shop, but it will be vacating to make way for the new owner. Luxor LLC plans to use the space as a parking venue and maintenance facility for its limousine business.

• The $3.7 million sale of 1004-1008 Hegeman Avenue in East New York, Brooklyn. This is a four-story walk-up apartment building with 19 apartments. The property is 23,250 s/f and was built in 1930. It has a cap rate of 6.25 percent and it sold for 10.7 times the current rent roll. Mike Kerwin and Ben Khakshoor of Rosewood Realty Group represented the buyer, 1004 Hegeman Avenue Associates, LLC and Michael Guttman of Rosewood represented the seller, RH 1004 Hegeman Avenue LLC.

Bussel Realty Corp. (BRC) arranged the sale of 41 Ethel Road West in Edison, New Jersey, a 35,316 s/f industrial asset. Senior Vice Presidents Stephen Nozza and John Cascio represented the seller, Braha New Jersey Realty Associates, which sold the property for $115 per square foot. The buyer was Snack Innovations, which relocated from Brooklyn, New York, and will utilize the facility for its snack and healthy foods manufacturing and distribution to the New York metro region. 41 Ethel Road West is a 35,316 s/f industrial building situated on 4.41 acres, which will allow for future expansion. The property features 2,000 s/f of offices, 20-foot clear ceiling heights, four tailboards and one drive-in for loading, and 6,000 amps of electric power.

Zimmel Associates brokered the sale of 655 Howard Avenue, a 75,000 s/findustrial building located in Somerset, NJ, for $6.68 million. The seller is developer Denholtz Associates, represented by Jordan Zimmel, vice president, Zimmel Associates. The buyer, Bytech International, is an electronics accessories distributor, and was represented by Chuck Fern of Cushman and Wakefield. Jordan Zimmel, vice president, Zimmel Associates, presented 655 Howard Avenue to the seller, Denholtz Associates, as an investment opportunity about two years ago. At that time, the building was bank-owned as a result of foreclosure and had been vacant for more than a decade. Zimmel handled the sale of 655 Howard Avenue to Denholtz Associates in May of 2016, after the developer had made an extensive assessment of its renovation costs. Zimmell was given the exclusive to market the renovated building and had offers for both lease and purchase within three weeks.

J.G.Petrucci Company, Inc. has acquired an 18.4-acre site on Meister Avenue in Branchburg, New Jersey. The company has plans to develop a 187,500 s/f speculative industrial facility on the site, which will be available for lease in spring 2018. Joel Lubin, managing director of JLL’s Iselin, New Jersey, office represented J.G. Petrucci Company in the transaction, and has been retained to serve as exclusive leasing agent for the property. The facility will be constructed using pre-cast concrete and will feature 31 loading docks, two drive-in doors, and 36 ft. clear ceiling heights. Parking for 134 cars and 16 trailers will be available.