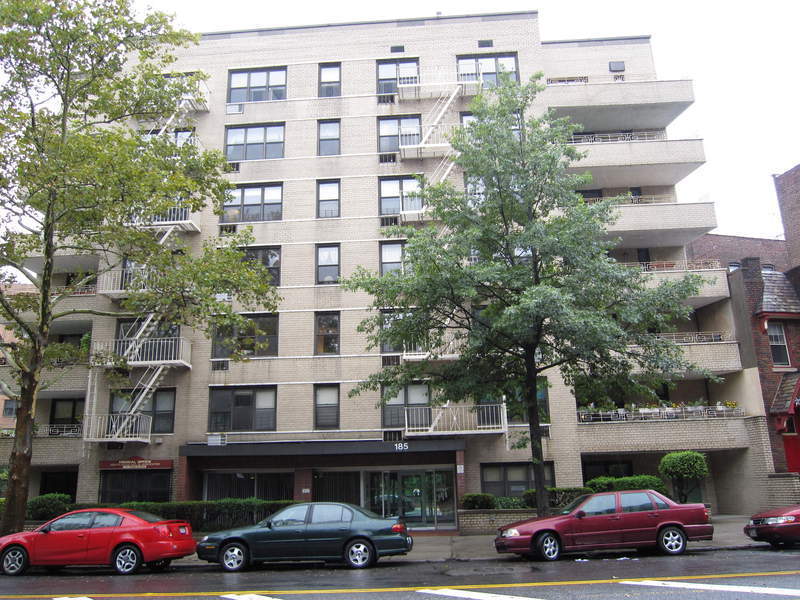 ON THE SCENE: Commercial sales and exclusives under $10 million

Lester Fradkoff, Senior Vice President of Angel Commercial, LLC, announced the sale of a commercial property located at 4086-4108 Main Street in Bridgeport, CT, for $1,000,000. The 6,380 s/f retail strip center on 0.47 acres is anchored by Luigi’s Italian Pastries. The property was owned by Applebaum Schneider and sold to a private investor.

Cushman & Wakefield arranged the sale of 1065 & 1073 Warburton Avenue, a 0.63-acre, multi-family development site in Yonkers, New York, to RMS Warburton LLC. The final closing price was $4 million. A team consisting of Al Mirin, Kate Schwartz and Matthew Torrance represented the seller in the transaction. The property is situated in the Greystone neighborhood of northwest Yonkers. It is adjacent to the Greystone Train Station, which offers a direct line to Grand Central Station. The property has been permitted for the intended construction of a nine-story, 79-unit rental apartment building to be built above an enclosed structured parking. The acquisition of 1065 Warburton Avenue added approximately 0.18 acres to the overall establishment and the combined site is currently estimated to accommodate more than 100 units.

Powerscourt Westover LLC has purchased a 3,800 s/f office building with 28-car parking steps from the Fairfield Metro train station at 1501 Kings Highway East in Fairfield, CT. The sellers were Dennis and Joan Hickey. The building will be completely gutted and renovated. The purchase price was $765,000. Alan M. Fischer, CCIM, SIOR, of Fischer Commercial Real Estate Inc. represented the buyer and the seller. The purchaser first occupied the property as a tenant in December of 2011. That lease, negotiated by Fischer, contained an option to purchase.

Greysteel, a national commercial real estate investment services firm, has arranged the sale of 185 Prospect Park West for a local private investor. Representing both the buyer, Akelius, and seller, the transaction was negotiated by Greysteel senior investment associate Michael Stimler, from the firm’s New York office. The poperty closed for 21 x GRM and $725,000 per unit. 185 Prospect Park West, built in 1920, consists of 10 units. Three of the 10 units are rent stabilized, and the remaining seven units are free market.

• Unity Hospital at Brockport, a 29,497s/f triple-net-leased property located in Brockport, New York, sold for $8,670,000. Ryan E. Moore and Christopher Mitchel, in the firm’s Cleveland office, represented the seller, a developer. The buyer, a REIT, was also secured by Moore and Mitchel. John Krueger, the firm’s Broker of Record in Manhattan, assisted in closing the transaction. Unity Hospital at Brockport is located at 6668 4th Section Road in Brockport. The property is 100 percent leased by Unity Hospital of Rochester with a remaining lease term of approximately 13 years. Constructed in 2011 and expanded in 2015, services provided at the property include primary care, OBGYN, lab and x-ray services.
• 6701 18th Avenue Retail Strip, a 8,615 s/f retail property located on the corner of 18th Avenue and 67th Street in Brooklyn’s Bensonhurst neighborhood, sold for a record price — $6,700,000, which is $788 per square foot and a 4.35 percent capitalization rate. Representing both the seller and buyer were Scott Plasky of the Manhattan office, and Michael Cimino and Gregory Melanson of the Brooklyn office. The property is a taxpayer tenanted by a mix of five national, regional, and local tenants.

“The sale of these two adjacent properties constituted a price record for the mixed-use asset class on 18th Avenue at $688 per square foot. These properties included a vacant retail unit and a generally underperforming asset – further exemplifying the willingness from our investors both locally and across the country to invest in well located buildings,” said Melanson. “We received an overwhelming response from the market; the properties were on the market for a mere 30 days, receiving 18 written offers which we leveraged into selling the property for $265,000 above the final listing price.”

TerraCRG announced the sale of 1008 Manhattan Avenue, a mixed-use building just two blocks from the Greenpoint Waterfront. Dan Marks, Partner and Team Leader, and Nicole Rabinowitsch, Senior Vice President, along with their leading sales team, brokered the deal which sold for $4,000,000. The 7,000 s/f property, comprised of eight residential units and two commercial spaces, will be delivered with seven vacant and unrenovated units. One of the commercial spaces is currently being leased by vegan eatery, Brooklyn Whiskers Bakery. The property is a few blocks away from the Greenpoint Avenue G train and a short walk to the India Street Ferry stop.

Zar Property NY has finalized the off-market acquisition of the entire retail component at 47-49 Mercer Street in SoHo for $9,300,000. The retail condominium, located between Grand Street and Broome Street, consists of 3,500 s/f on the ground floor and 4,000 s/f on the lower level. Both levels are occupied by CoCoMat, a high-end showroom based out of Greece that has leased the space since late 2011. CoCoMat specializes in naturally-produced mattresses and linens and operate stores in 17 countries worldwide. There was no broker involved in the transaction and the seller, an entity named “DL MERCER” is based out of Canada and had owned the property for over 20 years.

Northeast Private Client Group announced the sale of the Congress Street Apartments, a 65-unit multifamily portfolio located in downtown Hartford, Conn. Edward Jordan, JD, CCIM, the firm’s managing director and Taylor Perun, senior associate in the firm’s Connecticut office, represented the seller and sourced the buyer in the $3,218,000 transaction. The Congress Street Apartments comprises 11 historic multifamily townhouses with parking on Congress, Morris & Alden Streets. The properties share off-street parking and other amenities, all within walking distance of downtown employment centers, healthcare, retail and mass transportation. The seller, Redbrick Partners of Washington, DC, sold the property to New Jersey-based Aria Legacy Group at a price that equates to nearly $50,000 per unit, and a capitalization rate of 9.6 percent.

CBRE arranged for the sale of a 156,256 s/f industrial facility located at 1 Catherine Street in Teterboro, New Jersey. The building was acquired by Duke Realty for an undisclosed price. Brian Fiumara, Michael Hines, Brad Ruppel and Lauren Dawicki along with Jack Fraker of CBRE National Partners, negotiated on behalf of the seller, Catellus Development Corporation, during the transaction. Built in 2015, this state-of-the-art facility sits in the Meadowlands industrial submarket, just minutes from major Interstates I-80 and I-95, and less than 15 miles from New York City. The property is currently fully occupied by Lindenmeyr Munroe, a family-owned and operated leading paper and stacking distributer in the United States.