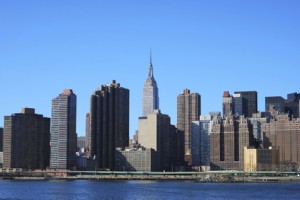 Although historic in scope, these investments are essential if the City of New York hopes to prepare for and accommodate continuing strong economic growth, massive private investment in new construction, and long-term, steady population growth, while keeping pace with aging infrastructure in need of continual upkeep.

“We are thrilled at the level of investment in core infrastructure being proposed by the de Blasio Administration,” said Carlo A. Scissura, President and CEO of the New York Building Congress. “With a growing economy, strong private investment and continued population growth, the City is in an enviable position.

“But this stability and growth is contingent on the fundamentals of good schools, safe and reliable transportation, and a basic state of good repair of the City’s infrastructure. We look forward to working with the City to find strategies to implement their ambitious goals in the months to come.”

The City of New York remains the single largest investor in its public schools, roads, libraries, sewers and other critical facilities across the five boroughs, making its capital program of particular importance. Several measures of the budget’s increasing size are notable:

The City plans to spend almost $9 billion on capital projects in the current 2017 Fiscal Year, which ends this June, higher than all but two peak years of the previous administration.

The City is proposing to spend $47 billion during Fiscal Years 2018 through 2021, roughly $9 billion more than any similar period of the previous administration, the previous high-water mark for capital investment.

Capital Commitments, which indicate the value of new contracts registered with the City Comptroller and are a key marker of longer-term capital investment, are projected by the City to be $64 billion over Fiscal Years 2018-2021. This figure is unprecedented. The Building Congress will monitor these commitment levels over time to see if they are attained.

The City’s Ten-Year Capital Strategy – a document which was substantially revised and improved this year – indicates $90 billion in new commitments over this period, another record figure.

These ambitious goals will test the City’s capacity to execute a vastly increased workload.

For instance, the City is proposing to increase capital spending by $1.7 billion – from $9 billion in 2017 to $10.7 billion in 2018 – and then an additional $1.4 billion in 2019 (to $12.1 billion total).
Sustaining such large increases will require aggressive implementation and skillful management from the City’s capital agencies, the Office of Management and Budget, and the Comptroller’s Office, which collectively oversee capital projects and process payments for work.

Nevertheless, these planned increases are affordable, based on the City’s current financial outlook. The City projects its debt service costs will remain well below 15 percent of total tax revenues, which is considered the threshold for responsible debt financing.

Notable elements in the Commitment Plan include:

The Department of Environmental Protection projects $11.6 billion in new commitments over four years for the City’s water and sewer system. Work includes completion of the Queens leg of Water Tunnel #3.
The School Construction Authority proposes to commit $12 billion to capital projects for public schools over the same four years.

The Department of Transportation’s $8.5 billion commitment plan the agency’s largest ever. Work includes the $1.5 billion reconstruction of the Brooklyn-Queens Expressway Triple Cantilever.

NYC Health + Hospitals Corporation proposes to commit $2.7 billion over four years, a 62% increase over the Mayor’s first capital proposal, in Fiscal Year 2014. Importantly, this includes a considerable infusion of City dollars, in addition to approximately $1 billion in federal aid the Corporation received following Superstorm Sandy for reconstruction and improvements.

The Parks Department will commit $4.1 billion over four years, a $1.4 billion increase over last year’s Preliminary Budget, and a record four-year level of commitments for the agency.

One explanation for the growth in the Mayor’s Preliminary Budget is that the de Blasio administration has required City agencies to provide more accurate forecasts for the later years of their proposed budget. These exercises have reduced front-loaded agency budgets, typical of past budgets, and have forced agencies to identify projects that will happen in the third and fourth years of the plan.

One notable absence from the budget presentation is “system expansion” proposals for NYC DOT. The BQX light rail project is not included in the Ten-Year Strategy.

The City’s commitment of $3 billion to the MTA’s 2015-2019 capital program is also not in the Preliminary Budget.