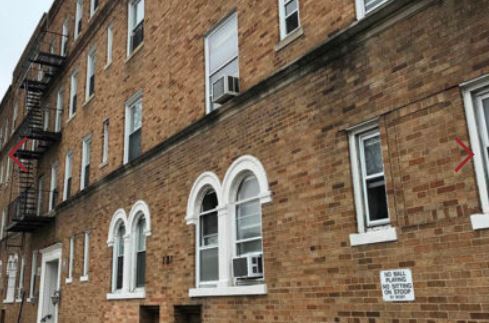 Non-profits have critical role to play as affordable housing developers

Billionaires battle other billionaires to see who can build the world’s tallest condo tower and even 100 feet of frontage on the right street can be a goldmine. Even in the face of the ongoing COVID-19 pandemic, land here is still the most sought after and most coveted in all of the world. The churn of neighborhood rezonings and redevelopments continues. New York isn’t a city that stays down for long.

As the saying goes, everything has changed and yet nothing has changed. Our affordable housing lotteries are still woefully oversubscribed. Four thousand New Yorkers slept on the street during last month’s snowstorm, while tens of thousands more are temporarily living in hotels and shelters across the city. Homes with coordinated social services for people with mental and chronic health issues remain incredibly scarce. Much of the city’s existing affordable housing stock is four decades old—and getting older by the minute.

The pandemic has undoubtedly compounded these challenges, yet they are familiar adversaries. Before the onset of the virus, there were an estimated 1.1 million individuals and families in need of supportive housing nationwide, according to the Corporation for Supportive Housing. And, as other observers have commented, we know that dropping homeless people in hotels or expecting a formerly incarcerated individual to secure housing on their own is a failed approach.

It’s high time that we chart a new course in the mission to house society’s most vulnerable members. For-profit companies get the bulk of the glory when it comes to creating  new homes, but growing the capacity of nonprofits to serve as developers and long-term owners of affordable and supportive housing is critical to tackling our thorniest housing-related problems. For it’s the nonprofit side—from neighborhood groups to faith-based charities—that is willing to step into the most distressed areas and to serve the hardest-to-house residents.

Nestled within each of the city’s neighborhoods, nonprofit housing providers were some the first to move into areas that had been hollowed out by the flight of New Yorkers from the city in the 1970s. In these pockets of poverty, they transformed abandoned city-owned buildings and vacant land into homes for people with psychiatric disabilities, substance abuse issues, and the chronically homeless. Fast forward forty years and they are working to stem the tide of ever-growing demand—for homes, for services, and when it comes to the operational and physical needs of the buildings they occupy. In this environment, every opportunity counts and not a single dollar can be left on the table.

One of the biggest misconceptions is that capitalizing on the benefits that come with owning and operating real estate is incompatible with being a mission-driven provider. This partly comes from a gut feeling—that it’s somehow taking advantage for a nonprofit to enjoy the full value of their asset—and partly from a myriad of complex reasons and real-world obstacles that make it more difficult to engage in real estate deals on the same playing field as their for-profit counterparts.

Whereas for-profit owners tend to be armed with a deep bench of in-house financing professionals, close relationships with lenders, and familiarity with the ins-and-outs of housing programs; the nonprofit community frequently relies on volunteers’ expertise and sometimes must contend work risk-averse Boards.

In many cases, supportive housing is just one part of a wider-scale agenda and there could be disagreement around how resources are allocated within the organizational mission. Wariness of extra government regulation and nervousness around taking on additional leverage are also common refrains, and can constrain organizations from maximizing the opportunity to extract value from their holdings.

These are valid concerns, but they can also hold an organization back from utilizing the approach of many successful for profit organizations, allowing them to become financially solvent and further serve their mission. Refinancings, rent restructuring, and the efficient utilization of subsidy should not just be the tools of for-profit owners. In fact, they should be viewed as a critical part of the continuum of care and integral to the task of providing decent, affordable housing.

Time and time again, we’ve seen that by doing the finance work, the nonprofit housing sector is able to serve more people, and in a more holistic way. As our city and our country look to the future, providing a leg up for those on the frontlines of the fight against the real, persistent, and growing problem of housing insecurity and homelessness is the right place to start.