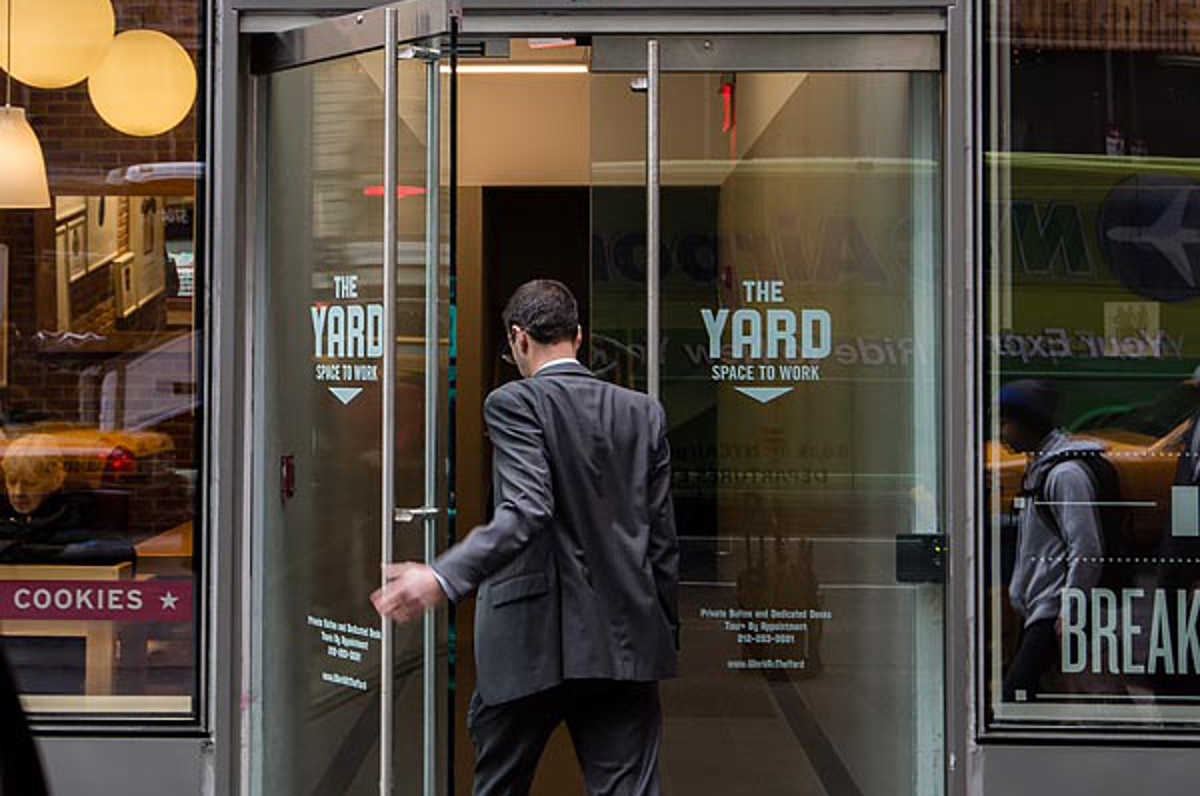 New York is the second-most expensive place in the country to rent an office desk, according to a study from workspace network start-up LiquidSpace.

In its flexible offices second quarter report, the firm found that the average rent per person in New York stands at $740. The figure is lower than the average in San Francisco, which was at $911. However, it was 45 percent higher than the national average of $512.

For its report, LiquidSpace tracked transactions involving properties that fall outside of a traditional five to ten year lease. This includes co-working spaces, meeting room rentals and subleases from private businesses. The firm calculated the average rent by dividing the asking rent by the maximum capacity of each space. The other spots in the top five include San Diego ($707), East Bay ($651) and Philadelphia ($651).

LiquidSpace also pointed to a shift in the relationship between co-working firms and landlords. “The role of the landlord is shifting more toward a hospitality role,” the report read. An example of this is Tishman Speyer, which recently introduced Zo, a suite of wellness and lifestyle services in its office buildings.

“The change for commercial landlords to become more service-oriented mirrors the shift we saw in residential real estate. Over the last decade portions of the residential apartment sector saw increased engagement between tenant and landlord. Residents sought more services and amenities as part of their experiences. Ownership groups, many of which had experience with hotels, emerged to provide these services. The office sector is poised to follow suit.”

According to Richard Beyda, a co-founder and the head of real estate at shared office space provider The Yard, this shift comes as co-working firms gain more leverage in their negotiations with property owners.

“I would say that the relationship is changing. I think for a long time owners saw co-working as just another potential source of leasing activity. Over time, it’s becoming very clear to most people in the real estate industry, I think, that a substantial portion of American businesses prefer to work in a flexible environment. As owners see demand for high quality flexible workspaces skyrocket, I think the vast majority of them are now in the position of figuring out what their plan is to increase the proportion of that in their buildings,” added Jamie Hodari, the CEO and co-founder of co-working firm Industrious.

The stronger negotiating position for co-working firms is partly due to their appeal to large companies. According to a recent report from CBRE, nearly 44 percent of corporations have employees in some form of flexible office. This percentage is likely to increase over the next few years. The share of large corporations with employees in co-working spaces is expected to jump to 65 percent in the US by 2020.