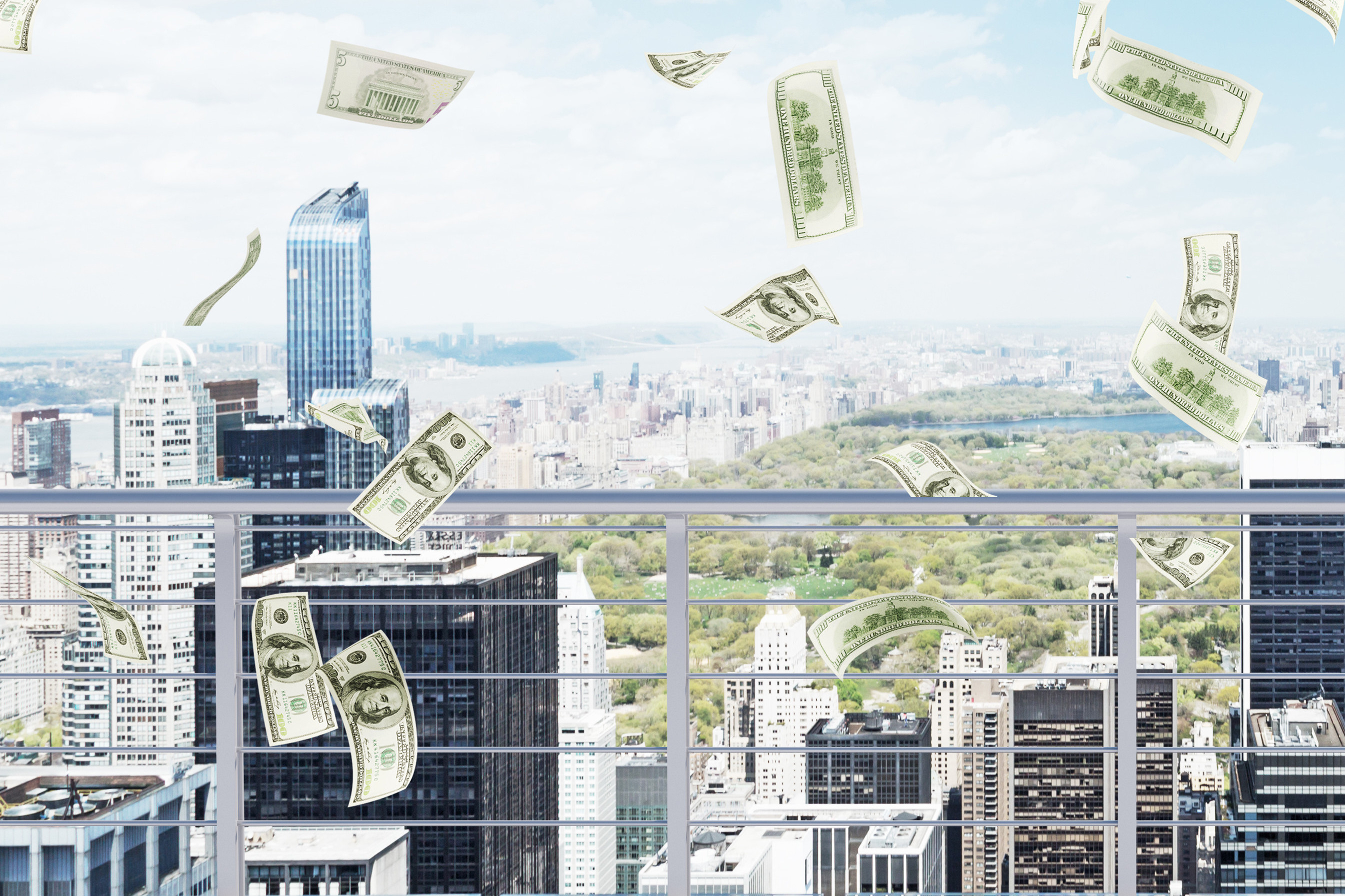 The plan, which officials say will provide funds for senior housing projects across the city, is meant to generate equity between the haves and the have-nots.
“We know that the wealthiest among us have every reason to expect a major new tax break at the federal level given the proposals already put forward by President Trump and Congress. We think in light of the fact that the wealthiest will be receiving a substantial federal tax break that it’s time that they pay their share of the state and local taxes,” de Blasio said during a New York State Budget hearing.

“I believe the time is now to enact a mansion tax for New York City high-value home sales. That means homes that start with a sales price of $2 million or higher. The people who would be affected can certainly afford this additional tax and the revenue would be used to keep 25,000 senior citizens in their home at an affordable level.

“This would be an additional 25,000 senior citizens who would get affordable housing as a result of this proposal. Moreover in this uncertain federal climate, identifying local revenue sources for affordable housing preservation is paramount.”

While the notion of taking from the rich and giving to the poor is sure to play well during an election year, critics contend that the plan may hurt a housing market that’s already showing signs of softening.

“It’s about finding the right balance in taxation“, said Neil Sonenberg, a partner at accounting firm Marks Paneth. “A significant tax increase may end up hurting the real estate market. We’re already seeing a weakness. It’s a serious matter worth paying attention to.”

According to Douglas Elliman’s 2016 fourth quarter Manhattan report, sales dropped 8.7 percent year-on-year to $1.05 million. The borough’s average sale price rose by 7.7 percent to a 27-year record of $2,098,459. However, the report attributed the increase to new development sales that were signed a few years ago.

The market share of homes that were sold above the list price also dropped from 29.1 percent to 12.6 percent. That figure represents the lowest in almost four years.

The mansion tax, which was established in the late ‘80s under Governor Mario Cuomo, currently imposes a one percent tax for homes worth $1 million or more. The fee, which is normally paid by the buyer, comes to about $10,000.

If the new proposal passes, homes that breach the $2 million mark will trigger a 2.5 percent tax rate. That means that the mansion tax would increase to $50,000.

The Office of Management and Budget projected that there will be 4,500 homes over $2 million that will be sold over the coming year. If the plan passes, the city is expected to generate $336 million for affordable housing projects.

The Real Estate Board of New York criticized the plan, arguing that acquisition costs for New York City homes are already high. “New York City has one of the highest transaction tax costs in the country. An additional tax like the one proposed will suppress sales activity and lead to lower tax revenue for the city,” said REBNY President John Banks.

People involved in arranging real estate deals in the city had harsher words. Heidi Burkhart, the president of Dane Professional Consulting Group, a real estate brokerage firm that specializes in affordable housing, called the plan “absurd,” saying that it makes conditions more difficult for people living in the city.

“For any kind of family, it’s extremely hard to live in New York City with the price of living the way it is and the rents the way they are in Manhattan, and now in Brooklyn, Queens and the Bronx. I don’t think that it’s the best way to address the affordable housing problem,” she said.

“Find different ways to create money for affordable housing and not necessarily go and say, ‘Oh, let’s tax the rich. They can afford a $2 million apartment so they should pay for affordable housing.’ It’s insane to me to consider that sort of mechanism for a mansion tax. As a broker, I don’t like people to look at my pockets with regards to how much I’m making. I just get upset when people look at other people’s pockets because it’s not your right.”

Meanwhile, Jordan Sachs, the president of brokerage firm Bold New York, called the proposal “a knife in the back.”

“We already pay a very high income tax rate here. So people are already giving a lot of money to the city. We understand the need for taxes, but this is a little bit of a knife in the back. I just want to understand where else de Blasio is looking to sell this. Every confrontation it comes back to the real estate community, whether you’re a buyer, seller or developer,” he said.

Teresa Stephenson, the vice president of residential brokerage at Platinum Properties, said that the biggest impact would be in the buying habits of foreign investors.

“We currently have a glut of inventory at the high-end of the luxury market. If it means avoiding the proposed mansion tax, investors would be even more likely to invest in multiple properties below $2.5 million, instead of buying one property above $2.5 million,” she said.

“This will mean more competition in the already competitive market below $2.5 million, which will have a negative impact on local New Yorkers who are looking at the average price point between $1-2 million.”

Burkhart pointed to other models as an ideal source of affordable housing funds. She described the Fund for Public Housing, a non-profit that raises private donations for affordable homes, as the “right way” of generating money for housing projects.

The Fund for Public Housing has a goal of $200 million over three years. That’s a small fraction of the $7.5 billion that the de Blasio administration allotted for affordable housing in its ten-year capital plan.

Lucky Harry: Macklowe tips his hat to greatest business in the world