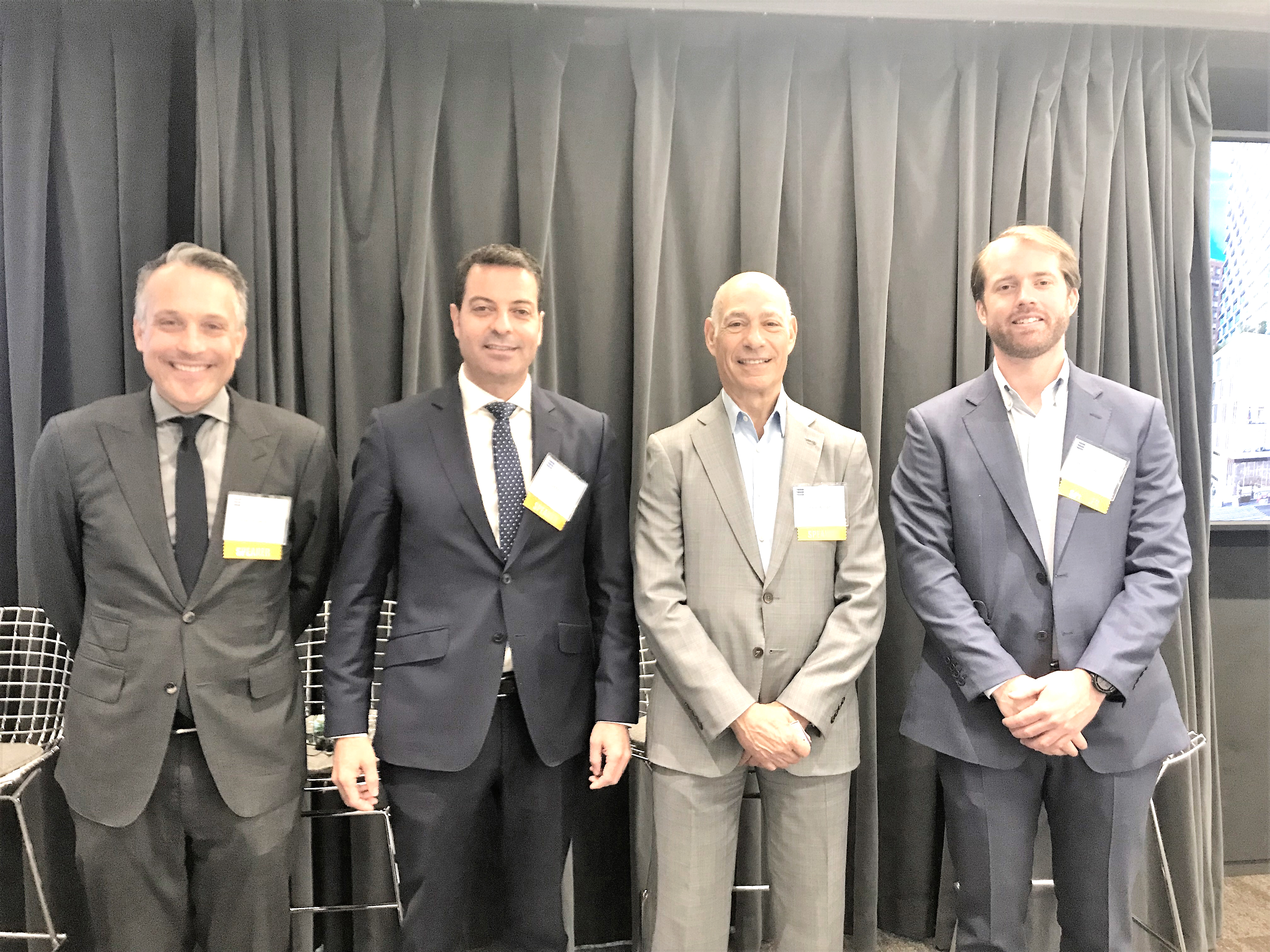 A panel of experts led a discussion on developments on the Lower East Side during an event hosted by the Greater New York Construction User Council (GNYCUC) at Gensler’s New York City headquarters at 1700 Broadway.

“As the Lower East Side neighborhood evolves, real estate professionals and locals alike are eager to discuss the direction these developments are taking and how these unique and modern, yet cultural projects meld into the atmosphere and landscape of the area,” said Ariel Tirosh, an agent with Douglas Elliman who moderated the discussion.

“We are excited to hear about the current state of affairs and what these experts are seeing while also exploring how this will play out and what they think may come next.”

Essex Crossing is coming to life with its first residents moving into the Rollins and lesing underway at  145 Clinton Street.

The Rollins will house a Trader Joe’s and a Target, which will open in late summer, and an adjacent 15,000 s/f public park designed by West 8 will also open this summer.

Finally, across the street at 115 Delancey Street, rental leasing is expected to begin later this year.
The project will include The Market Line, a bazaar-like marketplace spanning 700 feet along Broome Street. At 150,000 s/f, it will house an eclectic mix of food, fashion and culture