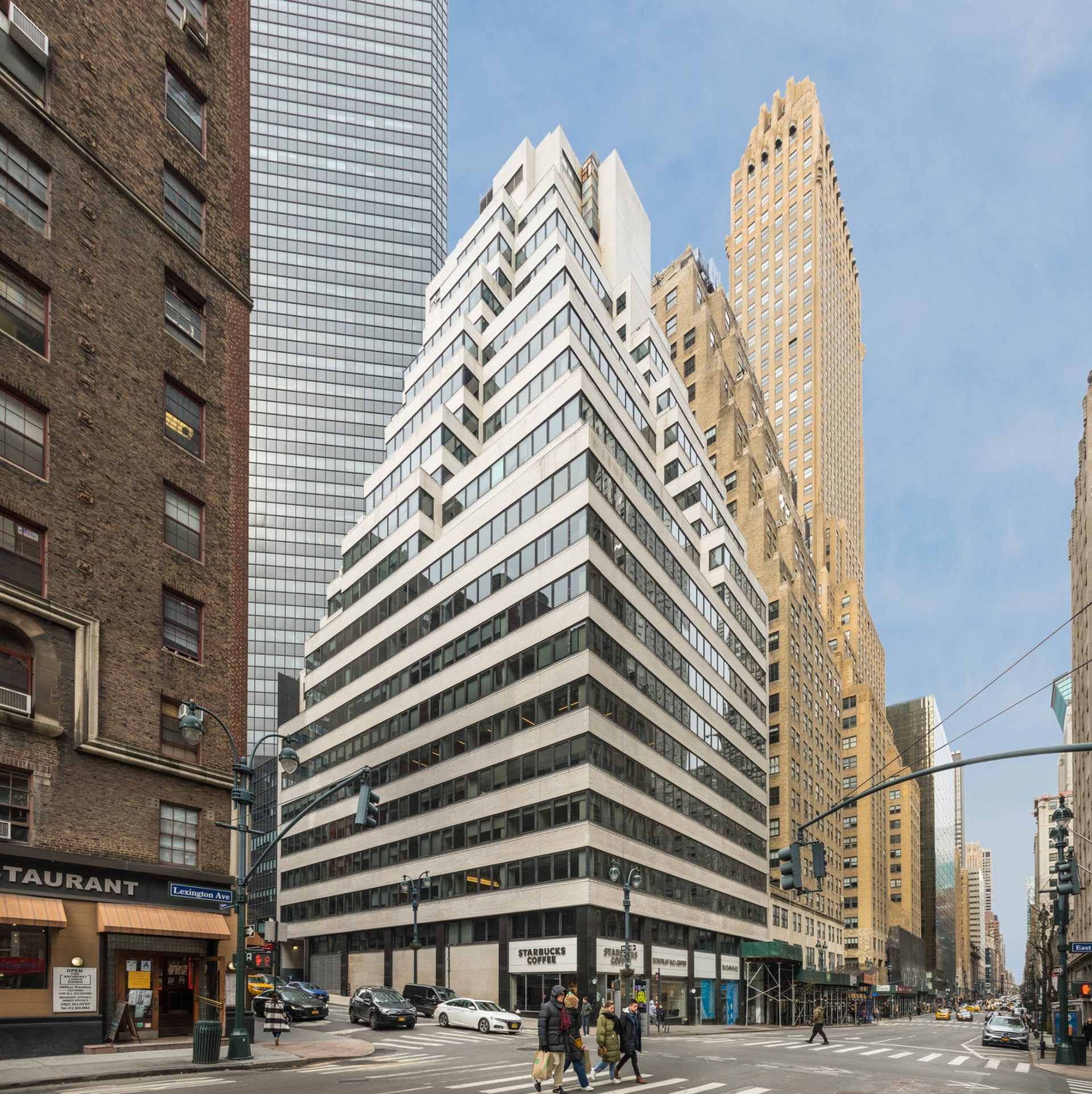 Savanna has closed on a $180 million purchase of 360 Lexington Avenue, a, 24-story office tower in East Midtown, from AEW Capital Management. The buy was financed with a $126 million loan provided by Barclays and arranged by Eastdil Secured and the new owner is promising a “rebrand” of the property with $20 million in improvements. The capital improvement plan includes a full lobby and entrance renovation, tailored prebuilt program, new bathrooms and corridors, and select infrastructure upgrades. The building was last renovated in 2014.

Savanna said that the company was drawn to the neighborhood as well as the property’s more unusual features like boutique floor plates and terraces. Built in 1958, 360 is located on the northwest corner of Lexington Avenue and East 40th Street, two blocks from Grand Central.

“360 Lexington is ideally positioned in a neighborhood that has long been considered to be a central location with strong transportation access, which only continues to improve as major transit and infrastructure changes are underway in the immediate area,” said Andrew Kurd, managing director at Savanna. “Our capital plan will enhance the profile of the building within this market and allow tenants to benefit from not only an accessible location but also high-quality, modern office space.”

Savanna also noted the planned renovations are aimed at enhancing the 268,383 s/f building’s existing standout features which include large windows, a facade with multiple setbacks and flexible floorplates ranging between 4,000 and 15,200 s/f, to accommodate larger and smaller tenants.

The new owner has also announced marketing and leasing will be led by a JLL team comprised of Mitch Konsker, Barbara Winter, Ben Bass and Kip Orban.
“Our team is excited to launch a new leasing campaign at 360 Lexington,” said Konsker. “We have seen growing interest in the Grand Central submarket and believe there will be a large and diverse set of tenants looking for renovated office space available in this area at competitive rents.”
Grant Frankel, Philip McKnight, and Rob Turner of Eastdil Secured arranged the financing of 360 Lexington on behalf of Savanna. Cole Schotz, P.C. served as Savanna’s legal counsel in the acquisition of the property. Hunton Andrews Kurt LLP served as legal counsel for Barclays in the transaction.