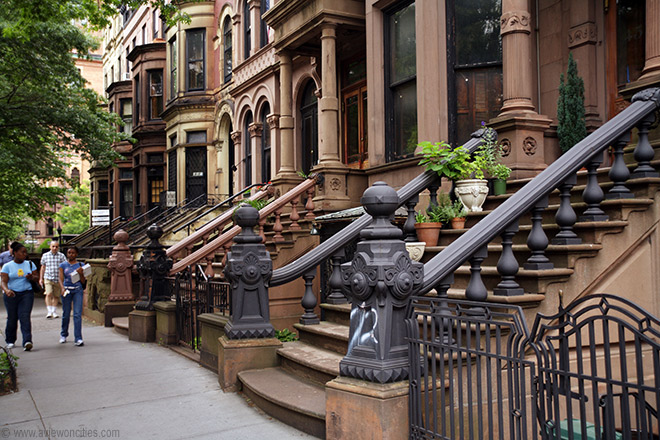 In New York City, only 3.4 percent of the city’s buildings are landmarked. That’s a shockingly small percentage given how often the battles between developers and landmark preservation advocates play out in the media.

Peg Breen, the president of the New York Landmarks Conservancy, a nonprofit advocacy group founded in 1973, believes that statistic goes to show that there’s room for both new development and historic preservation in the Big Apple.

One of the most talked-about is the Midtown East rezoning plan. At the end of August, the city unveiled its plan for Midtown East, after rezoning a block of Vanderbilt Avenue that paved the way for SL Green’s 65-story One Vanderbilt. The plan calls for revitalization and to encourage more development in the proposed rezoning area, which stretches from 39th Street to 57th Street, and between Fifth Avenue mid-block and Third Avenue mid-block.

“I think it’s terrific that preservation has a role in Midtown East planning,” said Breen at a B’nai B’rith luncheon Sep. 13, on the Midtown East rezoning plan. “There’s still a couple buildings we think are still of landmark worthy, but I don’t think the commission will do anymore. There’s balance though. There will be landmarking, a lot of new development, and everyone has a seat at the table.”

Up to 16 new towers like One Vanderbilt are likely to be developed under the new zoning plan, with 14 possible development sites, according to the city.

Of the 473 buildings total buildings located in the proposed area, the Landmarks Preservation Commission announced 12 they are seeking to landmark, including Hotel Lexington, Marriott East, the Benjamin Hotel, and SL Green’s 125 Park and the Greybar Building near Grand Central Terminal.

SL Green has opposed both 125 Park and the Greybar Building being landmarked, something Breen doesn’t quite understand. The firm claims the Greybar corridor leading into Grand Central Terminal is already landmarked, so there’s no need to landmark the rest of the building, and they believe exterior landmarking would be a burden, said Breen.

“SL Green takes wonderful care of the Greybar Building, and really maintains that exterior, I think up to landmarks standards now, so I’m not sure what their objection is,” said Breen.

Working to balance preservation and growth in the city started more than 50 years ago, when Mayor Robert Wagner signed the Landmarks Law in 1965. REBNY and the Landmarks Preservation Committee and other landmarks advocates are often on opposite sides of a debate over zoning and preservation, but Breen, who previously worked at City Hall with REBNY president John Banks, said that there’s respect between the groups.

“I always got along with Steve Spinola, when we weren’t shouting at each other,” she joked. “As we say at City Hall, it’s nothing personal, it’s just business.”

And despite REBNY and the City Council’s complaints about preservation, The New York Building Congress announced that in 2015, there was a record amount of new development in NYC, and they expected it to continue.

The New York Landmarks Conservancy commissioned an independent study last year to look at preservation’s impact in NYC. It found that more than $800 million a year is invested to preserve buildings in NYC, that tech firms disproportionately choose to take space in historic districts and older buildings, and that historic districts are the densest residential neighborhoods in every borough, often two to three times denser.

“Turning New York into Shanghai isn’t necessary or desirable,” she said. “There’s room in New York for preservation and new growth. The upzoning proposals are threatening that balance. New York works better for everyone when things balance out.”

The Conservancy is also working on include preserving middle-income housing buildings in Jackson Heights that were among the first in the U.S., and religious buildings throughout the city, which Breen said the city is losing at a high rate.