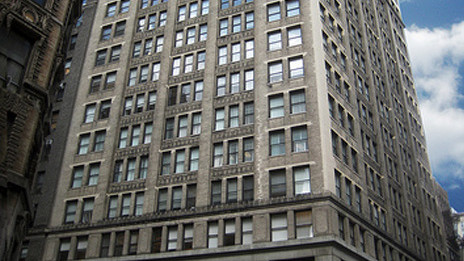 David Koeppel and the Rosen family have  partnered to form Koeppel Rosen LLC, a commercial real estate firm that will be handling the leasing and management of the Rosen’s Manhattan portfolio.

“As office options in Manhattan grow taller and more expensive, we understand there’s a great need for affordable, modern business environments for companies of all sizes and backgrounds,” Koeppel said.

“These tenants are also seeking superior services and hands-on management within their buildings, which should not be a luxury reserved only for big-name companies with outsized budgets. To support the dynamic economy of the city, every company needs a vibrant environment in which to grow their businesses.”

This is the first time the portfolio will be managed in-house by family members, similar to other generationally held assets throughout the city.

“Just as important as what the building has to offer is what the neighborhood surrounding it can provide,” added Adam Rosen, who will serve as a principal of the new firm. “Our properties are located in some of Manhattan’s most active and creative office corridors, which offer the amenities and transportation that today’s tenants want for their employees and clients.”

Koeppel and members of The Rosen Family have decades of combined experience in the New York commercial real estate market.

Koeppel began his career in 1983 at the family business Koeppel & Koeppel, where he was responsible for buildings such as 575 Lexington Avenue and 26 Broadway. He also held leadership roles at Koeppel Tener Real Estate Services and Koeppel Companies.

Adam Rosen, representing the most recent generation of the Rosen family, began his career working with his father Jonathan P. Rosen at the family business The Rosen Group, a privately held, New York City-based real estate consortium specializing in shopping centers, office buildings, and other commercial properties, with over 100 assets across 15 states.

Joining them at the firm are John D. Goodkind, director of leasing; and Joseph D’Orio, director of property management.

Goodkind previously served as an executive managing director at Newmark Grubb Knight Frank. During his 25-year career, he has guided owners and developers, and spearheaded site selection and lease negotiations for global and national companies, amassing several industry awards for these transactions.  D’Orio, a 40-plus year industry veteran, joins after eight years with The Chetrit Group. Prior to that, he worked with the Koeppel family for approximately 35 years.

Photos: The evolution of NYC home architecture for the past 215 years