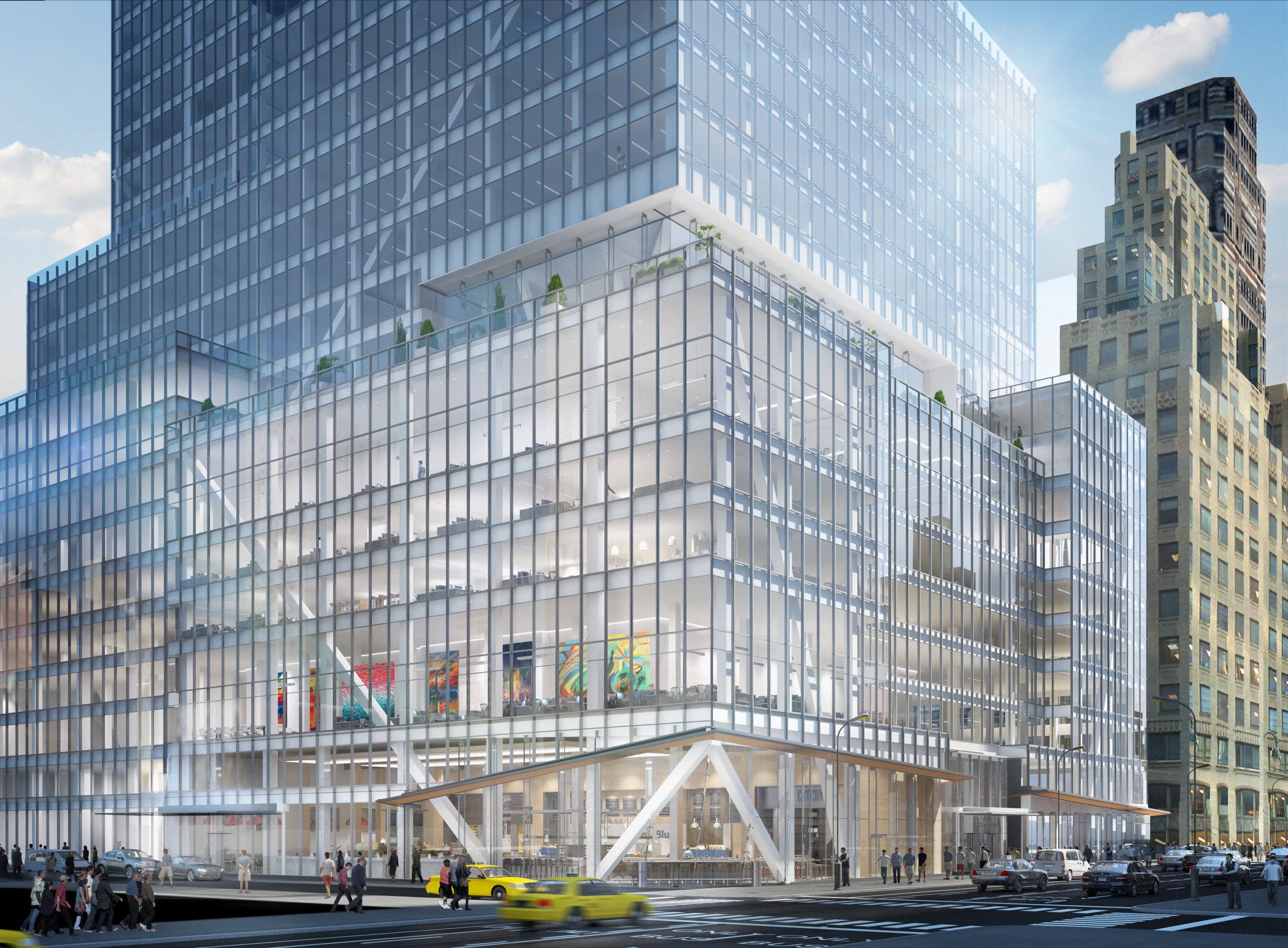 JPMorgan Chase will occupy more than half the space inside the newly-remassed 390 Madison Avenue while it pursues a new global headquarters.

The financial services conglomerate signed a 10-year lease at the Midtown East office building. It will occupy 16 full floors, accounting for 436,905 s/f of the property’s 850,000 s/f. It also leased two ground-floor retail spaces to open a Chase Bank branch.

L&L Holding Company, in conjunction with Clarion Partners and the New York State Common Retirement Fund, took 390 Madison through a major redevelopment, stripping away 1,500 tons of concrete from the base and paring back floors nine through 12 by 25 percent to add 100,000 s/f of double-height floors to the top of the building, taking it from 24 stories to 32.

Along with the additional floors, the remassing allowed L&L Holding to change the character of the building, increasing ceiling heights, installing a new glass facade for ample light, adding 13 spacious terraces and carving out designated amenity spaces, all with the goal of appealing to a younger workforce.

However, this location will likely serve as a stop-gap measure for the company while it pursues a new permanent headquarters. The plan is to demolish its current operations base at 270 Park Avenue then build a replacement on the same site but it has run into resistance from city residents who hope to preserve the boxy black tower. If successful, the opposition could drive the bank from the aging office stock of Midtown to the city’s greener pastures.

For the time being, L&L Holding Chairman and CEO David W. Levinson is glad to keep JPMorgan in Midtown.

“JPMorgan has long been a stalwart of the Grand Central District, and their continued long-term commitment will serve as a major boost to this iconic Midtown neighborhood,” he said. “We are proud to welcome them to 390 Madison Avenue.”

Levinson and the L&L Holding team of David C. Berkey, Andrew Wiener and Jim Traynor, represented both their own company and JPMorgan in the lease negotiations.

Robert Lapidus, L&L Holding’s president and chief investment officer, said he believes 390 Madison will be the “model for the future of Midtown East,” with its use of outdoor space, green technology and amenities.

In addition to JPMorgan, L&L Holding has secured commitments from beauty company Shiseido Americas Corporation, which has leased 225,818 s/f on floors 15 through 22, and the law firm Hogan Lovells, which will occupy 200,000 s/feet on floors seven through 12.

The building is scheduled to open this summer.