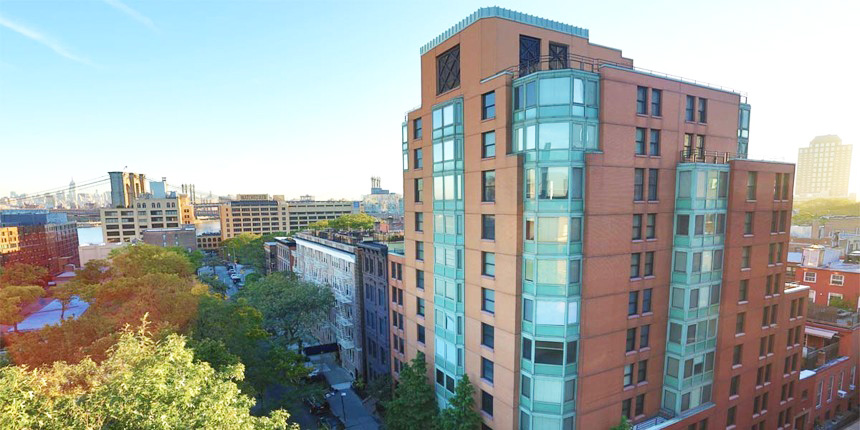 Jehovahʼs to sell another Brooklyn building

Jehovah’s Witnesses announced that their property at 97 Columbia Heights in Brooklyn is on the market.
The 11-story apartment building, with views of the East River and Manhattan skyline, could fetch between $60 million $88 million, according to reports.

The building occupies the site of the former Hotel Margaret that was destroyed by a fire in 1980. Architect Stanton Eckstut was hired to design the new residence, which incorporates architectural elements that pay tribute to the former hotel’s copper patina details, terracotta façade, and corner bay windows.

In 1986, while the new building was under construction, the property was sold to the Witnesses and has been used to accommodate members of their headquarters staff. David A. Semonian, spokesman for Jehovah’s Witnesses at their world headquarters, commented: “Hundreds of our personnel called 97 Columbia Heights their home over the last 30 years.

“The building’s charming character and ideal location make it a premiere residential space.”
The 88,610 s/f building contains 97 residential units, some of which feature private outdoor terraces, as well as a rooftop terrace.

The building also includes an indoor garage with 30 parking spaces accessible from a private entrance on Orange Street.

Semonian added: “Our personnel and offices have been moving to our new world headquarters at Warwick, New York, which has been operating since September 1, 2016.
“The sale of 97 Columbia Heights is the latest step forward in the relocation process.”