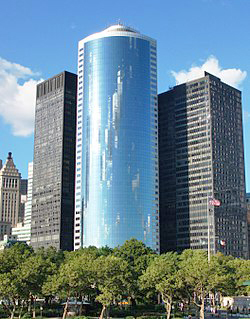 The global risk management and portfolio construction services providerleased 30,000 s/f across the entire 26th and 27th floors and expanded its existing footprint by 7,234 s/f

“Axioma has been a highly valued tenant at 17 State Street for over a decade and this is their fourth expansion within the property,” said AJ Camhi, Director of Leasing at RFR. “We are pleased to continue our partnership together.”

RFR also announced two leases were signed on the third floor of the property.

FGC Capital leased a 2,463 s/f unit and Friendly Capital signed a lease renewal for 3,899 s/f. Represented by Peter Shakalis of Lee & Associates, Friendly Capital has been a tenant of 17 State Street for more than 16 years.

The recent activity at 17 State Street follows several newly announced deals in the building, including 53,000 s/f of transactions announced in May that consisted of a nearly 44,000 s/f extension and expansion for Alphadyne Asset Management LP, an alternative investment management firm.