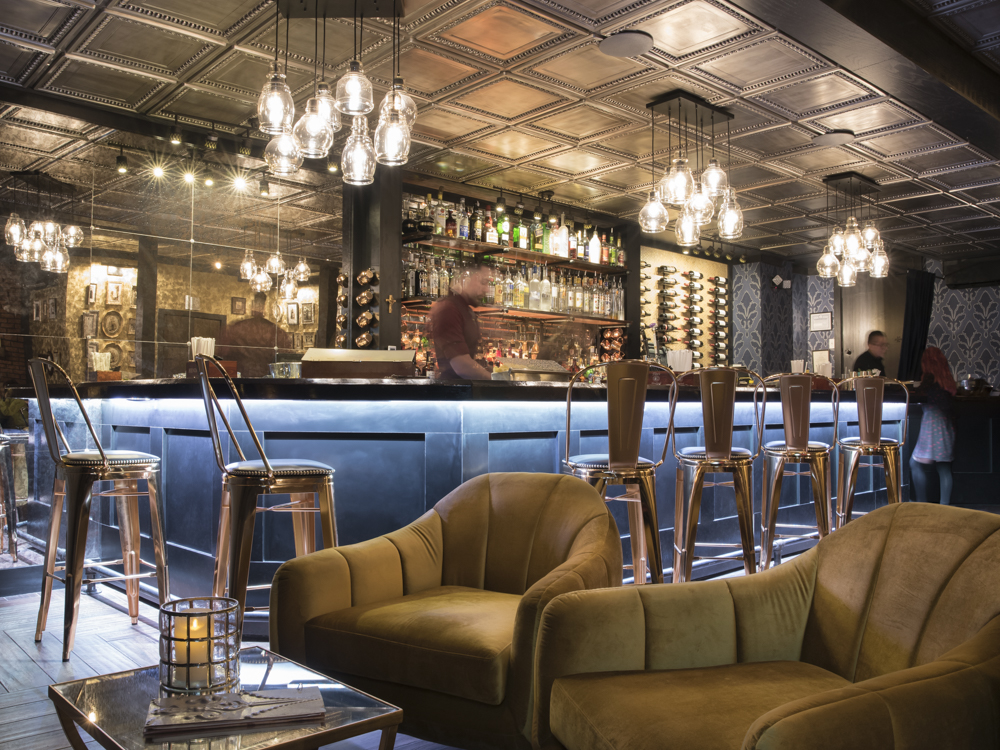 Designers studioBIG helped revive a historic speakeasy located in the basement of a yogurt shop in Farmingdale.

Charlotte’s Speakeasy on Main Street is in the basement of Charlotte’s Yogurt, which was opened by building owners John and Nick DeVito in 2014

The pair had big plans to revive the lower level to the speakeasy it had been during Prohibition and hired designer Leah Plevrites of studioBIG who had also designed the yogurt shop.

studioBIG designed the interiors, the brand, the signage, and the menus.

To get to the speakeasy, guests enter the yogurt shop, locate a white bookcase at the end of the yogurt wall, and say the week’s password. A doorman pulls a bust statue to reveal the secret entrance.

The first glimpse is a dramatic glass chandelier hung above the stairs, set against mirrored wallpaper and reclaimed 1920s tin ceiling tiles lining the staircase wall. Once downstairs, ceramic wood-look tiles laid in a herringbone pattern subtly lead patrons to the bar.

Three days during the week, the bar features 1920s themed live music. The basement’s wide exit stairs in the back — through which patrons in the 1920s may have escaped during police raids — now lead to a new patio.