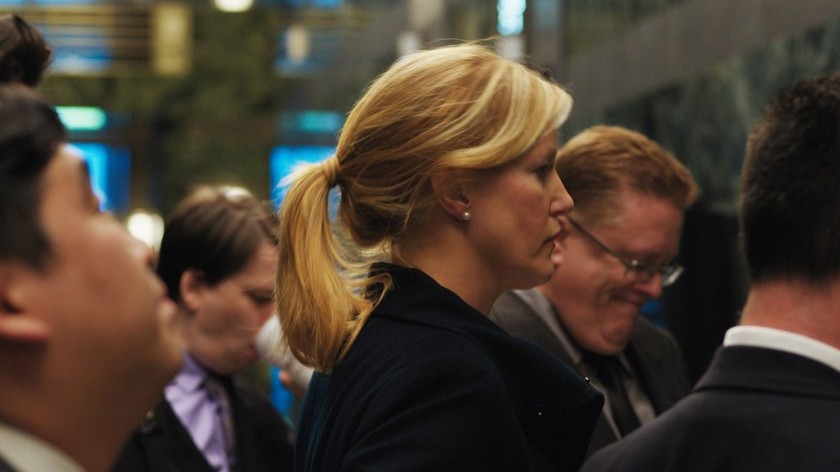 Fox wrote the critically acclaimed Equity, the first film about women on Wall Street that was written by a woman, directed by a woman and produced by women.
The movie centers on an investment banker (Anna Gunn) who gets entangled in a controversial public offering.
Fox was joined for an after-movie panel discussion on Successful Women in Business by Bank of America loan officer Bonnie Jean DeSimone, attorney Christina Smyth, founder of Smyth Law PC, Halstead Property founder and CEO Diane M. Ramirez, and Sara Rotter, executive director of sales at Halsteadʼs downtown offices.
Bienstock has known Fox since her own days as an actress and has bought and sold two homes for the writer since becoming a real estate agent.
Equity — which also stars James Purefoy, Sarah Megan Thomas and Alysia Reiner — is currently on limited release in New York and Los Angeles.

WinnCompanies has awarded $44,000 in scholarships to 45 residents of properties it manages.
Called the WinningEdge Scholarship, the program provides financial assistance to residents who have earned a high school diploma or GED, and aspire to continue their education at a college, university or professional trade school.
Twenty-four scholars live in communities managed by WinnResidential in California, Connecticut, Massachusetts, New York, North Carolina, Rhode Island, and Virginia. The remaining 21 are residents of military communities managed by WinnResidential Military Housing Services.