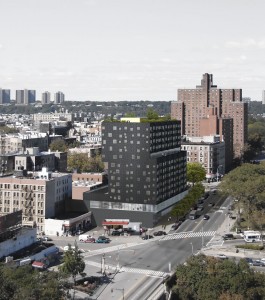 The project was financed by the Department of Housing Preservation and Development, which dedicated $10 million in HOME funds and $3 million in tax credits, and addition to $3 million in capital funding from the City Council.

Later this summer, tenants will begin moving into the building’s 124 permanently affordable units.

The cultural capstone of the Sugar Hill Development, the 17,000 s/f Museum will serve as a resource to both the preschool and the wider community. “This is the kind of ground-up planning that builds communities and is going to help us achieve our goal of building and preserving 200,000 affordable units in the decade ahead,” said Mayor Bill de Blasio.

Architect David Adjaye said, “The Sugar Hill Development is a new typology for affordable housing, with its mixed program of museum space, community facilities, offices and apartments. It has been incredibly exciting to work on this project with Broadway Housing Communities, and to engage with the cultural, social and physical fabric of Harlem.

“My hope is that the building—perched high on Coogan’s Bluff—will offer a symbol of civic pride and be a valued new resource for the neighborhood.”

In assembling the financing for the $80.2 million project, Broadway Housing Communities received foundation gifts from the Sirus Fund, New York Community Trust and the Oak foundation, among others, as well as government funding and private support from Capital One Bank. 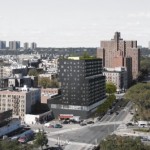