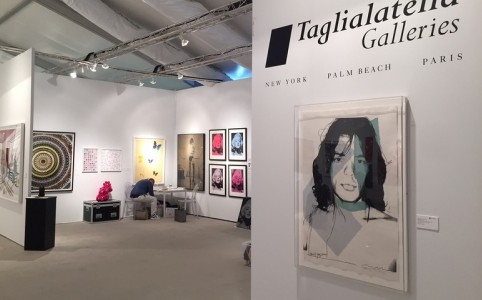 Handler Real Estate arranged a long-term, 5,000 s/f lease in Chelsea on behalf of Taglialatella Galleries, which will occupy the entire building at 229 Tenth Avenue.

Founded by Dominic J. Taglialatella — a force in the global art community for nearly four decades — Taglialatella Galleries works by contemporary and modern masters with a focus on Pop and Street art.

The two-story property at 229 Tenth Avenue is located at the crossroads of the Meatpacking District and Hudson Yards, and just off the 23rd Street entrance to the High Line.

Taglialatella Galleries, whose existing headquarters gallery operates on Tenth Avenue, is expected to relocate to its new, larger space in the fall of 2016.

“As one of the world’s most respected art galleries, Taglialatella Galleries sought gorgeous space to accommodate its growth while also remaining in the heart of Chelsea’s gallery row,” said Handler executive vice president Richard Farley, who along with director Darell Handler represented the tenant in the transaction.