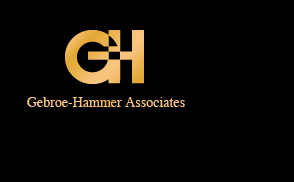 Livingston, NJ – In the words of the late American writer Jim Bishop, as the calendar year marks the arrival of autumn, multi-family investors are “carrying more gold in their pocket than all other seasons” – seeking to firm up in-the-works and new acquisitions before the start of a new year.

In a quarter that historically breeds high-velocity multi-family trading, the final months of 2016 are expected to top off what has already been an extraordinary year for Gebroe-Hammer Associates.

“Just when you think multi-family investments and apartment rentals may have reached their peak, you look at the numbers – which speak for themselves – and are struck by asking rents, occupancies, and per-unit pricing that continues to trend upward,” said Ken Uranowitz, the firm’s president whose entire career spans 41 years at Gebroe-Hammer.

“Within multi-family investing, there is one constant theme – people will always need a place to live. Apartment-rental properties have – and will continue – to fill this basic need for every population demographic, from the working-class to affluent professionals.”

Throughout Hudson County, Gebroe-Hammer closed 10 separate transactions during the latest quarter. Among the largest of these was the $18.5 million trade of 60 units at 400 Passaic Ave., selling for over $308,000 per unit, in East Newark. Built in 2013, St. George Harrison Apartments is comprised of 24 one-bedroom and 36 two-bedroom units.

“The city is undergoing a renaissance that is picking up more and more steam,” he added. “Investors are changing the property landscape by rehabbing and renovating prime-location buildings in order to attract a tenant base of young professionals. Both are the driving force behind advancing East Orange’s efforts to rebrand itself as a destination city.”

In addition to its urban market expertise, Gebroe-Hammer’s brokerage activity also focuses on mid-to-high-rise and garden-style suburban properties. During the third quarter, the firm’s sales were concentrated within several high-barrier-to-entry markets, including Bergen/Passaic counties in New Jersey as well as Pennsylvania’s Philadelphia and Delaware counties. Supply remains the greatest constraint in these record high-demand markets, reports Gebroe-Hammer.

“Suburban locales have enduring investment appeal throughout economic peaks and valleys, and even more so now at a time when the job market has been holding steady. For this reason, supply is scarce and demand is at historic levels,” said Managing Director Joseph Brecher.

“These properties thrive over the long term because of their proximity to major metro centers and access to mass transit, both of which appeal to a mixed tenant pool of families and single millennials alike.”

Key highlights in the latest quarter included the $18.225 million trade of the 124-unit Maybrook Plaza Apartments in Maywood (Bergen County) as well as the sale of 164 total units for $10.25 million in Pennsylvania’s Delaware County.

Philadelphia, which boasts the fastest growing millennial population among America’s largest cities, is comprised of one of the most diverse property-class mixes in the nation. This “melting pot” ranges from newly constructed high-rise buildings to recently renovated post-World War II mid-rises – all of which account for 209,987 units spanning 28 geographic concentrations. In recent weeks, Gebroe-Hammer arranged sales involving 186 total units throughout the city and reports that several prominent deals are in the pipeline.

“From the largest submarket of Center City, which has 18,320+ units, to the smallest – Olney/Oak Lane, which accounts for 2,870 units – asking rents are expected to increase through year end as well as on an annualized basis through the close of 2018,” said  Senior Vice President Eli Rosen and the firm’s area market specialist.

“These projections, along with the potential to achieve greater appreciation with modest capital improvements at older existing properties, are only feeding the fever pitch citywide,” he added. “It has become challenging to quench investor appetite as the gap between demand and supply only widens. Fortunately, thanks to our 14+ years expertise in Philadelphia, Gebroe-Hammer is able to facilitate the acquisition of properties that complement and enhance our long-term and new clients’ existing portfolios.”

Gebroe-Hammer is one of the most active multi-family investment sales brokerage firms throughout the New Jersey/Pennsylvania/New York State corridor. The firm’s brokerage activities concentrate on suburban and urban high-rise and garden-apartment properties throughout the Northeast and nationally. Gebroe-Hammer also markets mixed-use and free-standing office and retail properties. Widely recognized for its consistent sales performance, the firm is an 11-time CoStar Power Broker.

Queens catching up in race to be the next big thing

Auctioneer bidding to bring biz back to the fore