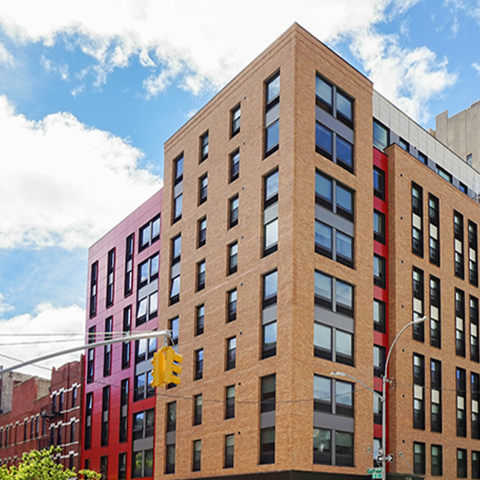 New Yorkers across the five boroughs benefited from the relentless advocacy of a broad coalition that worked to reverse capital funding cuts that would have limited our ability to create and preserve affordable homes. The coalition’s success was announced when City Hall restored $466 million of that funding last week.

It is a signal to New Yorkers struggling with housing insecurity that help is on the way, as the new funding will finance thousands of new affordable homes in 2021. It is also a significant victory months in the making for housing activists. When the cuts were first proposed in June, the New York State Association for Affordable Housing (NYSAFAH) was one of many housing advocacy organizations that stepped up to sound the alarm, both publicly and behind the scenes.

Our work was a component of a collective effort led by the New York Housing Conference (NYHC) that included housing groups like the Association for Neighborhood and Housing Development, LiveOn NY, and the Supportive Housing Network of New York. Crucially, the coalition also included tenant advocates and religious organizations like the Interfaith Assembly on Homelessness and Housing and the New York State Council of Churches.

But while we rightfully celebrate this win, we should also remember that our work is far from finished. The restoration is only partial – it does not include the funding already stripped from the FY20 budget – and there is evidence that the cuts have already slowed projects in the affordable housing pipeline.

A NYHC analysis found that the FY20 cuts would result in roughly 10,000 fewer units of affordable housing created or preserved in a clear warning against future post-COVID budget reductions that are sure to bring the same result. The industry and advocates must remain vigilant and continue to fight for this critical funding, the allocation of which will be central to the ongoing economic recovery effort at both the city and state levels.

In Albany, we need to push for sustained funding to create and preserve affordable housing in every community across New York, because housing insecurity is truly a statewide problem, and also for the creation of a new, dedicated five-year housing plan. This investment will not only help drive New York’s recovery, but also will make our state more economically durable in the long-term.

In Washington, we must fight for an expansion of the Low-Income Housing Tax Credit, which finances the vast majority of affordable housing production across the nation, and also push for new federal incentives for states and municipalities to tear down longstanding exclusionary zoning practices.

The coming year will be crucial for the long-term outlook for affordable housing in New York City and state. Next week’s presidential election, coupled with the 2021 mayoral race, come on top of a new post-COVID economic reality. It is in our hands – and the hands of our elected officials – to determine the future of this city and state for years to come.

The de Blasio administration’s reversal demonstrates that this community can dramatically influence policy outcomes when we work together toward a single goal. We will not always be united on every issue, but we must look to replicate this effort whenever possible in the legislative battles to come. Our economic recovery depends on it.