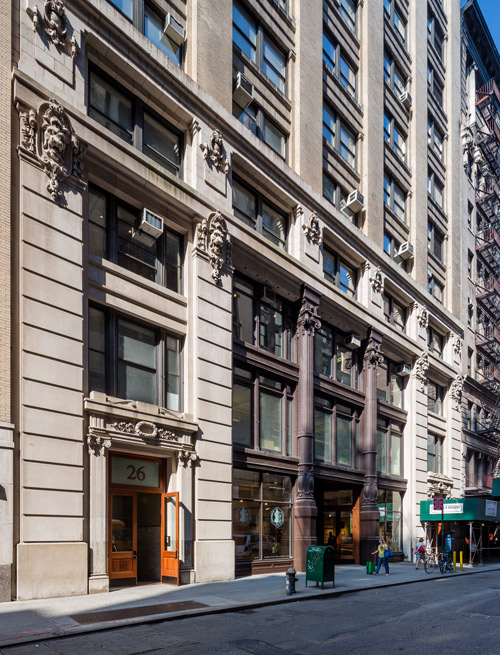 In the largest transaction, the flexible office space provider signed a 9,979 s/f lease for the entire 6th floor at Winter Properties’ 26 West 17th Street, located on the south side of 17th Street between Fifth and Sixth Avenues.

In Midtown, Knotel has taken an additional 8,780 s/f across the entire 8th floor of AR Global’s 200 West 41st Street.

It has taken an additional 8,541 s/f on portions of the 6th and 7th floors bringing its total square footage at that building to 32,016 s/f. Knotel was represented by Michael Morris and Greg DiGioia of Newmark Knight Frank in the transaction, while the landlord was represented in-house.

Knotel also signed a 4,673 s/f lease comprising a portion of the 6th floor at Moinian Group’s 90 John Street.
“We are thrilled to be able to expand our partnerships with such prestigious landlords Winter Properties, AR Global, Square West, and Moinian Group,” said Eugene Lee, global head of real estate & business development at Knotel.

“These new locations are a key indication of our explosive growth in New York as companies of all sizes begin to recognize that Knotel is a viable – and preferable – alternative to the long-term lease.”
Knotel – which designs, builds and operates custom spaces for companies of 50 employees or more – was founded in New York City and caters to established and growing brands.

It has quickly expanded nationally and internationally, with additional locations in San Francisco, London, and Berlin.

The new transactions come just weeks after Knotel acquired search engine 42Floors, a move that gives the company access to data and technology on over 10 billion square feet of office space while accelerating its plans for a blockchain platform, Baya.io.

Over 200 companies call Knotel home, including Starbucks, Stash and King.