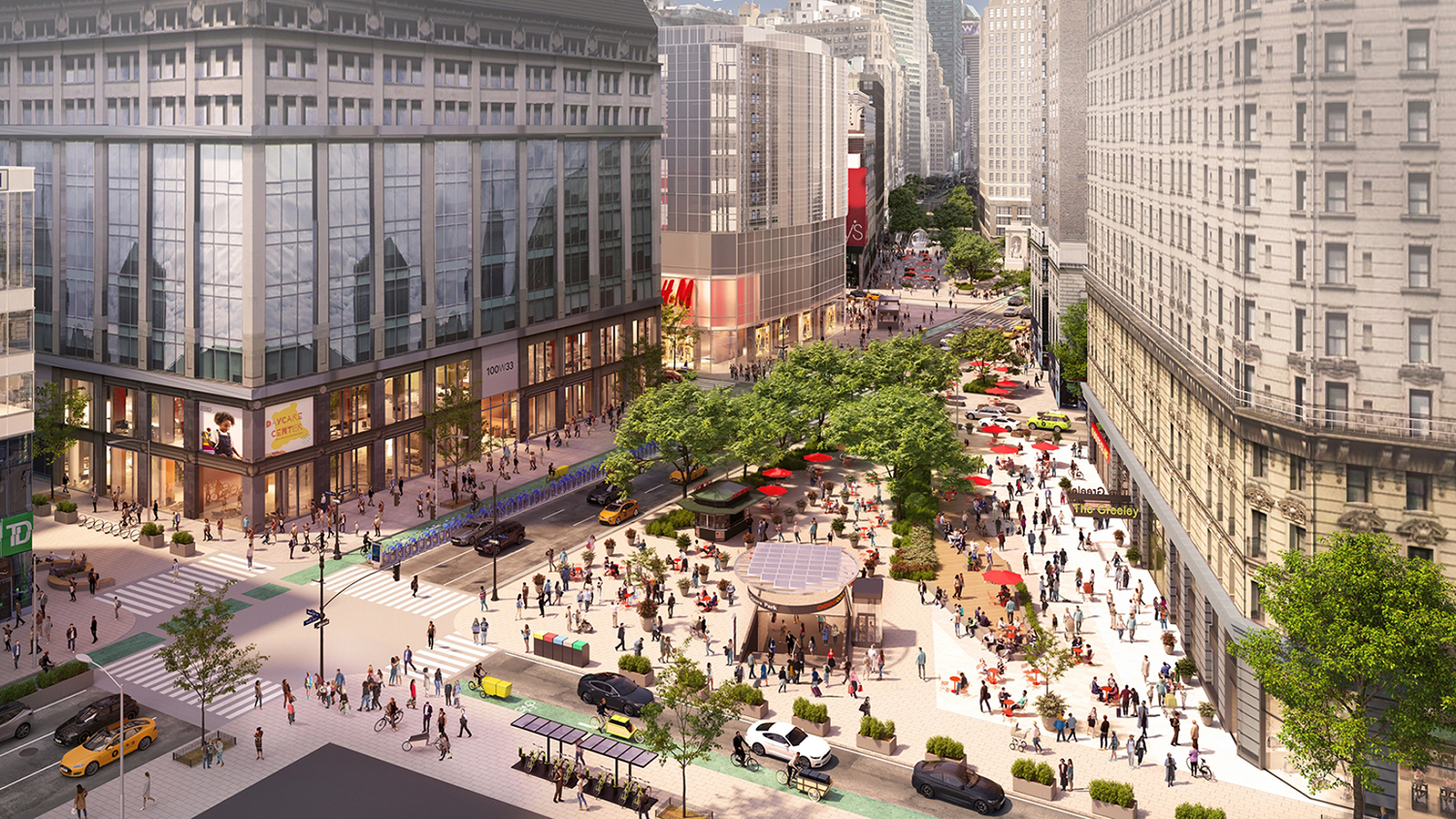 The housing plan Mayor Adams put out last week does a good job capturing the zeitgeist – a ‘pro community and pro development’ approach that befits a shaky economic moment on the tail end of a major reckoning on race and class.

It’s a hard note to hit– but a mutual commitment to two factions that have for too long been seen as diametric opposites is the only way forward.

Over the past 20 years, the primary casualties of the development war have been hundreds of thousands of New Yorkers unable to secure housing that meets their needs.

It’s the one result no one – not developers, advocates, or housing-insecure New Yorkers– wants.

While there is some indication that the tide may already be turning, it’s time to memorialize these early bubbles of compromise, finding common ground on development maybe for the first time since the 70s.

The Adams administration is laying that groundwork with this plan; and, it should be said, so is Governor Hochul, with the ‘Making New York Work for Everyone’ plan, done alongside Adams and re-elevating many of these concepts. We’re happy to see this collaboration in service of turning the page for housing in New York.

But the devil is in the details in untying New York’s thorniest economic knot. While the Adams plan does more than any administration in a long time in making the case for this middle ground, we all have work to do to put ideas into practice.

First, a call to action for developers, that Adams’ plan– and his new Civic Engagement Commission– embraces: we must do real community engagement to inform our development approach.

“Nothing about us, without us.” Locals are experts in their own communities and needs. Developers seeking to advance projects would shift the paradigm – and be greatly benefitted– by taking a beat to learn from residents in earlier stages.

If residents only hear details of a plan at the first Community Board meeting, it’s too late. We’ve already established that this is happening to them, not with.  That creates enemies out of would-be allies and dead projects out of would-be live ones.

It’s time to start engaging local experts not just during preset land use moments but when schematics are being drawn and consultants hired. That may feel inconvenient, but we must spend the time (and money) to ensure that there’s something tangible in it for local people, that they can seed early and instill deeply into the project.

We have the opportunity now to build thousands of new units the city desperately needs, from small projects to significant rezonings that offer big solutions. Communication, collaboration, and listening is the path to success.

Now, one for advocates: It’s time to think more broadly about our housing crisis.

Of course we need deeply-affordable housing, and shouldn’t stop advocating for it. But our city is full of teachers, city staffers, and dental technicians – middle-income people who make the city function are also being priced out of our city’s rental war, to say nothing of homeownership, a crucial ladder to the middle class, especially for BIPOC people.

The rallying cry for deep affordability is powerful and important, but so is housing volume. Creating heterogeneity in our housing stock– more and smaller units for the growing numbers of seniors and singles, and more widely-affordable ones, is a good goal of its own, and is achieved through creating a lot more housing.

It’s time to reframe our “deeply affordable or death” strategy towards “more housing, more places”. The more non-luxury units of all types we have, the better off we are.  If the economics for deep affordability don’t work, it doesn’t mean the project deserves the dustbin.

And one for the Adams administration: Please, staff up.

As proud city government alumni, we get it– we’re headed into a recession, and we need to keep the budget tight.  The de Blasio administration was famously heavy on bureaucracy which is its own slowing agent, and tightening up to keep the city agile is an important standalone goal.

But you can’t manage what you don’t measure, and you can’t effectively streamline bureaucracies, ironically, if there’s no one home to do it. As the administration evaluates reductions across agencies, we urge City Hall to consider staff involved in land use essential. Housing is health – we depend on agency staff to manifest projects.

The Adams housing plan is an encouraging next step towards a city that is both pro development and pro community, at a crucial and vulnerable time. Now it’s time for us to put it into action, beating our swords into plowshares and picking up the mantle of collaboration. Our city depends on it.