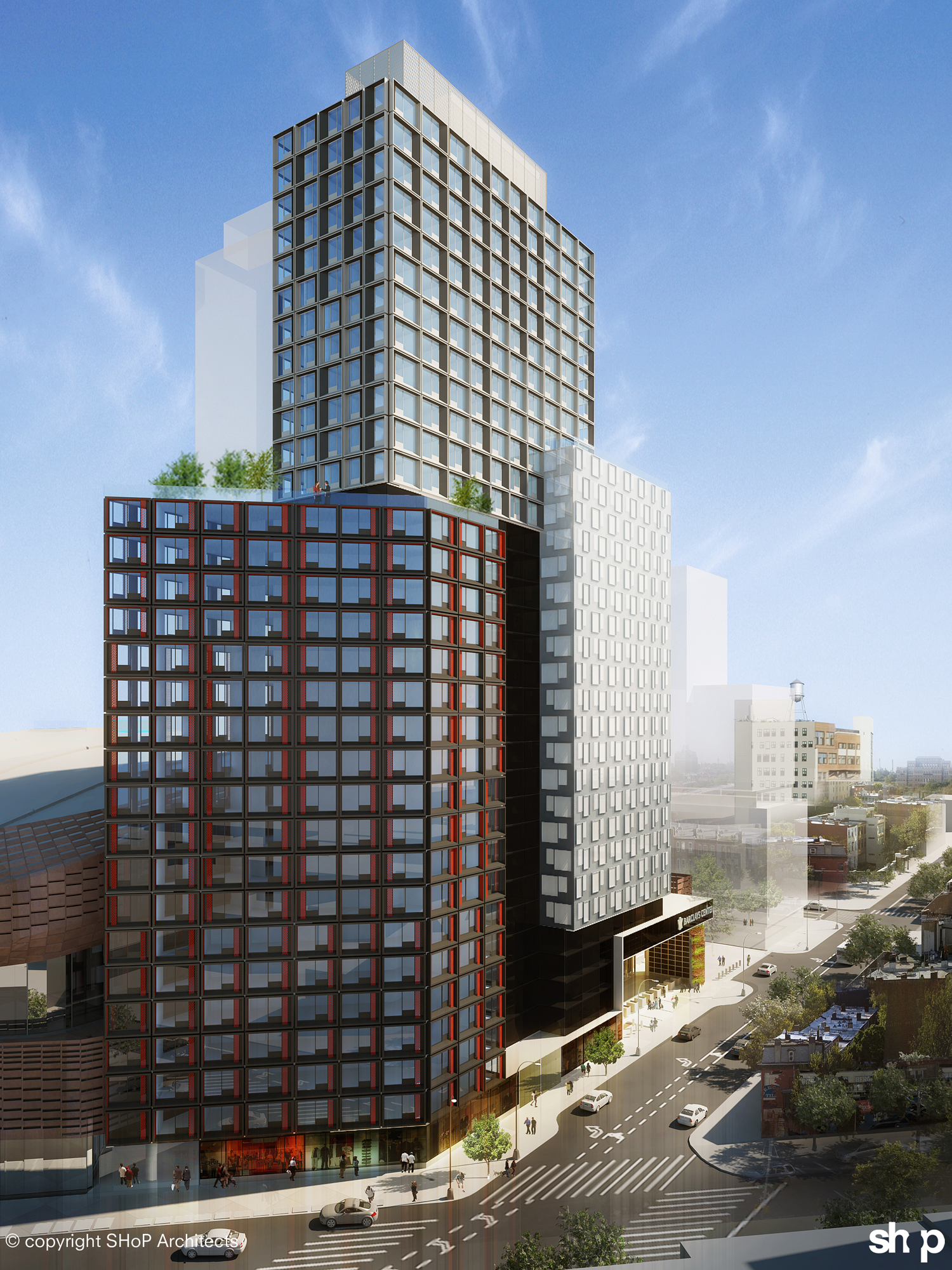 The firms announced the deal in a press release yesterday (Tuesday). The current litigation between the firms will not be affected by the agreement. Work on the residential tower B2 Brooklyn has been stalled for months due to disputes over delays and cost overruns between Forest City Ratner and Skanska.

By taking over Skanska’s ownership share for an undisclosed amount, Forest City hopes to get the project going again. But it may be a while before construction resumes, said a person familiar with the project.

“Basically it will take some time (for the factory) to ramp up and be operational again,” the person said, adding that Forest City Ratner will likely look for a firm with modular-construction expertise to replace Skanska on the project.

B2 Brooklyn, a tower straddling the Barclay’s Center in Brooklyn, was set to become the tallest modular residential tower in the world and was once billed as the future of affordable housing construction in New York. Units were built in an off-site factory, and the stacked on top of each other like shipping containers. But the FCRC Modular and Skanska Modular, who jointly operated the factory, soon ran into trouble with the pioneering technique.

While Forest City Ratner demanded that Skanska stick to the agreed-upon price despite cost over-runs, the construction firm wanted to renegotiate the terms of the contract and issued a stop-work order. The firms later sued each other over the costs resulting from the delays and work stoppage. The litigation is ongoing. займы на карту

Fight Night is this Friday