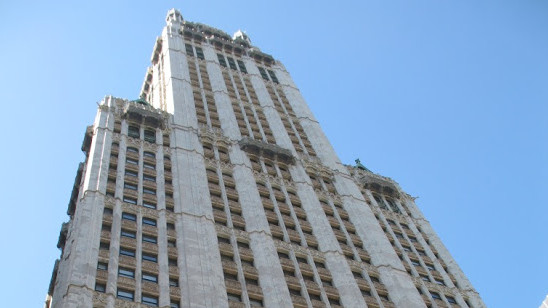 Savills Studley announced that the designer has signed a long-term lease for 11,516 s/f at the Woolworth Building at 233 Broadway for its New York offices.

The brand, which was launched in 2008, currently occupies 4,000 s/f at 21 Howard Street in SoHo. Altuzarra will relocate to a portion of the building’s 14th floor in August 2016. Asking rent was $59 per square foot.

According to Jeffrey Peck, who represented the tenant in the relocation and expansion, Altuzarra prioritized motivating office space that would enable the fashion company to continue to expand and maintain a sophisticated, chic environment.

“First and foremost, Altuzarra wanted a corporate office and showroom it considered inspirational — an office that both reflected the company’s culture and workforce and that would inspire creativity,” Peck said.

“The Woolworth Building is an iconic landmark known around the world. As one of the earliest U.S. skyscrapers, the building’s rich history provides an element of grandeur and distinctiveness that was attractive to Altuzarra.”

The 57-story Woolworth Building was completed in 1913 and at the time was celebrated as the tallest skyscraper in the world.

The building most recently set records with the highest-ever asking price for a condominium in Downtown Manhattan for the newly designed penthouse apartment asking $110 million.