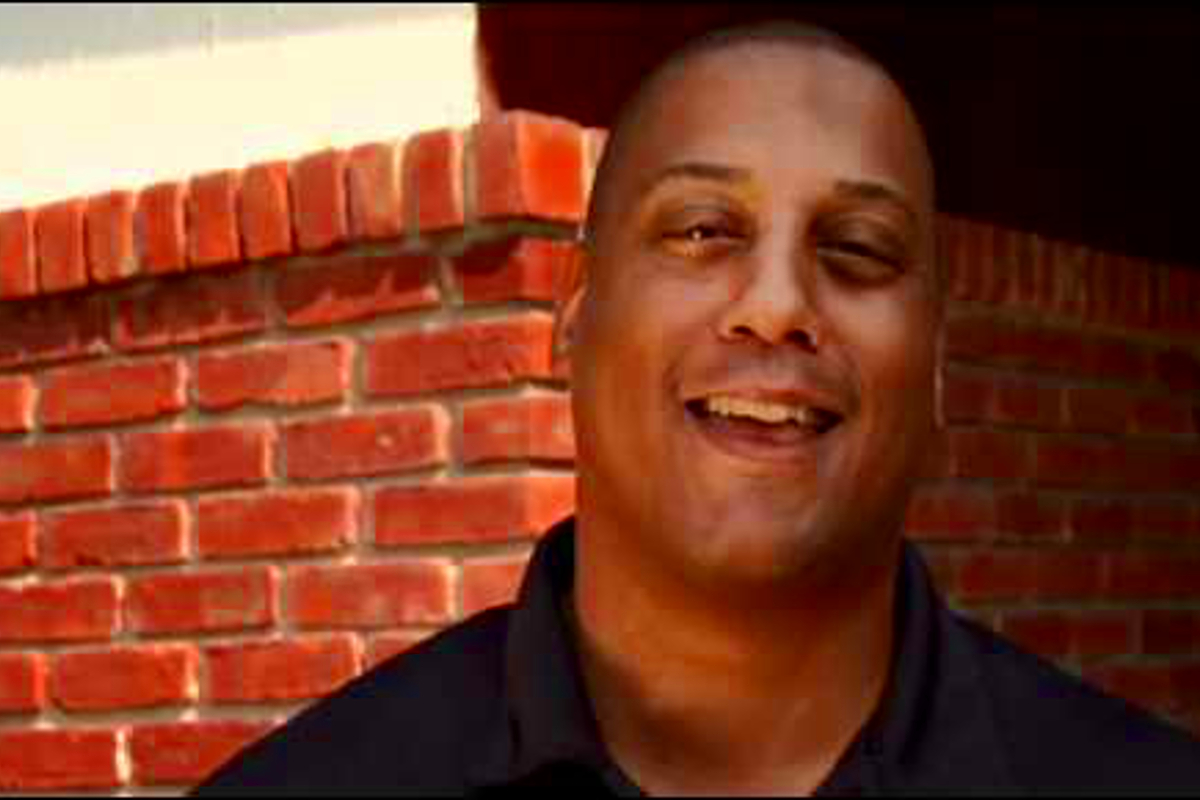 Ex-NBA player Tate George, who was sentenced to nine years in prison for running a $2 million real estate Ponzi scheme, has filed a fraud lawsuit against Jody Kriss and Michael “Chudi” Ejekam.

The pair, who used to work for the Bayrock Group, the firm that co-developed Trump SoHo, was accused of using their affiliation with President Donald Trump to commit fraud.

“In 2005, when local real estate investor C. Tate George was handed the business cards of two Trump protégés, he viewed them as tickets to the big leagues. Little did George know, however, that Michael ‘Chudi’ Ejekam and Jody Kriss were swindlers who used the Trump brand to lure investors, with no intention of ever turning a profit or returning investors’ money,” the court filing read.

The case, which was filed in Essex County Superior Court on January 31, focused on a real estate project in the Chicago suburb of Glenview, Illinois. According to court documents, George and Ejekam met through a mutual acquaintance at Goldman Sachs. Ejekam claimed to have a “leading role” in several Trump-branded projects, including Trump SoHo in Manhattan. In a previous report from the Real Deal, a representative from Bayrock said that Ejekam was a contractor and not an employee of the firm.

Ejekam served as a conduit between George and Kriss. According to the lawsuit, Kriss repeatedly invited George to his office in Trump Tower. The visits were supposedly meant to highlight Kriss’ connection to Trump. Kriss and Ejekam were also said to have repeatedly mentioned “Trump” and the “Trump Organization” to imply that Donald Trump was involved in the project.

Kriss, who said he is yet to be served with legal documents relating to the case, disparaged George’s suit, saying that it is part of a “fake news harassment campaign” meant to weaken his lawsuit against Bayrock. In 2010, he and Ejekam jointly sued Bayrock, accusing the company of fraud.

“This case is a total and complete waste of time. The only goal is for you to write a story that disparages me and maybe somebody else,” Kriss said. “The only purpose of this lawsuit is to appear in your story. It has no merit. No possibility of ever succeeding. It is merely part of a fake news harassment campaign, the motive of which is to stop me from pursuing the claims that I’ve been pursuing against them, which do have merit and have been ruled by a judge to have merit. So what they’re trying to do is to disparage me publicly to make my life miserable.”

To illustrate his point, Kriss, who said he met George “maybe twice in his life,” pointed out that the statute of limitations for fraud in New Jersey is six years. Since the alleged fraud happened between 2006 and 2007, this means that George has missed the deadline for suing. He also said that he didn’t need to make false claims over his ties with Donald Trump. To prove his connection to Trump, he sent a copy of the broker-dealer agreement for Trump SoHo. The document contained Kriss’ and Trump’s signatures as two of the four principals for the project.

In June of 2006, the parties agreed that Ejekam’s firm Baron Capital Management would be the lead developer in the project. Meanwhile, the former basketball player’s George Group brought in three outside investors: Ralph Ramsey, Howard Trachtenberg and Dwayne Taylor. In October of that year, Ramsey and Taylor made an initial investment of $50,000 each.

Before even closing on the property, Ejekam said that he already had a buyer lined up, according to court documents. In February of 2007, Ejekam complained of an “easement issue” and difficulties in flipping the property. Two months after, the relationship had soured to the point that Ramsey and Taylor asked for a refund. Ejekam refused, urging the investors to roll the funds into two other projects in Illinois. George claimed that he was left alone to deal with disgruntled investors. According to the filing, Ejekam soon stopped answering the phone and “absconded” with the funds.

The case adds to the long legal history for Bayrock Group. In 2010, Kriss, who now works as a principal and co-founder at residential development firm East River Partners, filed a lawsuit that exposed former Bayrock consultant Salvatore Lauria as a convicted felon turned mob informant. In 2014, Lauria retaliated with a summons that accused Kriss of “mob tactics.’ Last year, Bayrock executive Felix Sater was also named in a $250 tax fraud case involving projects such as Trump Soho and Trump International in Fort Lauderdale.

George, who played for the New Jersey Nets and the Milwaukee Bucks during a four-year NBA career, was convicted of four wire fraud counts. He reportedly used the funds for his own expenses such as back taxes and a television pilot. Among his victims were former NBA players Charlie Villanueva and Brevin Knight.

Extell to clear another site in Chelsea