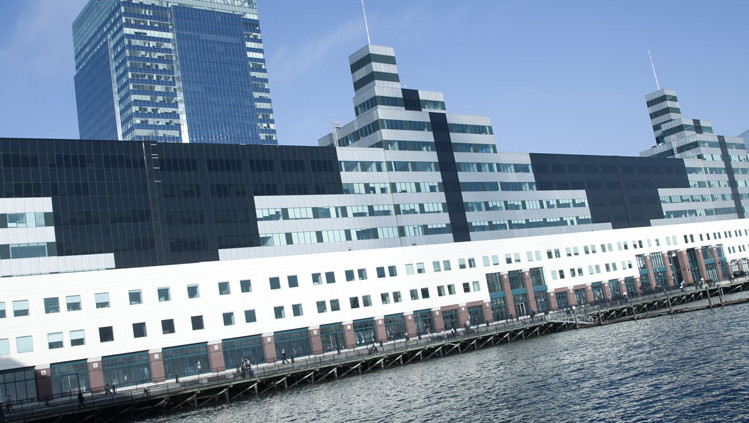 The floating rate loan has an initial term of three years with two one-year extensions.

“3 Second Street is one the best and most conveniently located office properties along the Hudson Waterfront,” said David Li, senior director at New York Life Real Estate Investors. “We are pleased to have the opportunity to finance this trophy asset and further expand our long-standing relationship with Dividend Capital Diversified Property Fund Inc.”

DPF said the deal was structured to advance $127 million upon closing plus another $19.6 million of loan advances over the next three years for leasing and improvements. Proceeds received were used to pay off other debt maturing in the near term which was at a higher borrowing rate.

Japanese financial services giant Mizuho subsequently subleased 107,187 s/f from The Charles Schwab Corporation, a lease that was renewed in July last year in a deal negotiated by Newmark Grubb Knight Frank. In a press release issued at that time, NGKF said the building has both large and small blocks of space ranging from approximately 1,500 s/f to 140,000 s/f becoming available in October of 2017.

The renovations were designed to “enhance and modernizeˮ the class A Hudson Waterfront property. The updated lobbies include a concierge desk, security turnstiles, a new tenant lounge area.

The current tenant roster at the building includes Bank of Montreal, Citgo Financial Services and Deloitte.