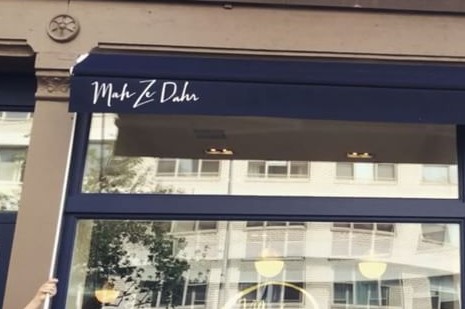 The 2,290 s/f shop at 28 Greenwich Avenue in The Village has been completely renovated to expand a window opening up to a rear court yard and create a usable lower level.

“They built a beautiful space and are an added addition to the positive changing face of Greenwich Avenue,” said Anita Grossberg, of the Sroka Worldwide Team, who represented Mah-Ze-Dahr along with Marie Espinal, of the Margolis Team. “We searched for around one year to identify the best location.”

Founded in 2003 by investment banker- turned baker Umber Ahmad as a wholesale bakery, Mah-Ze-Dahr has grown to become a popular purveyor of sweets and tweets whose customers include Oprah.

Ahmad has signed a 13-year lease for the new shop at 28 Greenwich, which will open tomorrow (Thursday).

Joshua Siegelman, of Winick Realty Group, represented the landlord in the transaction.