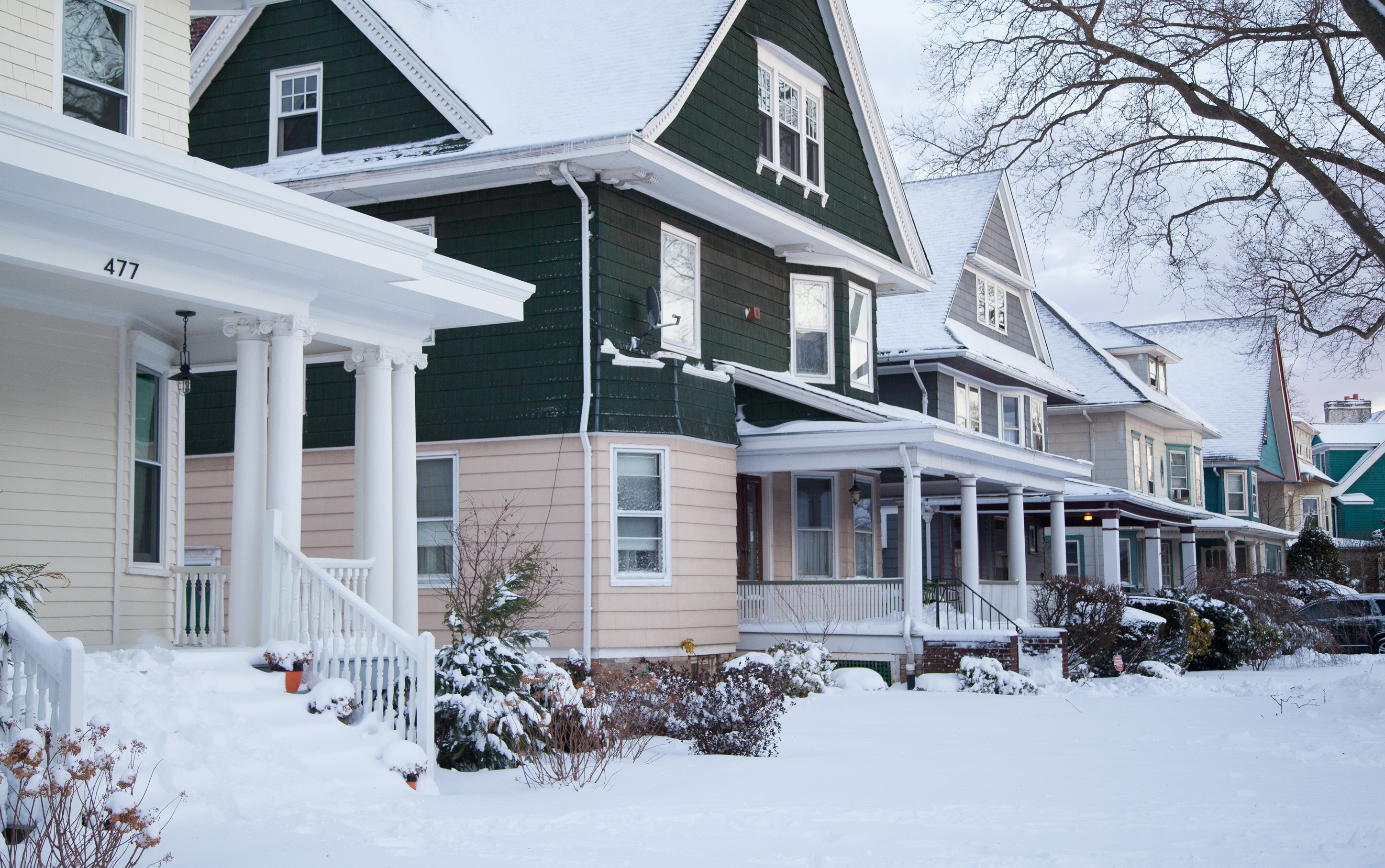 Ditmas Park is the film shoot favorite that savors its anonymity

The small but thriving neighborhood of Ditmas Park in Brooklyn, located just south of Prospect Park, is an under-the-radar area that most residents prefer to keep that way.

Victorian Flatbush is the largest collection of Victorian-era homes in New York City, according to local brokers, and it hasn’t gone unnoticed. The neighborhood is a favorite among film and production crews for commercials, TV shows and feature films.

So it’s not a surprise that a neighborhood that facilitates the creation of art draws many creative people looking to live there.

Jos Mansell is an agent with brokerage firm Mdrn. Residential and has found a niche selling homes in Ditmas Park to buyers in creative fields like advertising and tech. Mansell himself is a 20-year veteran of the advertising industry. Last year he transitioned to residential real estate and has found success matching his clients with free-standing homes in Ditmas Park.

“It was almost like ididn’t have a choice to work with past business people and associates,” said Mansell. “A lot of times the real estate market is driven by realtors, they market certain areas and drive the market price in that area, and this was the opposite, and I was kind of led there by my clients.”

Mansell found that many in the creative fields in New York City are transplants from other states, and the idea of living in a home with a yard and trees is reminiscent of the suburban environment where they are originally from.

Once they discovered Ditmas Park, they found a lot more than just single-family homes with a yard (and driveway!) to like. The commute to Manhattan isn’t actually that bad – two express trains run from the neighborhood to the city, making the time spent traveling the same as living in Astoria or Bushwick.

“They’re not interested in a board looking over their every move, or neighbors having a say in how they want to renovate their living space,” said Mansell.

Mansell has worked with clients from some of the city’s biggest ad agencies who are looking to leave Manhattan for more space for their families.  “People are having kids, and from a family standpoint, [Ditmas Park] is the perfect place to raise kids,” he said. “There are so many things that are driving them – a sense of community, being able to renovate, a sense of autonomy, and the price per square foot is half of what Tribeca and Soho are selling for right now.”

Born and raised in Ditmas Park West, Alexandra Reddish is a third-generation real estate broker with Mary Kay Gallagher Real Estate, a firm founded by her grandmother in 1970 in Ditmas Park.

While some things have changed over the years, most notably the upgraded retail and restaurants on Cortelyou Road, the neighborhood’s main drag, the things that have endured are what keeps the neighborhood so special.  Many of the neighborhood’s stately Victorian homes have been lived in by the same families over multiple generations. “That’s what’s great about our neighborhood, you never know who you’ll run into,” said Reddish, who still lives in Ditmas Park with her husband and three sons.

While working with sellers, Mansell has seen inside rooms bearing mementos from the last several decades, and in one case, a basement that hadn’t been opened since the Great Depression. “They’re like time capsules,” said Mansell.

Perhaps Ditmas Park’s most famous resident is Oscar-nominated actress Michelle Williams, who purchased a 116-year-old mansion in the neighborhood in 2015 for $2.5 million. Williams is currently living elsewhere while the home is being restored to its original glory.

Million Dollar Listings star Ryan Serhant has brought some attention to the area lately with two homes he has marketed in the neighborhood, one at 1305 Albermarle Road that closed last month for $2.75 million, and a current listing at 916 Albermarle Road that is going for $2.24 million.

Mansell says he has two to three clients a month looking specifically for Victorian homes in the Ditmas Park area, and an “untold” amount of renters looking at the area, which has a large supply of rent-stabilized apartment buildings.

“It’s not like you have 50,000 people beating down the doors, it’s a tight-knit, select few looking to purchase, the inventory is tight, so it’s this weird homeostasis,” said Mansell.

And when they do purchase, some buyers rent out their homes to production crews for filming purposes, netting them anywhere from $2,000 to $10,000 a day. One homeowner Mansell knows has paid his mortgage the last four years by renting his house out for production crews.

While Ditmas Park is popular for filming and has attracted a few celebrity neighbors, it hasn’t been hit by huge rental or sales price increases like many other Brooklyn neighborhoods that have experienced an influx of residents looking for more bang for their buck.

Well-maintained homes or those that have had a good basic restoration list for between $1.7 million to $2.2 million, according to Mansell.

“Which if you think about it, in Manhattan, you get the same thing for two bedrooms in a co-op, with no outdoor space and a nosy neighbor that chain smokes,” he said.

Rental prices in Ditmas Park are well below Brooklyn averages. According to a Douglas Elliman rental report for December 2016, the median rent in Brooklyn was $2,700. Currently, the median price for a studio in Ditmas Park is $1,475, for one bedrooms $1,750, and for a two-bedroom apartment $2,075, according to Streeteasy.

Mansell, who is looking to buy in Ditmas Park himself in the next couple of years, is happy to have found this unique corner of Brooklyn. “If I could work in Victorian Flatbush for the rest of my life I would,” he said.

Big sell underway, but no buyers in NYC apartment market