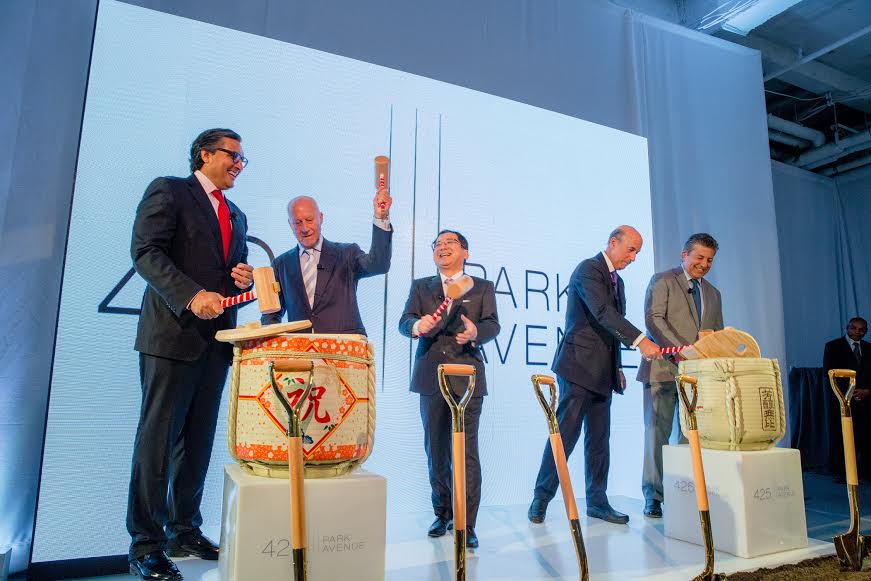 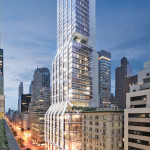 L&L Holding also recently announced that 425 Park would be the first New York City office tower to achieve WELL certification, which recognizes innovations to enhance the health and well-being of a building’s future occupants.

“425 in and of itself is this unique, one-of-a-kind development opportunity,” L&L chief investment officer Robert Lapidus told Real Estate Weekly.

“Midtown in and of itself is like the blue on the Monopoly Board and you’re building the best building you can based on that location.”
But can a new-look, high-end commercial building like this one spur greater change in the antiquated Midtown?

“You have to look at Midtown holistically and you have older buildings that are not 21st century buildings. I think this (development) shows people what the possibilities could be (if more zoning changes came to Midtown),” Lapidus said.

“It’s hard to say that this building itself does something for Midtown but because of what’s happening on our corner and what’s happening across the street at 432, you sort of have best in class office building and best in class residential on both corners,” added Lapidus, who is confident that eventually zoning regulations will be altered so that more new construction can occur in the area.

“There might be different ideas and strategies for how to get there, but I think at the end of the day the constituents and the developers and respective tenants all want midtown to have modern 21st century buildings. Because that common thread is there, my instinct is something good will happen,” added Lapidus.

During the ground breaking ceremony, L&L Holding also announced an agreement with famed Chef Daniel Humm and Restaurateur Will Guidara — the proprietors of three-Michelin-starred Eleven Madison Park, recently named the number one restaurant in America by the World’s Top 50 Restaurants list, and The NoMad — for their third New York City restaurant, which will open at the base of 425 Park Avenue when it is completed in 2018.

After winning an international architecture competition conducted by L&L Holding in 2012, Lord Norman Foster worked with L&L Holding to design the office tower, which will include a 45-foot tall grand lobby, two 38-foot tall transitional floors.

One of the transitional floors will serve as an amenity floor for the tower’s inhabitants, and a 38-foot tall penthouse floor with 360
degree views of Manhattan and beyond.

In addition to Lord Foster, L&L Holding co-founders David Levinson and Lapidus were joined at the event by GreenOak co-founder and partner Sonny Kalsi, and Tokyu Land Corporation President and CEO Hitoshi Uemura.
L&L Holding is serving as lead developer for 425 Park Avenue. GreenOak is the co-managing partner, and Tokyu Land recently joined as co-equity partner and co-developer.

“We are thrilled to celebrate this milestone, which has been ten years in the making,” said Levinson.

“Since acquiring the future rights to 425 Park Avenue, L&L Holding and our partners have worked diligently to design and develop a tower that will fundamentally redefine the modern office environment while enhancing the timeless allure of the fabled Plaza District.”
GreenOak co-founder and partner Sonny Kalsi said, “Everyone associated with this project recognizes this as a rare chance to set a new standard for the modern workforce and create a modern yet enduring legacy on Park Avenue.

“We are thrilled to work with L&L Holding, Lord Foster and Tokyu Land to turn this incredible vision into reality.”

Tokyu Land president & CEO Hitoshi Uemura added, “As a company devoted to sustainable and growth-oriented development projects overseas, we believe we have found the perfect project and a wonderful group of partners for our first New York City project.”

Demolition of the current 425 Park Avenue building will be conducted over the coming months.

Completion and opening of the new 425 Park Avenue office tower is scheduled for 2018.

On the scene: Outer Boroughs retained in LIC, Ross and Zhu in Queens