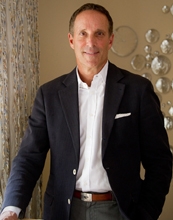 Developers catching on to computerized living

Science-fiction film-makers like to portray Manhattan as the place giant sea monsters go to topple over hapless skyscrapers. But judging from recent developments, it would be more realistic to shoot a movie in which the skyscrapers themselves start walking around.

They offer automated parking, digital doormen, remote-controlled lighting and charging stations for electric cars, to name just a few of the amenities that have recently grown in popularity.

Brokers say this computerization of living is a reaction to buyers’ tech-heavy lifestyles. Technology has become a major selling point — if not a pre-requisite for success — and developers are racing to gain an edge by including as many new gadgets as possible.

“Five years ago, buildings were amenity driven. It was all about party rooms, play rooms and gyms,” said Richard Steinberg, a top broker at Warburg Realty. “Now, everything is tech driven: the more cutting-edge, the more desirable.”

Steinberg was recently involved in the planning of 230 East 63rd Street, a six-story condo building that hit the market in January. “Everything came down to what kind of technology we can introduce to add value,” he recalled.

The developers decided to pre-wire all units with a remote-control system that several other new developments have also adopted. The system allows residents to adjust heat, lighting, music and window shades in the apartment from pretty much anywhere in the world.

“Buyers don’t want to walk in and turn on the heat on a cold day, they want it to already be warm,” argued Steinberg.
Units in the Baccarat, a 50-story tower developed by Tribeca Associates and Starwood Capital, will have a similar system, with the added benefit of enabling residents to order room service from the hotel occupying the building’s lower levels.

The trend towards computerization doesn’t stop at the apartment door, and common areas in new developments are often brimming with cutting-edge technology.
Virtual doormen, a technology that started appearing about 15 years ago, are particularly popular in smaller apartment buildings. Screens at the building’s door are monitored by a distant operator, who can open doors, accept packages or arrange food delivery much like an actual doorman would.

One producer, a New York-based company called Virtual Doorman, boasts that the technology “provides 80 percent of the service of a traditional doorman at less than 15 percent of the cost.” A spokesperson for the company said it currently services 200 buildings in New York City and has seen growing demand recently.

Alongside virtual doormen, smart elevators and building-wide wifi have almost become a fixture in new developments, making them more efficient and cost-effective.  “With the rising importance of streamed TV content and with the growing number of professionals working from home, Landlords that are unable to offer their residents with access to a fast network are not able to compete,” said Mario Gaztambide, vice president of Residential Properties at LeFrak, adding that the company fitted its Jersey City development Newport with Verizon Fios cables.

Computerization has extended to parking garages as well, where automated parking and docking stations for electric cars are more common.

But technology in buildings is often as much about fun as it is about efficiency.

Take for example The Lara, a 30-story rental building on Nassau Street in the Financial District developed by the Friedman family. Its common areas feature outdoor TVs, video-game consoles, an interactive boxing machine and a sonar sound system that wirelessly connects your iPhone to the building’s wiring.

One reason for the abundance of tech toys is that The Lara is geared for young professionals, including those employed in the booming tech sector. Sha Dinour, whose brokerage Triumph Property Group markets the building, said several tenants work for tech companies downtown or in nearby Midtown South.

Eric Benaim, CEO of brokerage Modern Spaces NYC, said he is involved in the planning of a 16-story tower in Long Island City that will have building-wide wifi, work stations in common rooms, as well as Zipcars and charging stations for electric cars in the garage.

“The building is right across from Roosevelt Island and the Cornell tech campus. We’re building it now in hope of targeting all the tech-industry employees,” explained Benaim. The demands of a growing tech workforce may be one reason for the abundance of technology in new development, especially below 23rd Street or in Brooklyn. But brokers insist the phenomenon is now universal beyond a certain price point: well-heeled tenants demand technology, whether they’re computer programmers, lawyers, bankers or chefs.

“In the last several years, the automation concept has gone from fun extra to almost a required service for developers,” claimed CEO Stephen Kraus, adding that his company has outfitted dozens of buildings in New York City.

While technology has become crucial for developers looking to gain an edge, it also carries risks. Most notably, an expensive technology installed today could become obsolete in a few years.

But Barrocas doesn’t believe these risks should deter developers from bringing in the latest gadgets.

“You have so many different technologies, and you can never stay out of it,” he said. “It’s just kind of the world that we live in.”