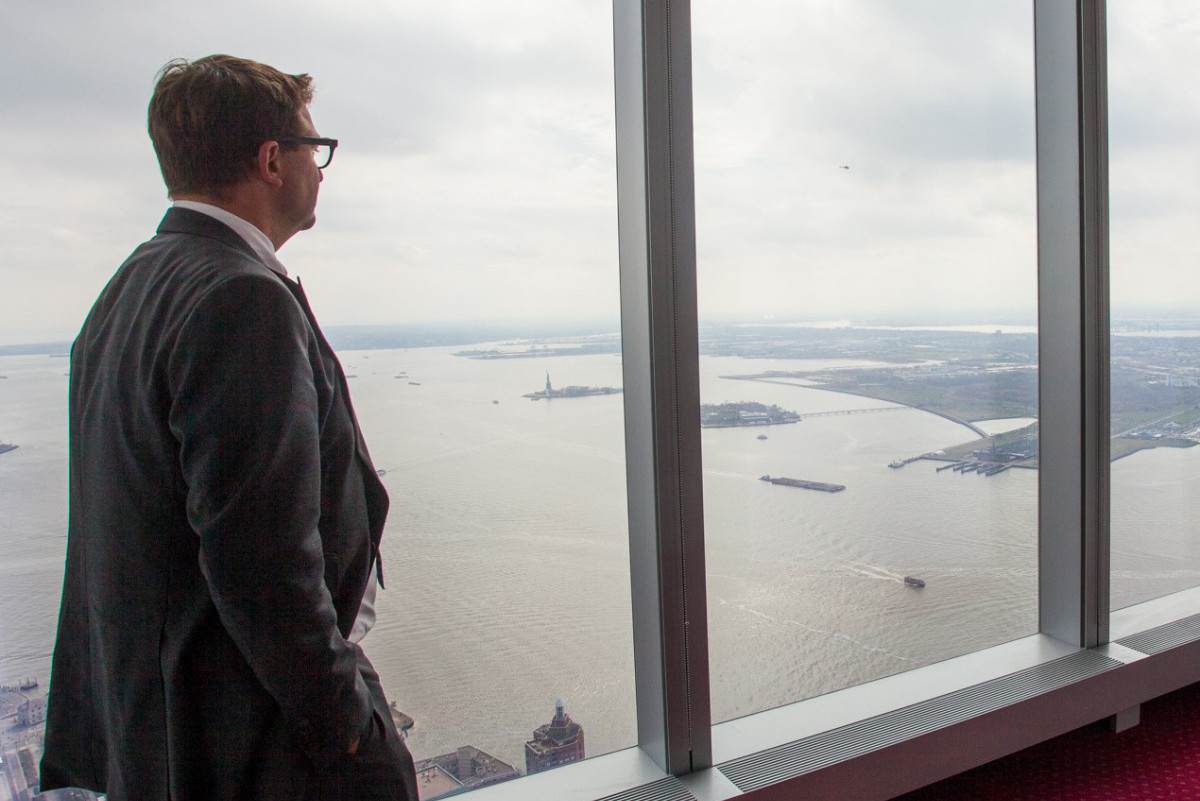 Nowadays, co-working spaces are no longer just for freelancers and small start-ups.

Corporations with offices in different continents are now paying for outposts in transient workplaces in hopes of retaining workers while avoiding a long-term office lease.

This is the case in the shared offices of Australian company ServCorp, which rents out 35,000 s/f in One World Trade Center.

ServCorp has just announced that it has rented 70 percent of its space at the building, driven by deals with companies such as Flagship Properties, One World Trade Observatory and Techwood Consulting. ServCorp took eight months to close the transactions.

In a press release, ServeCorp said that it hosts corporations in real estate, financial services, technology, fashion and law in its four locations in New York City.

“At Servcorp, we believe that all companies should have access to the highest caliber of space at prices they can afford. The continued growth and popularity of our four New York City locations is a testament to the demand for this type of five-star serviced office and co-working space,” said Melanie Gladwell, Servcorp’s senior vice president.

ServCorp’s clientele are part of a growing movement. According to CBRE’s occupier survey released earlier this month, even Fortune 500 companies are relocating employees to co-working spaces, and it’s not all for financial reasons.

“The employees these companies want to attract and retain regard blending work and life as integral to their happiness and success, while innovation is often linked to exposure to new ideas and perspectives. Because co-working facilities can offer employees more choice while also increasing their exposure to new people, networks and ideas, many organizations are beginning to explore offering access to them as part of their broader real estate strategy.”

The co-working industry grew tremendously in 2015, and analysts expect stronger numbers this year. The co-working industry in the US is expected to grow at an annual compound growth rate of 21 percent over the next five years.  WeWork, which was recently valued at $10 billion, has grown to become one of the most prolific collectors of office leases in the city. For the first half of 2015, it accounted for more than half a million square feet of office space in the city.

According to the CBRE survey, 40 percent of respondents said that they were considering leasing shared office space. This is in spite of rising rental prices. For the third quarter of last year, average asking rents rose 4.8 percent nationwide compared to the same period last year.

Servcorp announced yesterday (Tuesday) that it has signed a lease to double the size of its location at 1330 Avenue of the Americas. Due to a 20 percent increase in occupancy and a surge in demand, the company’s 6,440 s/f space at 1330 Avenue of the Americas will expand by 3,760 additional square feet. Once the build out of this space is complete, Servcorp will occupy the entire 23rd floor of the building, bringing the total square footage to 10,200 with 22 private offices, a dedicated coworking lounge and continuance of virtual office memberships.

Servcorp said it expects to continue to grow its New York locations in the near future, including the exploration of new buildings to add to its roster.

Brooklyn market expected to dip as 421-a tax program expires