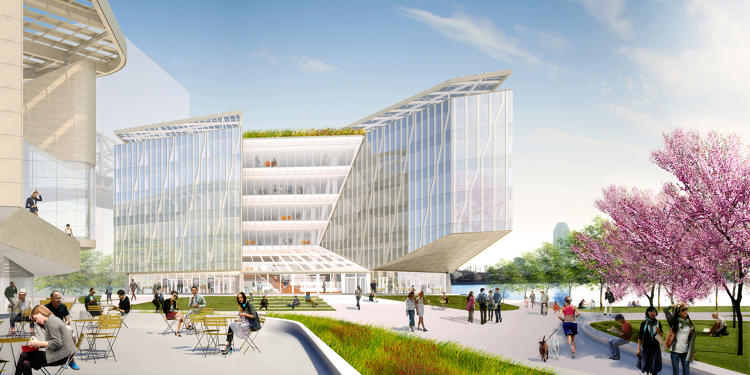 Citigroup will be moving to Forest City Ratner’s The Bridge at Cornell Tech, one of the first three buildings in the 12-acre campus. The company, which is expected to move in during the first quarter of next year, will relocate 70 to 80 employees to the new facility.

“Co-locating in The Bridge with companies, entrepreneurs and students will create an energized environment that fosters innovation and enables interaction with a wide range of emerging talent,” said Don Callahan, Citi’s head of operations and technology. “As a firm headquartered in New York City, we are excited to be a part of this initiative with Cornell Tech that will develop and strengthen the City’s technology talent and industry.”

“Dedicated to uncovering emerging technologies and creative results for their clients and customers, Citi is a great fit for the dynamic environment at The Bridge at Cornell Tech,” added MaryAnne Gilmartin, the president and CEO of Forest City New York.

The deal is part of a collaborative effort between Citigroup and Cornell Tech. According to Citigroup, they will partner with Cornell Tech faculty and students to explore “real-world solutions” for blockchain, biometric authentication and Internet of Things. As part of the initiative, City will organize events such as hackathons and design sprints.

Next month, the Bridge is set to open along with the Bloomberg Center, the campus’ first academic building, and The House, a residential building for graduate students. Tech investment firm Two Sigma will be the inaugural tenant at the facility.