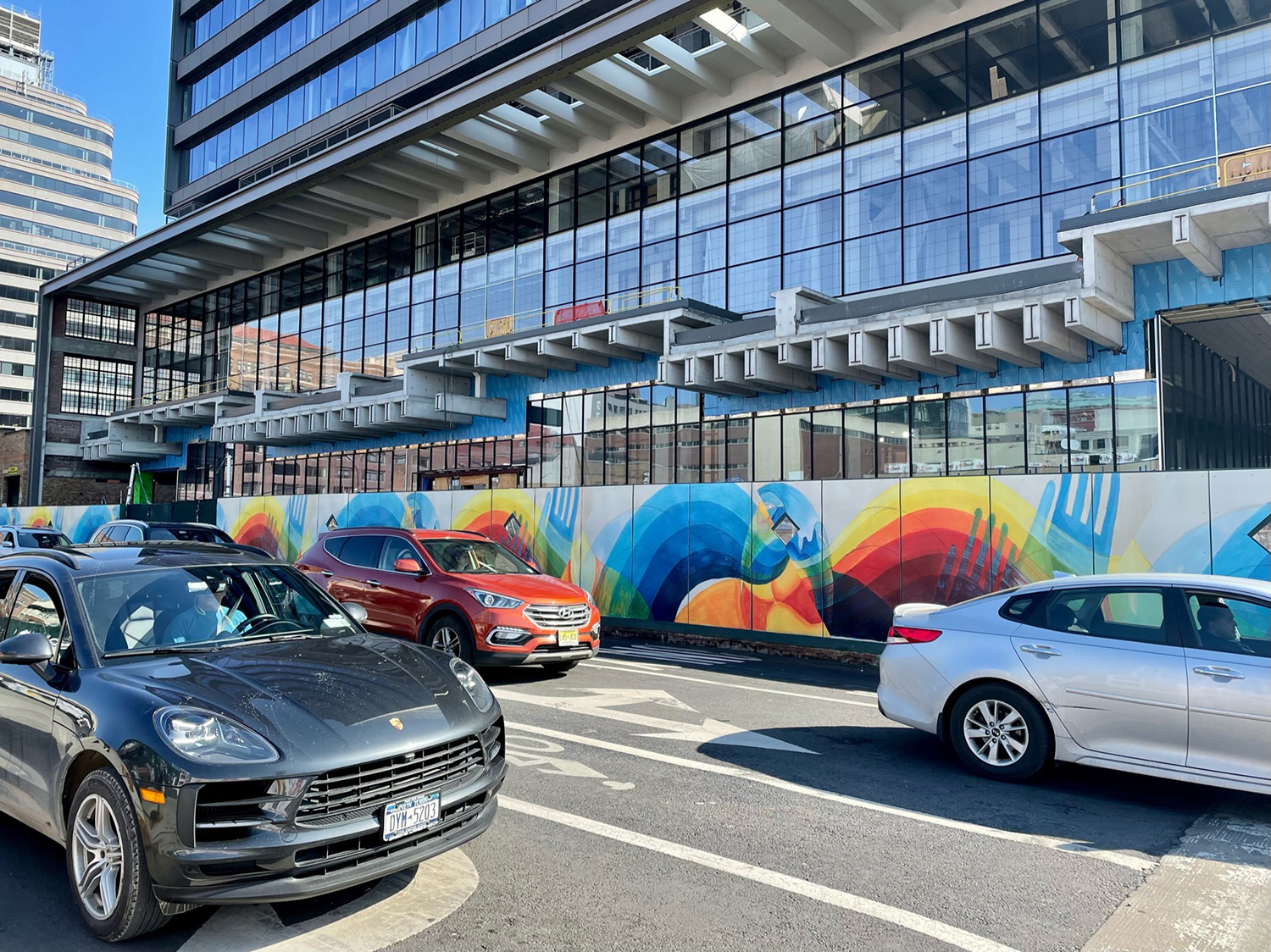 The exhibition is meant to suggest the possibility of outpourings of radiant and peace-filled communication, and to provoke discourse, documentation and new designs on the subject of peace for and by children.

“We are honored to gather the public together in an attempt to provide peace and healing through the powerful work of Tomashi Jackson, made even more impactful by the contributions of the child-artists of New York, and their unique visions of what our world can be,” said Seth Cameron, CMA Executive Director.

The partnership between CMA and ArtBridge highlights the Museum’s continued commitment to inspiring global conversations and fostering meaningful ties between the children of New York and the greater artistic community.

“New York City has more than 300 miles of street-level construction fencing — a staggering amount, which affects the vibrancy of our city. We are thrilled to work with Tomashi Jackson, dozens of local youth and the Children’s Museum of the Arts, to turn this space into a communal asset,” said ArtBridge’s director, Stephen Pierson.

The installation is produced by ArtBridge with support from Google and Oxford Properties. It is part of City Canvas, an initiative of the NYC Department of Cultural Affairs that transforms the city’s temporary protective structures into sites for the display of art driven by collaboration between local artists and communities.

“Oxford Properties is proud to partner with ArtBridge to help deliver inspired public art, increasing the vibrancy of the Hudson Square neighborhood,” said Dean Shapiro, Head of US Development at Oxford Properties. “Tomashi Jackson’s mural will be the perfect addition to the St. John’s Terminal campus, whose design was always about promoting interaction, community and light.”

“Collaborative public art projects have the power to bring people together to create collective visions for shared space — both imaginative and real,” said Kendal Henry, Assistant Commissioner for Public Art at the NYC Department of Cultural Affairs. “We thank ArtBridge, Children’s Museum of the Arts and artist Tomashi Jackson for realizing this exciting City Canvas project with local youth and activating these protective structures to enrich NYC’s public streetscape.”