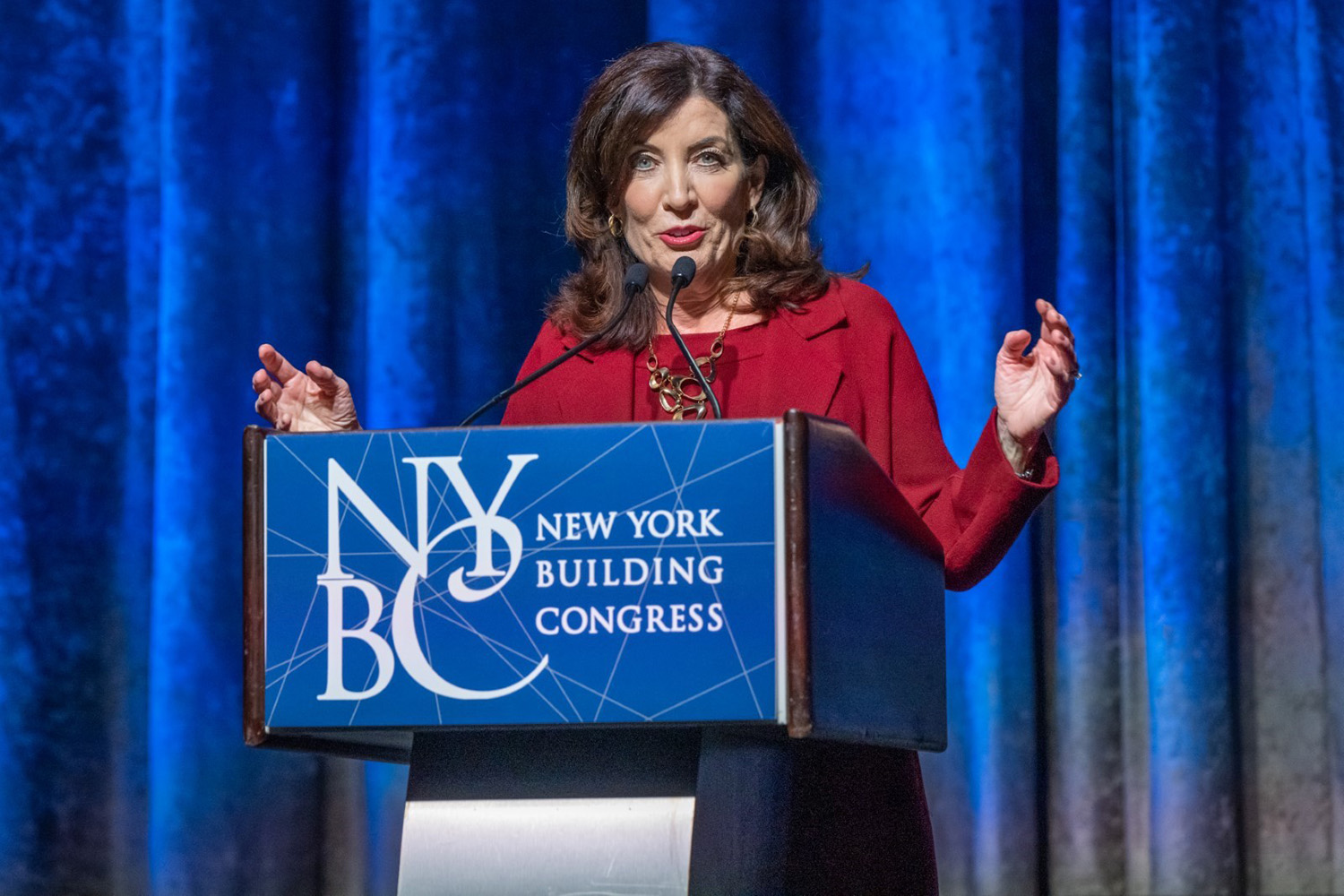 The New York Building Congress celebrated prominent building and construction leaders who are helping to shape the city’s future at its annual Industry Recognition Gala on Wednesday night at the New York Hilton Midtown.

“Our annual Gala is an occasion to convene our friends and partners across the building industry to celebrate another year of growth and shaping New York City’s skyline,” said Carlo A. Scissura, President & CEO of the New York Building Congress. “We have so much to be proud of this year – from all-time high construction spending and delivering critical projects that serve New Yorkers, to the rollout of the historic federal Infrastructure Investment and Jobs Act. The Building Congress is honored to represent the hardworking women and men who make it all possible, and we’re excited about what the next year will bring. We’ve got big plans — stay tuned!”

“We value the collective support of all those who attended the gala and continue to push the industry forward,” said Ralph J. Esposito, Building Congress Chair and President of the Northeast and Mid-Atlantic Region at Suffolk. “It is an honor to serve as the Chair of the Building Congress during such a pivotal time for the building industry, which has driven economic growth and job creation over the past year, and is delivering projects and developments that will make our city stronger.”

George E. Leventis was honored for his leadership within the building industry. He has provided engineering services for residential, commercial, and industrial projects for over 30 years, and he has worked on a diverse array of infrastructure projects — from waterfront and offshore structures to supertall buildings. Now serving as the Managing Director of Langan and the Director of Langan International, a premier provider of land development engineering and environmental consulting services, Leventis has led the organization to great success. He has expertly led the company on a variety of critical infrastructure projects including the Hudson Yards redevelopment and 56 Leonard, playing a large role in building the city’s modern skyline.

Jennifer L. Stone, Partner of Robert A.M. Stern Architects, LLP, was recognized for her commitment to young professional development. Having been with Robert A.M. Stern Architects for over 20 years, Stone has since been commended for her expert project management skills and her dedication to building up future industry leaders. She played a large role in launching an office-wide mentorship and leadership program at the firm and is an active member of the ACE mentorship program – paving the way for future leaders in design and construction.

Elizabeth Velez, President of the Velez Organization and former Chair of the New York Building Congress, was honored for her superior leadership in the building industry for over 30 years. Velez can take credit for hundreds of projects which have come to fruition under her direction – including over 600 units of housing made affordable by State and Federal grants in the Bronx and Harlem, and over two billion dollars of significant educational, healthcare and large-scale projects throughout New York City’s five boroughs. Velez is also responsible for much of the growth and success of the Building Congress by serving as Chair for two years, including during its Centennial celebration.

Louis J. Coletti, President and CEO of the Building Trades Employers Association, was recognized at the Gala. Coletti served as President and CEO of the New York Building Congress from 1986-1993. Coletti has over 30 years of experience in the building industry and is one of the city’s leading advocates for construction contracting. He has been recognized as one of the top 100 most influential business, civic and labor leaders in New York City by City & State for the last five consecutive years.

The New York Building Congress presented the George A. Fox Public Service Award to Metropolitan Transportation Authority Chair and CEO, Janno Lieber, for his outstanding contributions to one of the city’s most important infrastructure assets. Since being appointed the Chair and CEO of the MTA in January 2022, Lieber has worked tirelessly with the city and state to promote greater subway safety and accessibility for all riders while also working to combat post-pandemic staffing shortages.

Established in 2002, the award honors the extraordinary legacy of George A. Fox, P.E., a man of enormous vision and dignity. Mr. Fox inspired the industry through his unsurpassed construction expertise, and this award in his name celebrated his exceptional commitment to New York City, the education of its youth, and public service.