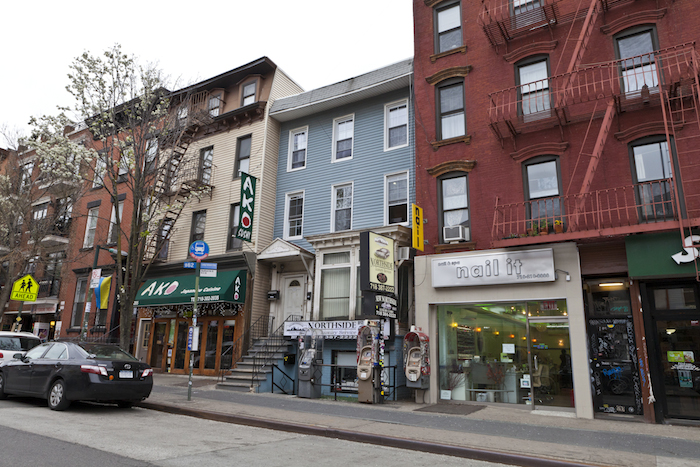 Brooklyn retail on the right track

Brooklyn top retail corridors experienced a good summer once again, with average asking rents increasing in eight of the 15 corridors tracked, according to a report from REBNY.

Price growth for available ground floor retail space improved modestly in the summer of 2016 compared to last summer in the eight corridors, while the other seven retail zones tracked experienced small decreases or no change from the previous year.

Despite fears over the impending L train shutdown, the strongest rent growth happened in the heart of Williamsburg, along North 6th Street between Driggs and Kent Avenues. An increase in available spaces at new developments that are not ready for possession helped to push the average asking rent up 24 percent year-over-year to $259 p/s/f for ground floor retail space.

On the flip side, a rise in availability of mid-block spaces in the same Williamsburg corridor led to a six percent decline in average asking rents, to $144 p/s/f on North 4th Street between Driggs Avenue and Kent Avenues, and in Cobble Hill, a 10 percent decline to $145 p/s/f on Court Street, between Atlantic Avenue and Carroll Street.

“Retail space coming onto the market from new developments are diversifying retail opportunities and driving up asking rents in these top Brooklyn corridors,” said REBNY president John Banks in a press release. “Furthered by the desirability for unique retail options and foot traffic from visitors and local residents, retail real estate continues to be strong in demand in the borough.”

Peter Levitan, a retail leasing broker and managing director at Lee & Associates, is a member of REBNY’s Brooklyn Retail Advisory Group and chair of the Commercial Brokerage Brooklyn Committee.

Back in February, when news first broke of the potential L train shutdown, Levitan was one of many real estate brokers, small business owners, and residents that attended a town hall meeting to find out more information. He told Real Estate Weekly then that despite fears, he expected rents to stay the same or increase, due to the amount of new development slated to open.

“The L train closure is just one factor impacting the market,” said Levitan in a press release announcing the report.

“Immense future development, trends in alternative transportation, and imminent changes in Williamsburg’s retail landscape have the potential to offset any loss of ridership. And once the construction is finished, the tunnel’s improved infrastructure will be able to accommodate more reliable and increased service to feed the retail landscape in Williamsburg and beyond.”

Since REBNY’s first Brooklyn Retail Report in the summer of 2015, the Bedford Avenue retail corridor in Williamsburg, defined as between Grand Street and North 12 Street, has maintained the highest average asking rent for ground floor retail space in Brooklyn. This summer, the average asking rent hit $373 p/s/f, a seven percent increase year-over-year.

In Brooklyn Heights, average asking rents along Montague Street, between Hicks Street and Cadman Plaza, increased 27 percent to $190 p/s/f this summer, compared to last year. The sharp increase was attributed to an influx of new retail availabilities.